Time to finally get my hands on some Series 1 down at the LCS, and to commence working on this set. After working on Archives and Heritage in '15 and '14 respectively, it is nice to return to flagship for the first time in a few years. 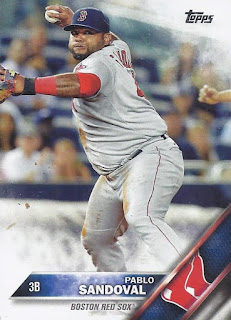 Unlike the other blogs that gave you Bryce Harper's mug on the package for their cards, I figure you've seen enough of him, and will instead show you my first card of 2016. 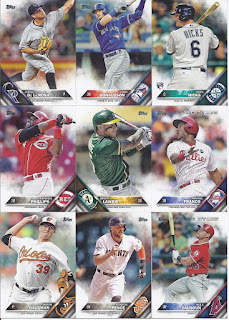 And since it worked out pretty nice in terms of fitting cards on the scanner, I think I'll just scan everything in this pack. The first group of your standard vertical cards is pretty bland, but I did get my first Blue Jays card of the year. Josh gets one of the positions of honour in the set, with the #200 on the card back. 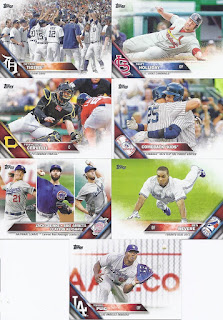 Things get much better with the horizontal cards, photographically speaking. The Ben Revere was nice, but the Puig is even nicer. The white background in the advertisement gives the card a complete full bleed feel. 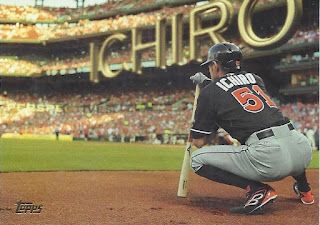 These perspectives cards are gorgeous, and really the only subset I could see myself making an effort to complete. 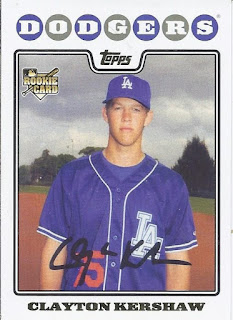 With the back of the card giving some information on the player and the set this was from, I kinda like this reprint set, and could at least see myself going for the interesting designed cards from the past. Although I would rather not see current players in the reprint set. 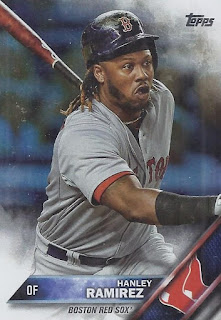 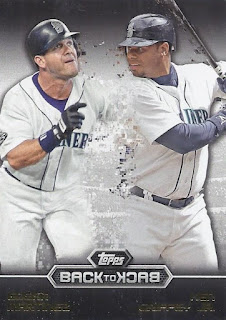 Given that this particular card does salute 90's players, I like that the middle of the card has quality on par with trying to watch a RealPlayer video from the 90s. 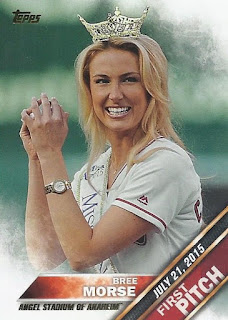 And if you thought the first part of the pack was a little short on base cards, you'd be right, since this thick card was right in the middle of the pack. My first metal framed card! I love the photograph on this as well, so despite it not hitting one of my PCs, I'm still pleased with this pull. Of course, should there be a Braves/Maybin fan out there that has a Jays/Mets version of one of these, I'd be all ears for trading. 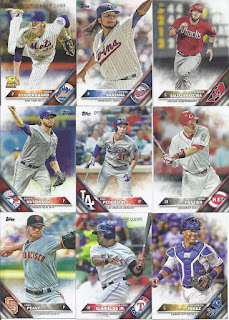 And there you have my first Mets card of 2016 (although since I was in the Nachos Grande break, I'm not too concerned about acquiring their cards). The Goldschmidt is probably the first vertical card in this that I really like. 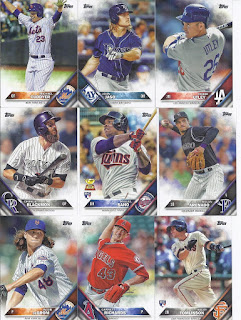 And more Mets as the pack wraps up. Nice farewell card for Cuddyer.

And that's the pack, with exactly 10 percent of the base set done. More next week.
Posted by buckstorecards at 09:47