My best repack pull - EVER

I rather doubt I will ever pull everything this spectacular from a repack product again.

To start at the start, as some are wont to say, Matt over at Cardboard Conundrum posted a recap of his busting of a 20 pack and hit repack from Target. I was near a Target this morning, and decided to see if they had one. They had some hockey and football. Seeing as I'd seen a hockey one busted in blog-land, I figured I'd try the football.

The contents were as followed:

And the hit as well.

The best ever repack pull wasn't the hit.

It actually came from the rack pack of 2012 Topps. 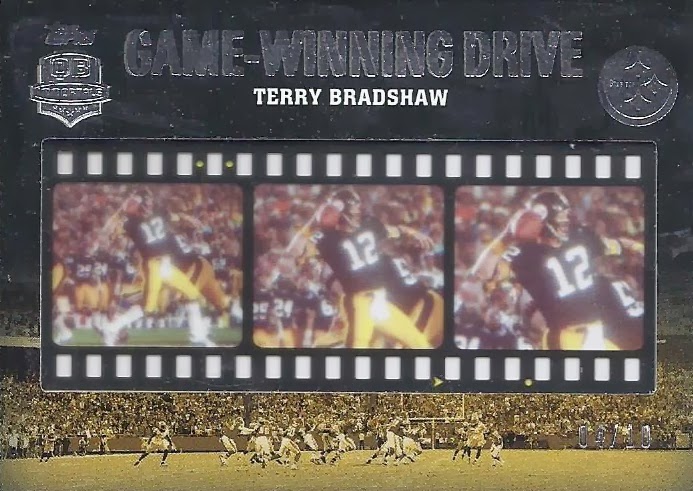 I actually thought this was merely a nice looking insert until I looked in the lower right corner. This beauty is numbered to 10. 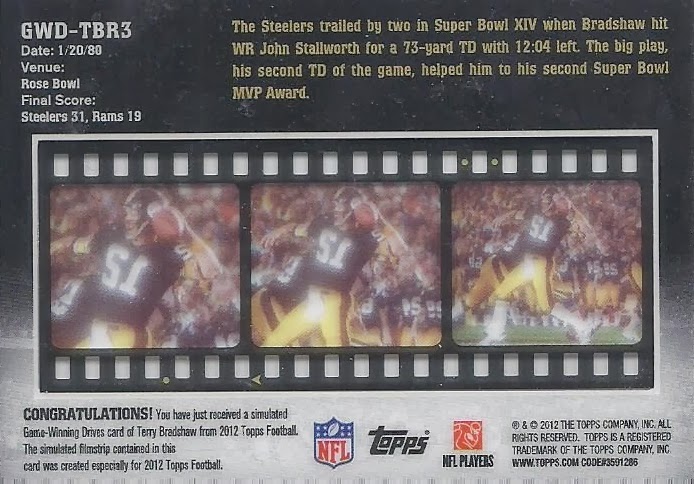 The film strip is clear, as you can see from the back.

I just wish it happened to be the Jim Kelly.

I'll probably post it on ebay sometime next week, unless there's a Steeler fan out there that can wow me with something spectacular for my PC. The only one from this particular subset on ebay I can see is going for $150.00, but that's Peyton Manning.

For those wondering about the rest of the repack box, I'll start posting that over the weekend.
Posted by buckstorecards at 08:56