In terms of book value, nothing else in the repack will equal the pull I detailed yesterday. However, I'm not the type that buys repacks on the hope of a major hit. I buy them hoping for some nice cards I didn't know about (especially since I had such horrible luck pulling Bills last year from Topps, and gave up early).

So, for recapping the less extravagant goodies, in terms of card volume, it was pretty much an even split between the Topps 2012 cards, and everything else. So, that seemed like a logical way to break things up into 2 posts. 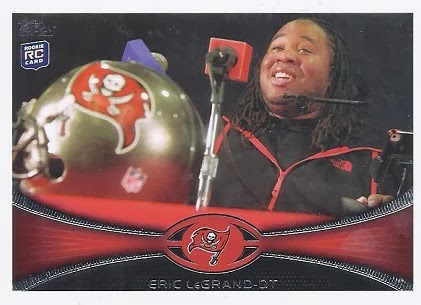 This one also came out of the rack pack and it was by far my favourite of the bunch. If you know his story, you'll know why this a such a great addition to the set, and why it will be so welcome in my collection. It really feels like the football version of the Adam Greenberg card. 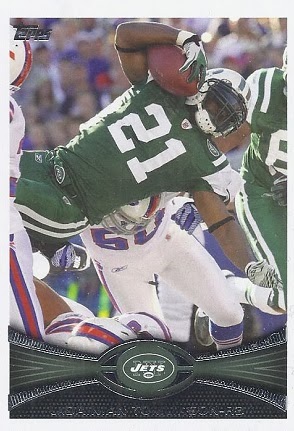 Next up, my favourite picture in the bunch. The action shots in this were surprisingly sparse, at least among my cards. This one was probably the best of the bunch, with the bonus of it being the sunset base card for Tomlinson.

In the past, having Bills in he background, ala the Tomlinson would be as close as I came to pulling Bills cards. With 1 rack pack and 7 retail packs, that had to change. Right? 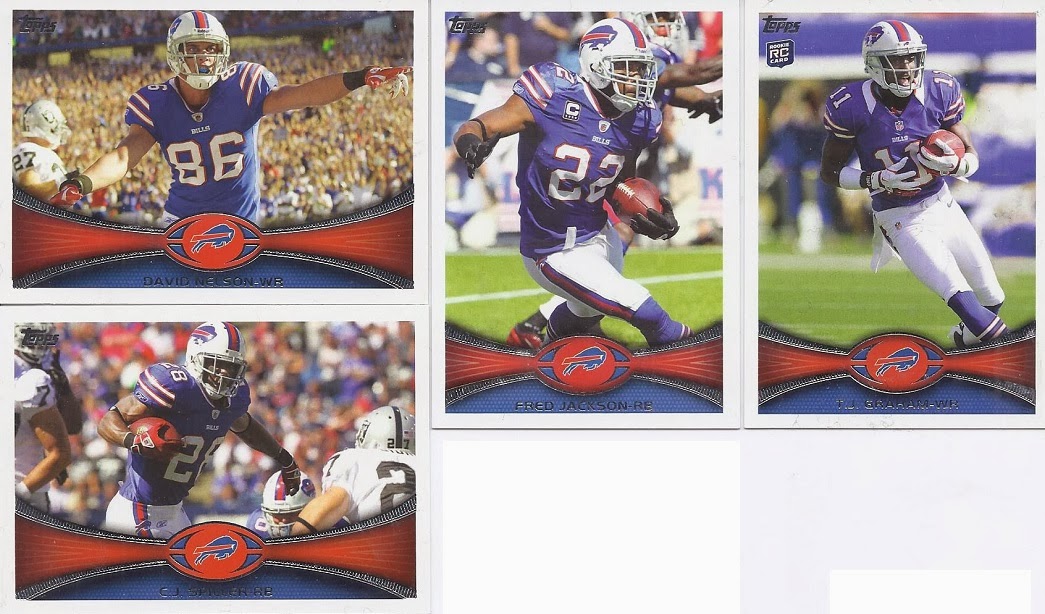 Whew! The streak is broken!

The packs promised a rookie card in every pack. With 8 packs, I ended up with 18 cards stamped as such. 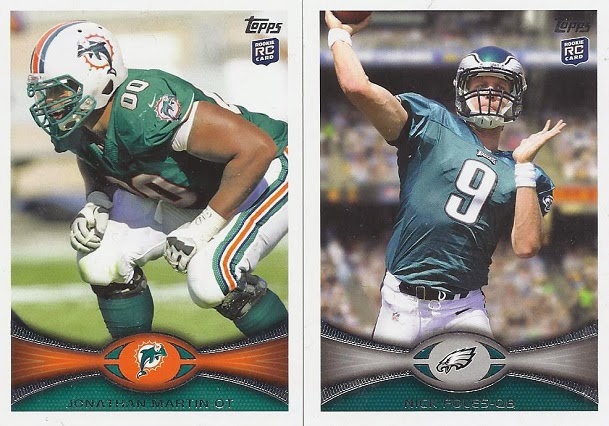 Nick Foles was the best of the bunch, even though he wasn't the most significant news maker among the rookies I pulled. 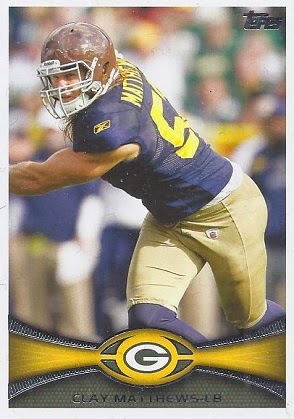 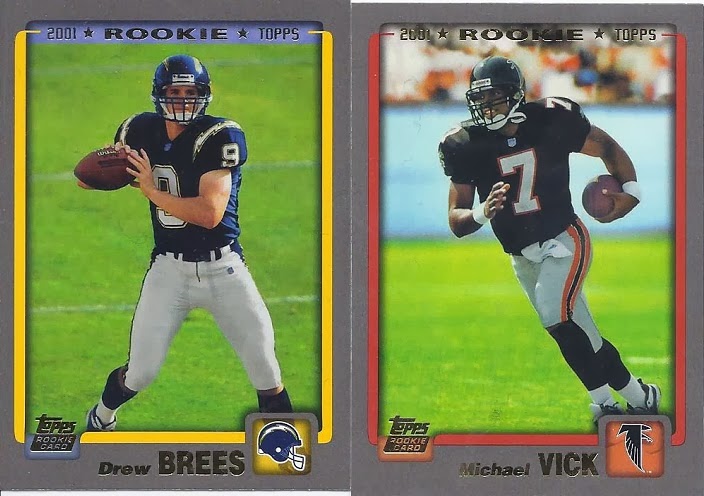 As for the inserts, there were a pair of reprints. 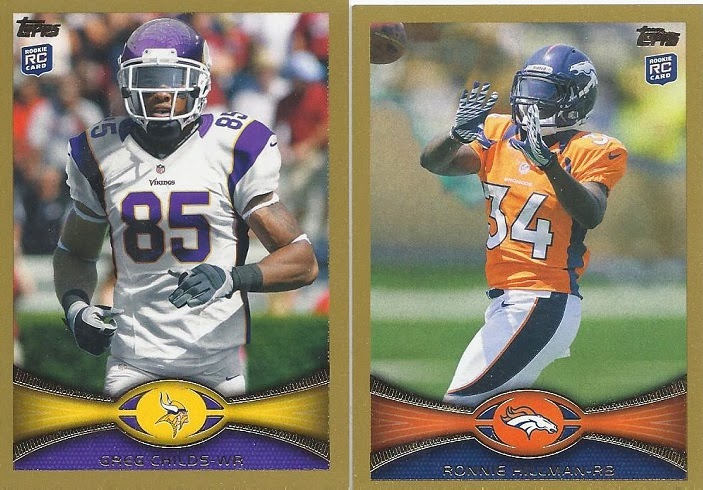 And some Tall Boys. No Bills among the inserts, but at least there 4 base cards were a starting point for acquiring Bills. And lots of fun cards among the 8 Topps packs. It's always nice how pulling cards from your favourite teams or PC guys can improve your perception of a pack busting experience.

Posted by buckstorecards at 14:41