"I went to the McDonald's in Shelbyville on Friday night..."

There really is a Simpsonsism for every occasion. Although this wasn't quite on par with the context on the sspecific episode. In this case, circumstance took me to an out of town Dollarama. I felt like trying my odds with the repacks, so I searched out the card area.

No 15 card repacks either.

All they had were Toronto Maple Leafs themed repacks.

No way, Jose on those.

But I wanted to bust something! Anything! 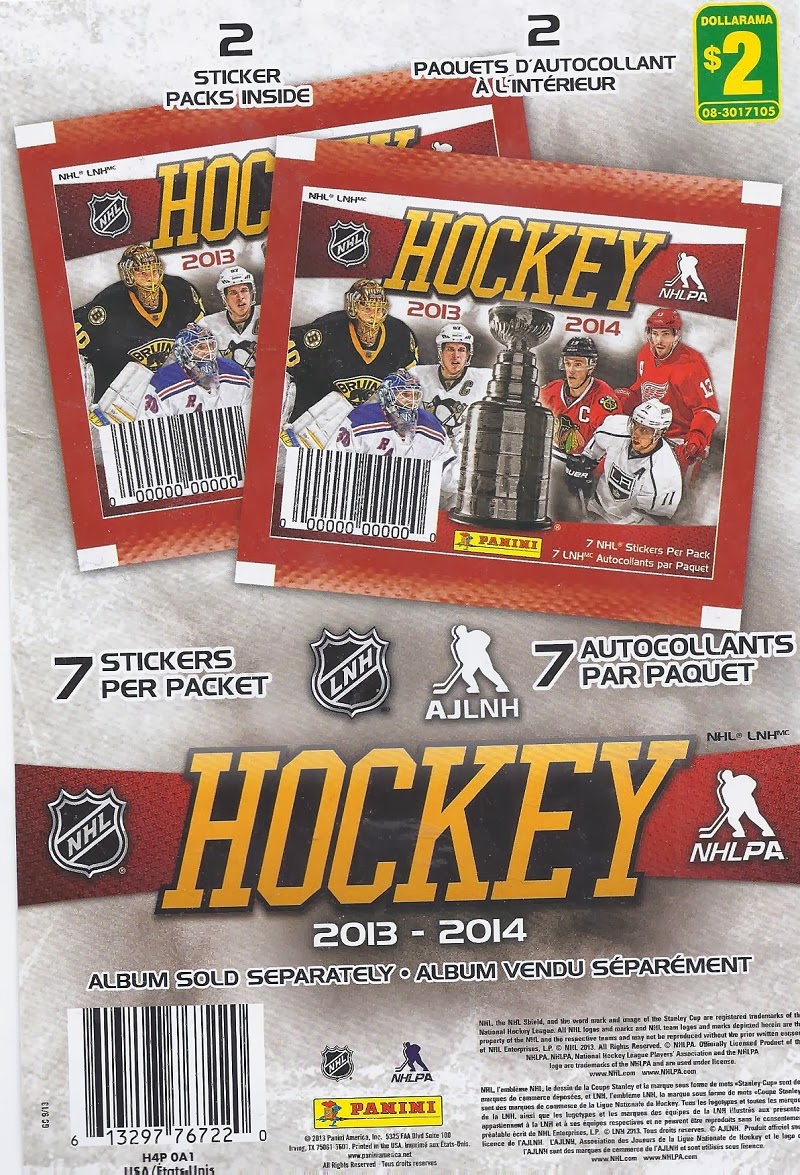 Logos - Penguins & Lightning - First up is a pair of logo cards. I think they're supposed to top the various team pages. Maybe if I picked up a free album at the Expo at the Panini booth, I'd be able to confirm that.
Logos - Predators & Wild - Back to back logos. Although these list the Central Division on it. Again, maybe I should have picked up the album for reference.
Brad Marchand 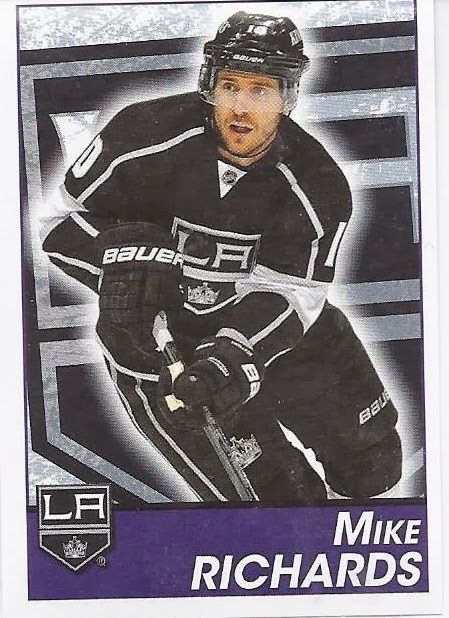 Mike Richards - Hey, there's a PC guy for my Kitchener Rangers alumni collection! One PC guy is allo I asked for. And I got it.
Logos - Kings & Wild - These were in the style of the Pens/Lightning one.
Mark Giordano 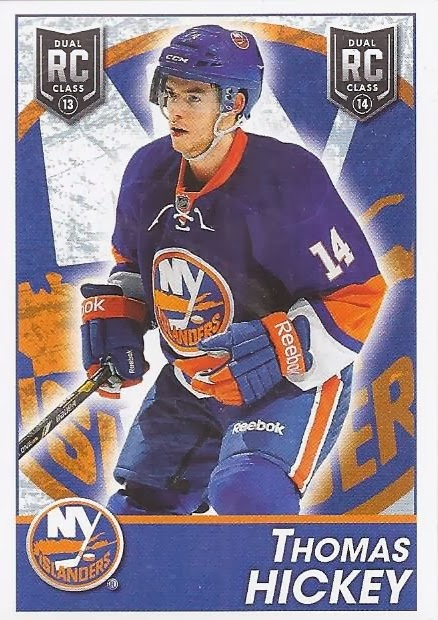 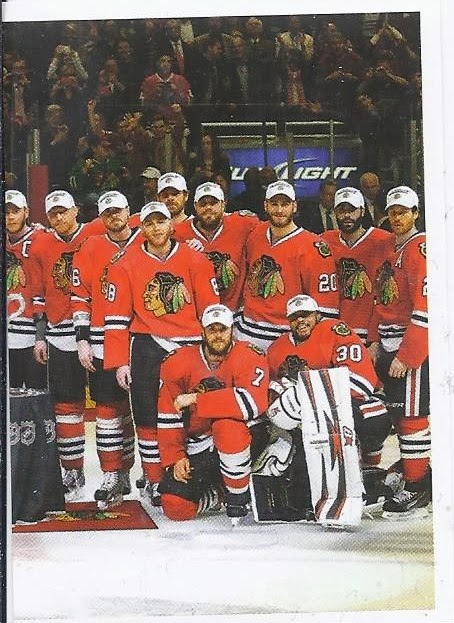 Half the Blackhawks team - This is from just after their "don't touch the trophy" Western Conference win.
Dion Phaneuf
Ryan Nugent-Hopkins 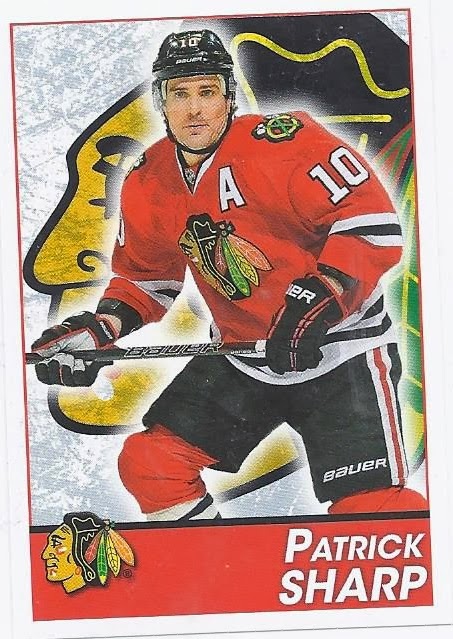 Well, it beats busting nothing.
Posted by buckstorecards at 13:42