So far, so good. Just one pack of the shiny new product. Mind you, since I didn't find anything at my local Targets or Wally World, I'll probably bust a second pack of something just to get a retail parallel or 3. Hence, the title specifies S1 Jumbo. 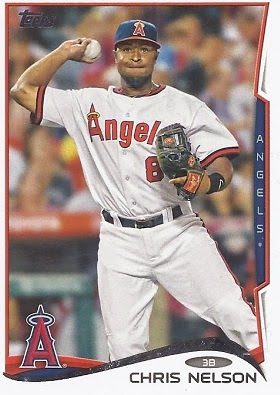 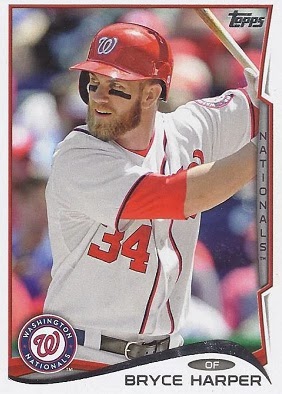 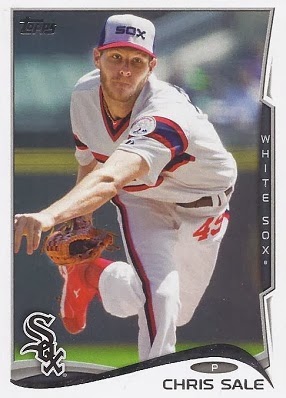 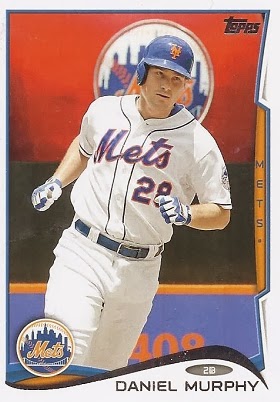 155 Daniel Murphy - And my first Mets card of 2014 is a really nice one in terms of photo choice. A Met rounding the bases after a home run with the giant apple in the background. It is a nice flashback to Angel Pagan's 2012 flagship.
133 Xander Bogaerts
136 Will Middlebrooks 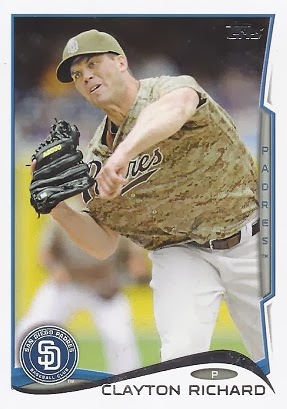 186 Clayton Richard - It's not a throwback, but I still love appearances of alternate uniforms.
305 Steve Cishek
236 Joel Peralta 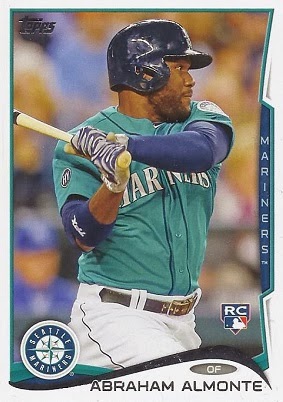 256 Abraham Almonte - Looks like GCRL will have a new patch to look for in 2014. It is an HY patch for team owner Hiroshi Yamauchi.
146 World Series Game 4
233 AL ERA Leaders 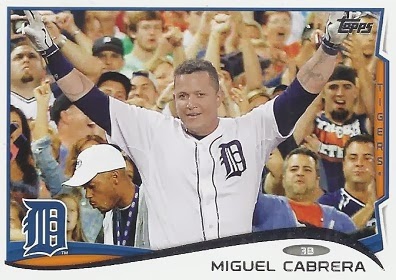 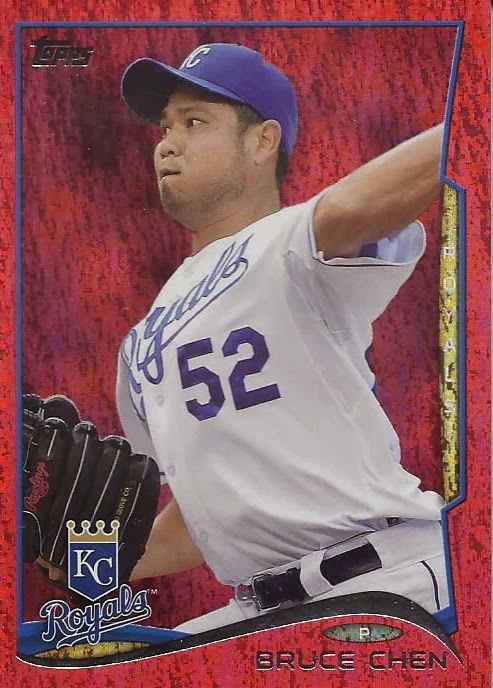 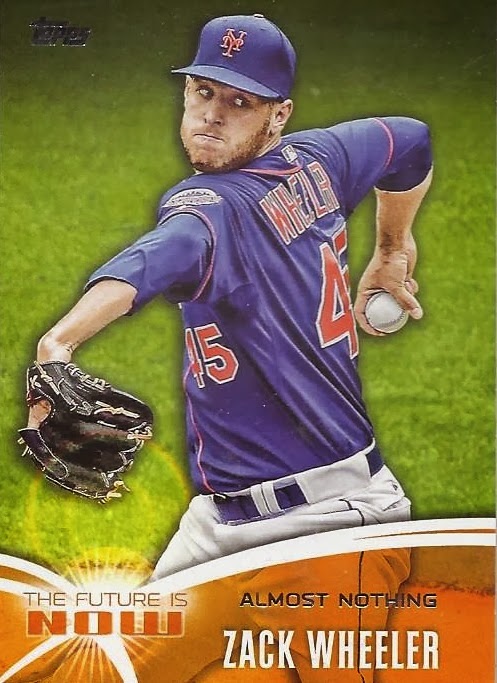 FN-11 Zack Wheeler - I'm guessing this is the subset on par with the Golden/Chase/whatever of previous years. At least I pulled a Met. 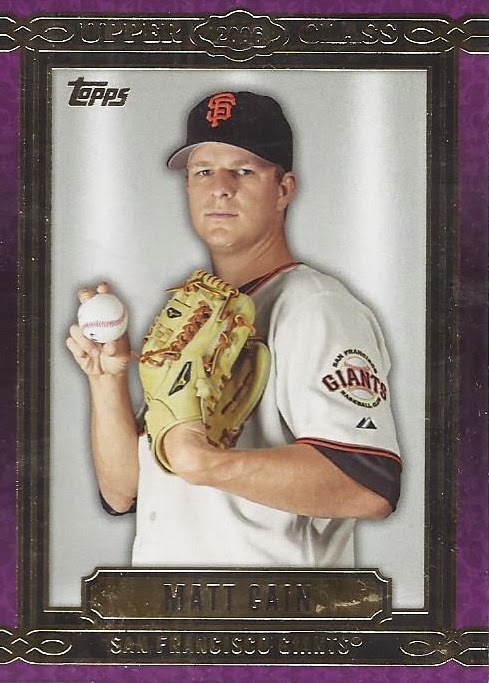 UC-22 Matt Cain - And here's one more insert. The best thing I'll say about is that it isn't centered as badly as I cropped it. 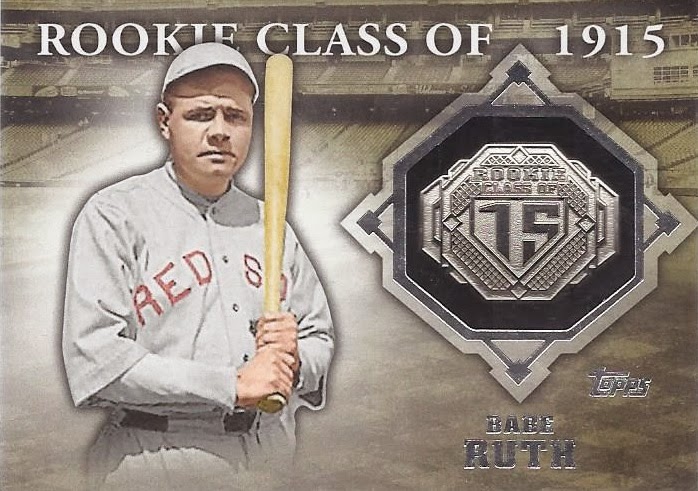 CR-7 Rookie Class Rings - Babe Ruth - WHOA! This was definitely a surprise. A Babe Ruth card with him on the Red Sox. Babe might be a mainstay of Topps' high-end and retro sets, but those are primarily Yankees cards by a wide margin. Since rookies are the theme this year, the Babe Ruth card will have to be a Sox card. Looking through the set, there's also the appearance of Randy Johnson as an Expo, which is probably the one I'll chase. If someone pulled that one and would rather have this one, I'm all ears.

And back to the base cards... 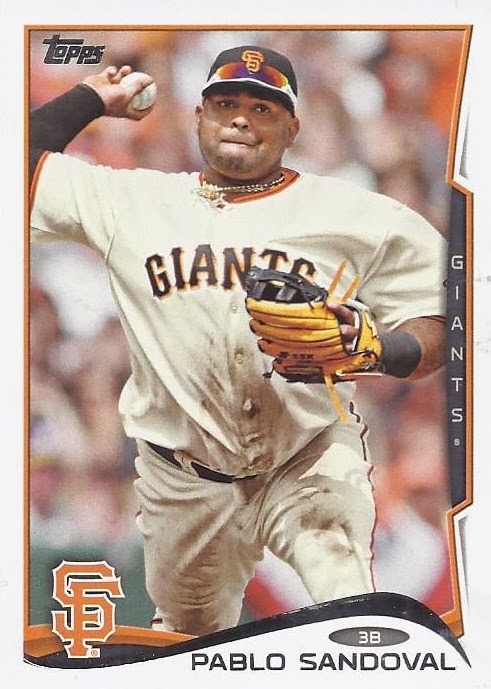 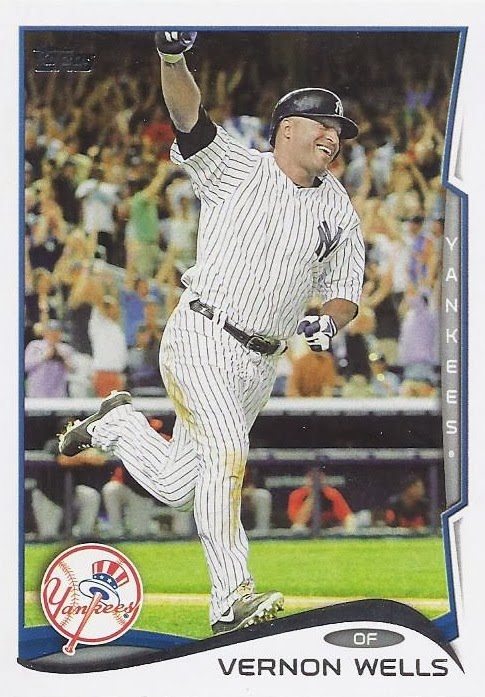 222 Vernon Wells - Alas, I must give the nod for the best photo in the pack to a Yankee card. At least he's a former Blue Jay. And that's about as close as I came to pulling any Blue Jay in this pack. 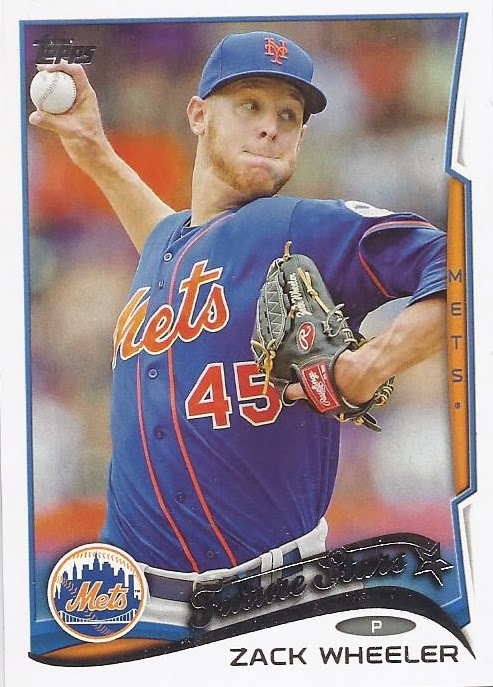 266 Zack Wheeler - Another appearance of Wheeler. 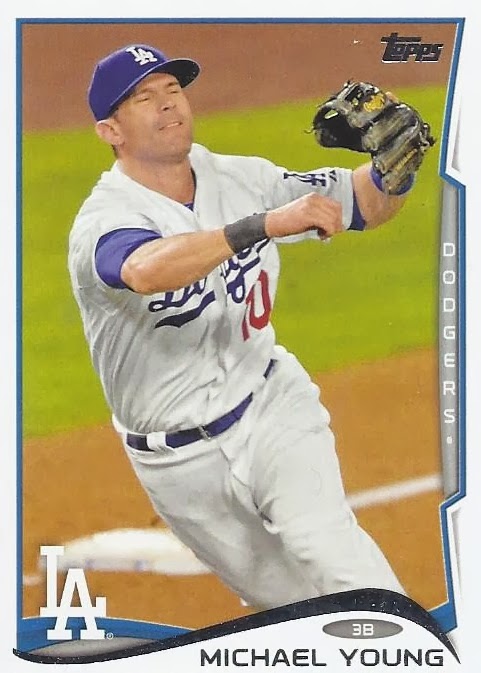 72 Michael Young - I wish Michael had seen this card with an unflattering expression on it before retirement. Surely his potential 2015 entry couldn't be any worse.
71 Anthony Rizzo
25 Chia-Jen Lo
163 Matt Shoemaker
32 Raymond Fuentes
83 Jonathan Schoop
Posted by buckstorecards at 15:13