Tomorrow's 2/14, meaning I'll probably be doing something with the binder tomorrow as well. I'm just not sure what yet. But, I've got enough time to make the decision. I don't really keep the binder in any sort of order, so I can't really recognize the most recent additions to the binder, but I can go through and look at my top 10 cards that I know I added in the past year, since the products hadn't been released on 2//14/13.

And with that intro, here are my top 10 that couldn't have been in my binder last year. 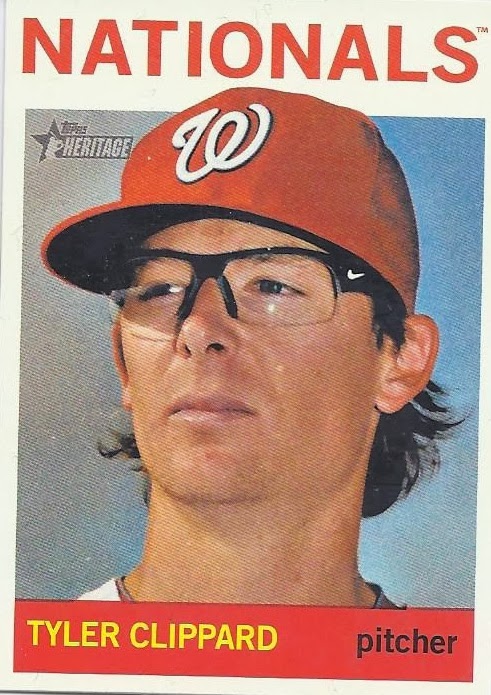 Yes, it is all about the glasses. There aren't a lot of bespectacled cards in the binder other than some of my Clippard cards. 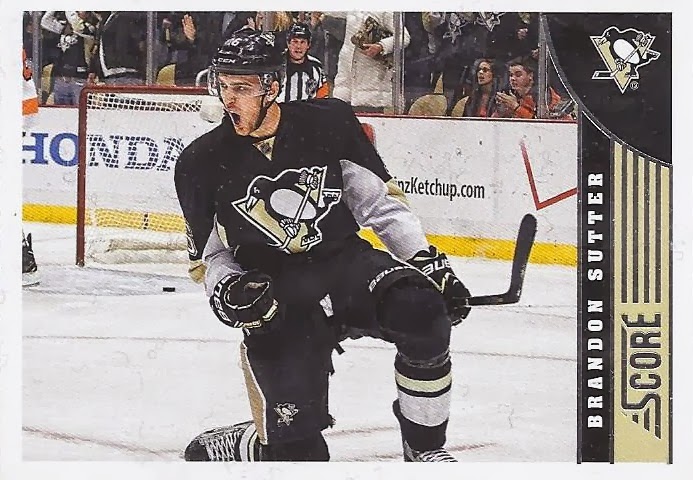 One of two in here solely on the strength of the photograph choice. Score was littered with celebration shots. Seeing hte puck sitting there behind the goaltender, having bounced out of the net, with a mostly happy audience behind him is a beautifully framed shot. The goal came against the Flyers, and the only people not too happy with the turn of events are clad in Orange. 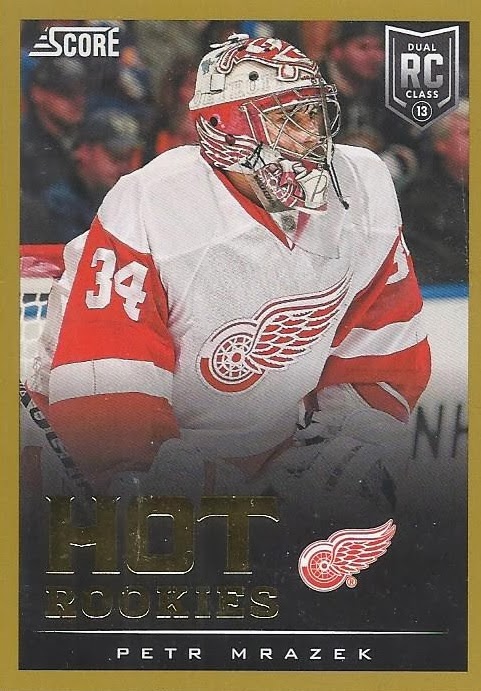 I knew I'd be adding at least one NHL level card of Petr into my binder this year, seeing as his NHL debut was made, and he therefore earned a card. I was fortunate enough to pull a gold parallel of this card out of my jumbo box. It wasn't my first card of his, as he had made appearances in Between the Pipes sets as well. 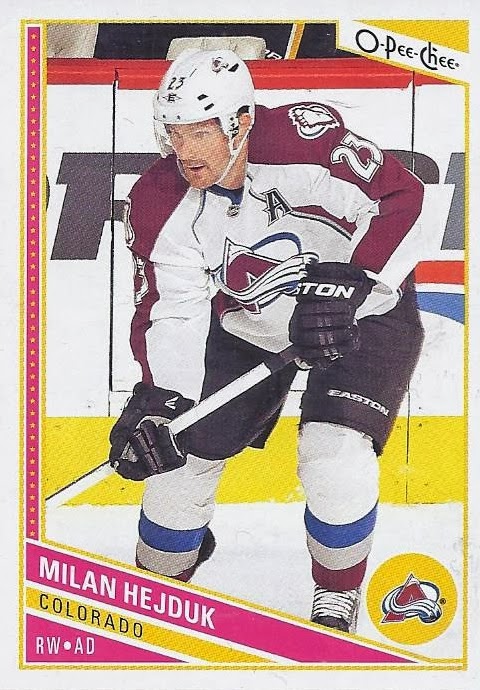 A final base card for Hejduk, coming from an iconic name in hockey card history. 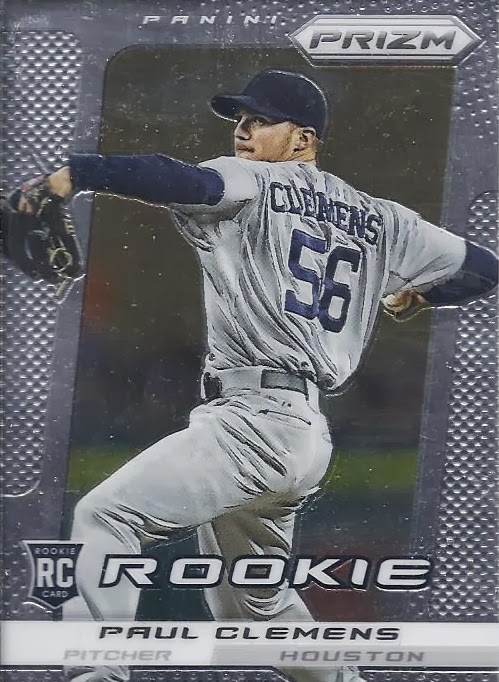 Paul made his MLB debut this past season with Houston. He's a middle reliever, and since Topps needed piles of cards for the usual suspects, he was ignored by them. Fortunately for my collection, he did also appear in the America's Pastime set, but I'll stay on the cheap side unless one shows up via trade. 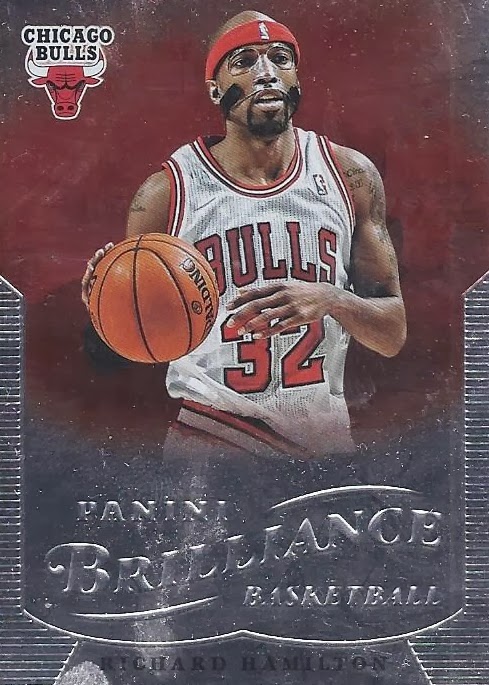 Another player who probably made his base set farewell over the past year. 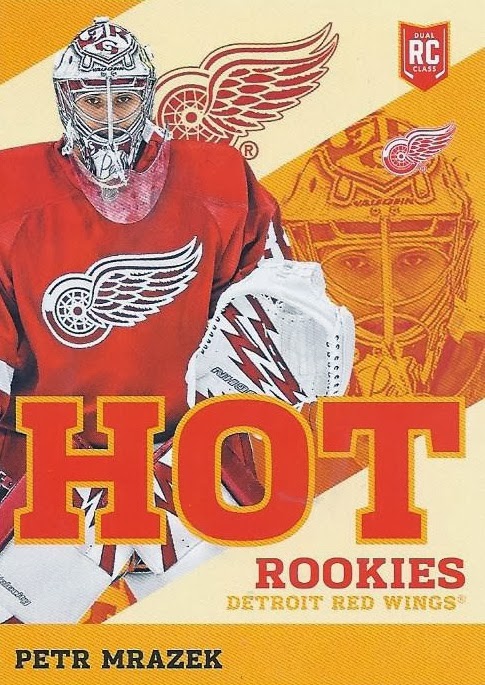 I was probably the only person happy (at least at the level I was) to pull this card from the redemption packs at the Expo. 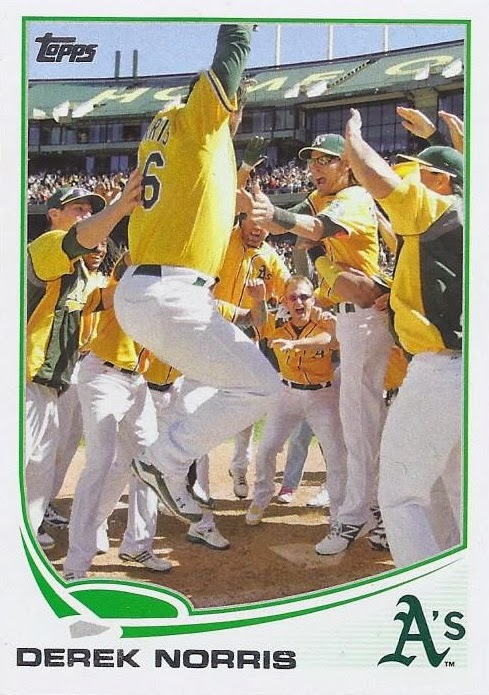 Even without the 2/14 connection, this still would have been among my favourite card photos of 2013. 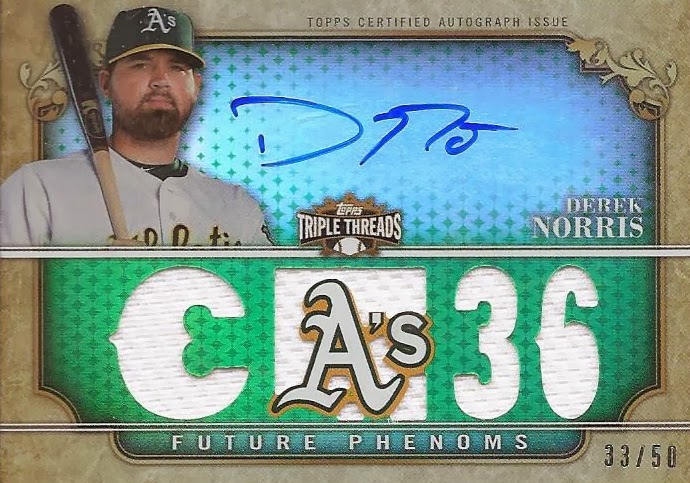 Having a 2/14 guy unexpectedly show up in a premium set like Triple Threads? Awesome! And with an on-card autograph? Even better! 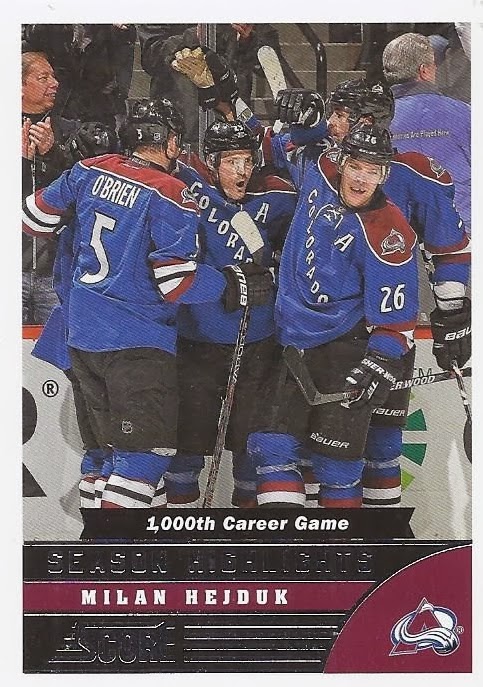 Milan had a base card in the set, but I loved this far more. It's a great sunset card (tm: Nick @ Dime Boxes) for someone who played every NHL game as a member of the Avalanche.

Posted by buckstorecards at 13:07