I sent a somewhat varied, but still focused package of goodies to Idaho, and the return package arrived this week. It's enough that I can break the enveloped goodies into two posts. 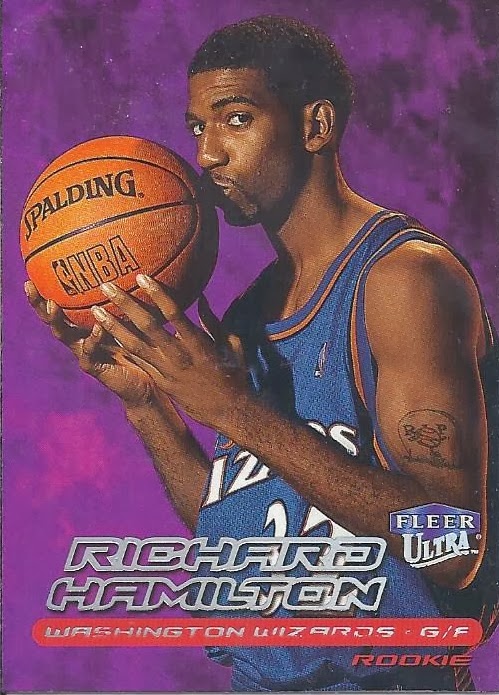 Firstly, let's knock a card off my top 10 list (a theme that will continue tomorrow). It's a wonderfully odd addition to my 2/14 collection. Since it really doesn't have too many cards in which someone is kissing the basketball, it's a welcome addition. 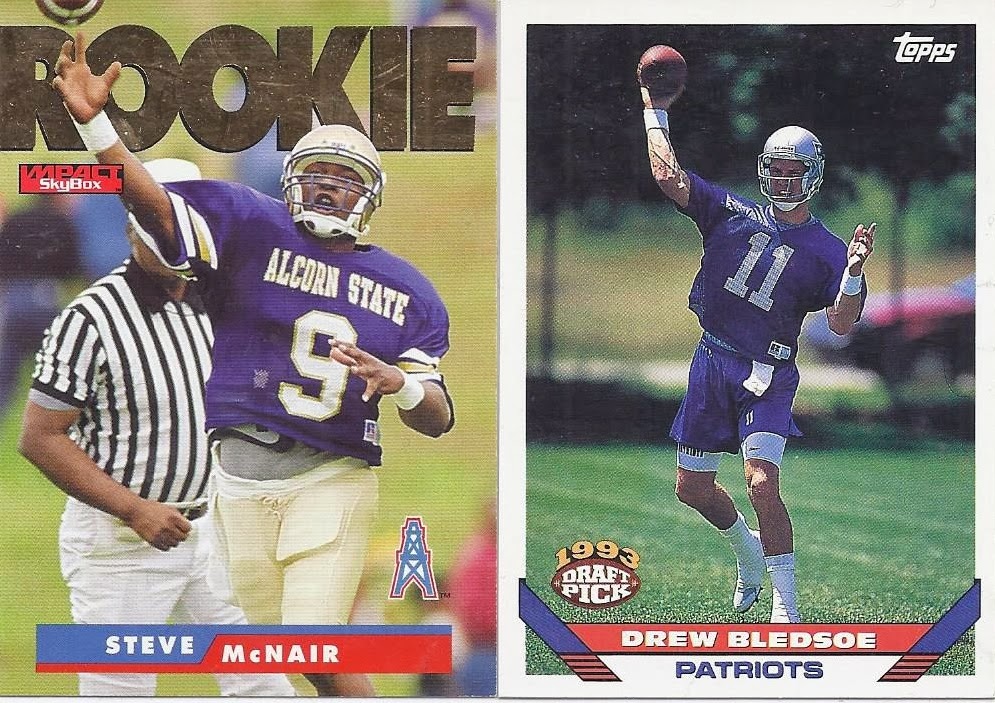 Also included was a pair of rookie cards for the binder. If Clowney does end up as the number one pick in the draft, he'll join Bledsoe and Courtney Brown as the third one among the #1 overall draft picks born on 2/14. 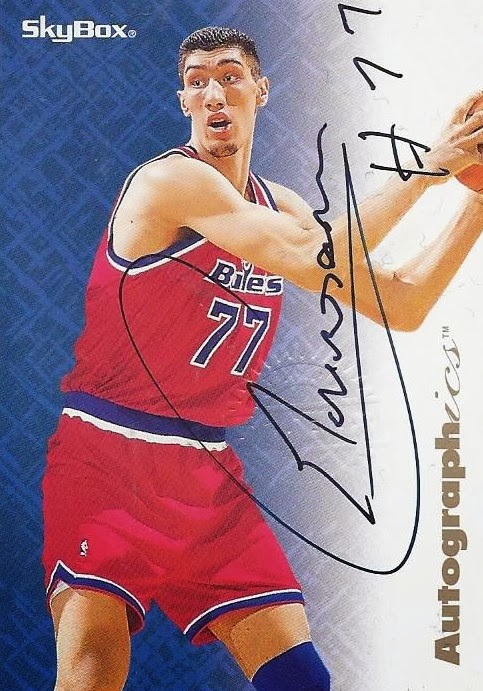 But the best of the bunch was this addition to the Muresan portion of the binder is my second hit of his. Both of them are autos, but this one is my first on card autograph of the two. It's also a far clearer and bolder auto than my first. He's a Muresan super collector for height related reasons, so it isn't surprising that he has lots of Muresans around and can part with an auto. I'm sure if I ever made a reasonable effort to audit my collections of Delgado, Alfredsson, Vlad & Joe Carter, I'd probably come up with way too many dupes as well.

Oh, did I mention he was a Muresan super collector? Since I really should have, since he sent a lot of Muresans. 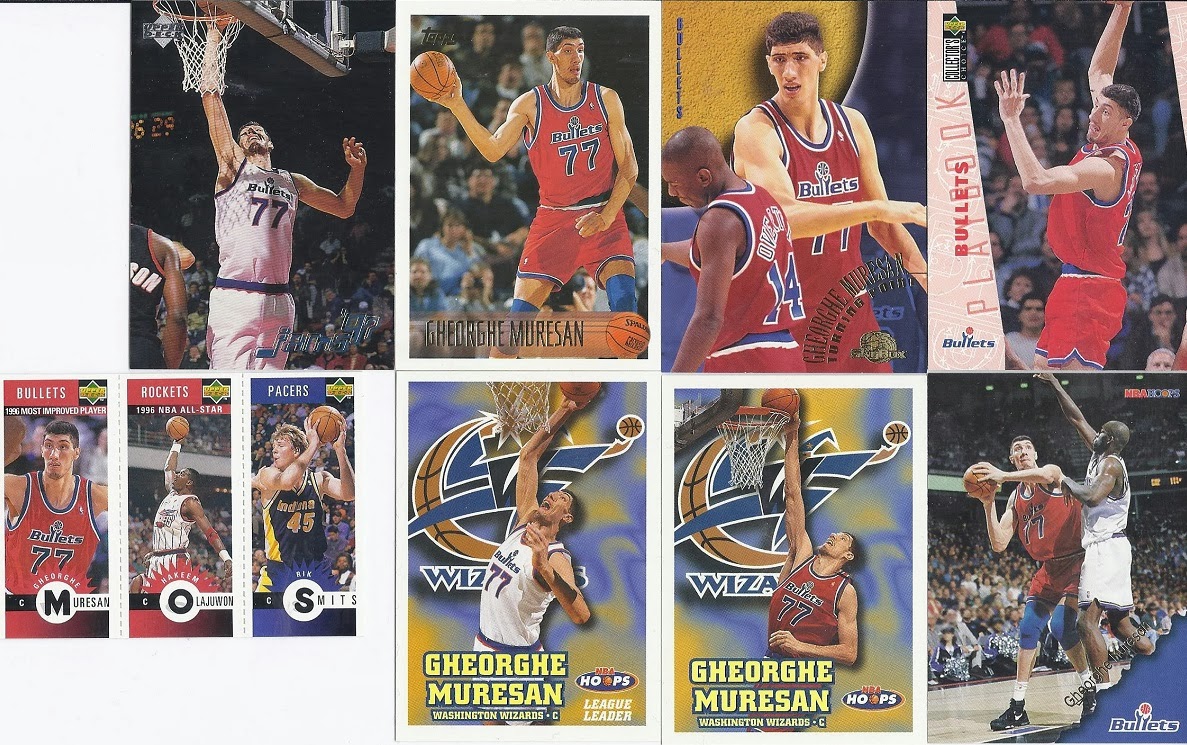 I mean a lot of them. 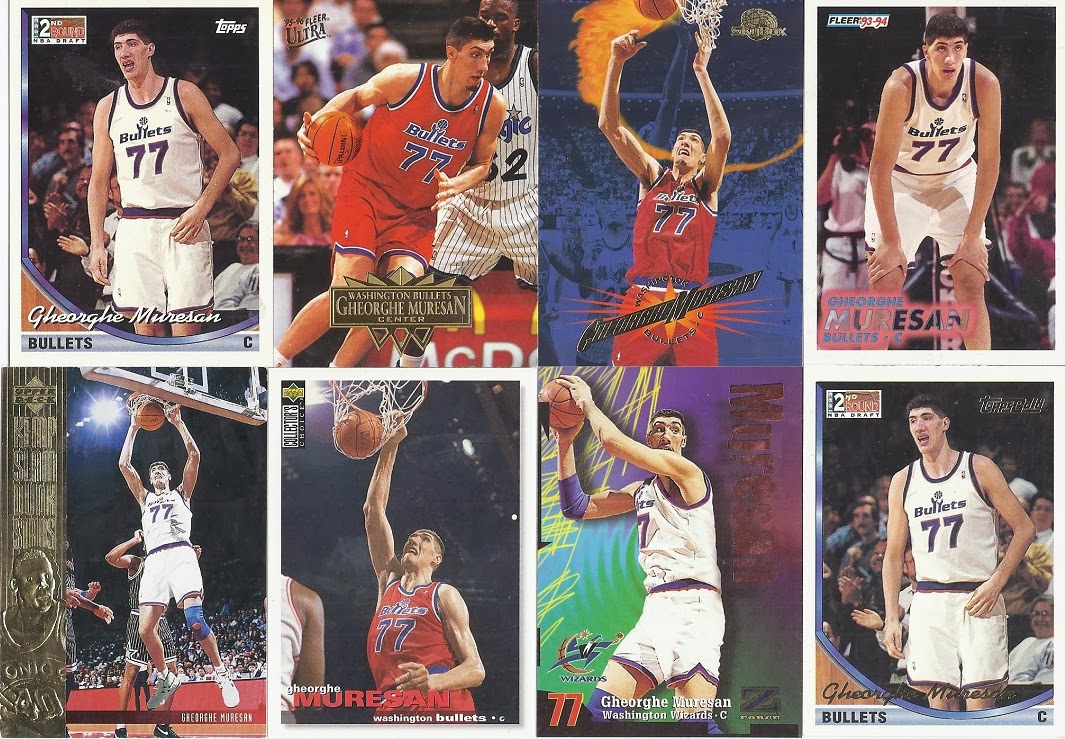 Enough to vault Gheorge well into the lead in terms of basketball cards in the binder. He now stands at 26 total, 8 ahead of Richard Hamilton, and tied with Viktor Kozlov for 5th overall.

Thanks for the goodies, and I'll get to the rest tomorrow!