Although the Dollarama I was at didn't have any pages, they still had cards, and I couldn't resist grabbing one to go along with my greeting cards, chocolate bars, and DVD cases. 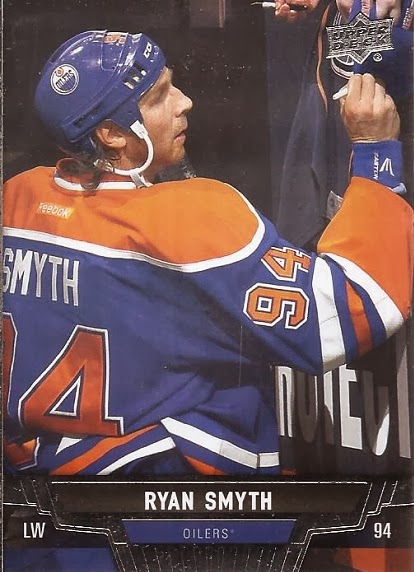 2013 Upper Deck Ryan Smyth - That's a pretty quick turnaround from release to repack appearance. It's a nice looking card, though, and there are a couple of autograph signing cards in this set. Mikko Koivu's is another, and I think it is the better of these two.
1993 Score Canadian Paul Cavallini 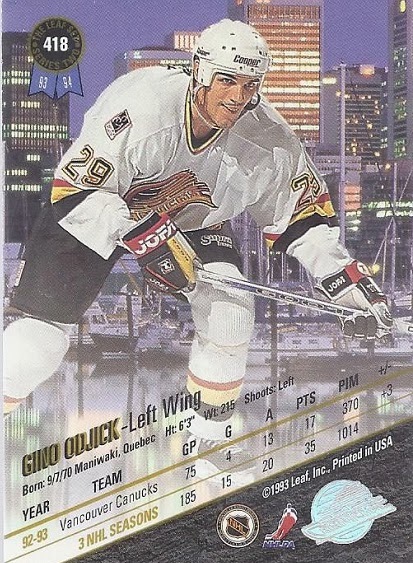 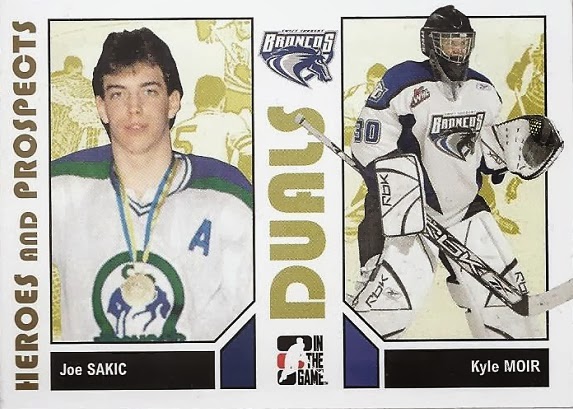 2007 Heroes & Prospects Joe Sakic/Kyle Moir - I've got another (half) Sakic to send off to $30AWH when I get around to another PWE.
1992 Upper Deck Trent Klatt - I'm not sure why, but Klatt is/was one of my favourite last names in hockey.
1990 Pro Set Stan Smyl
1994 Upper Deck Bryan Smolinski 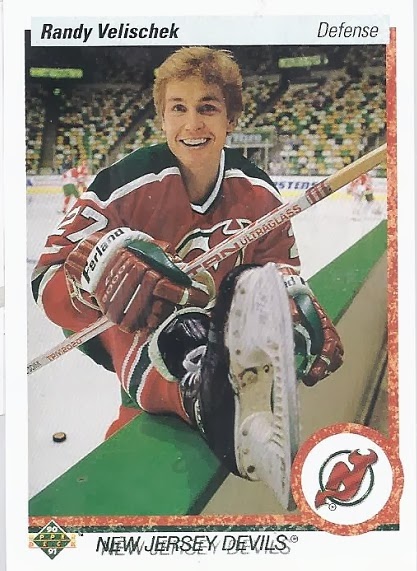 1990 Upper Deck Randy Velischek - You can take one look and realize that this was the Met Center. If you can ignore a rather creepy looking player in the foreground.
1996 Leaf Theo Fleury
1993 Score Canadian Vladimir Vujtek
2009 UD Victory Mikko Koivu 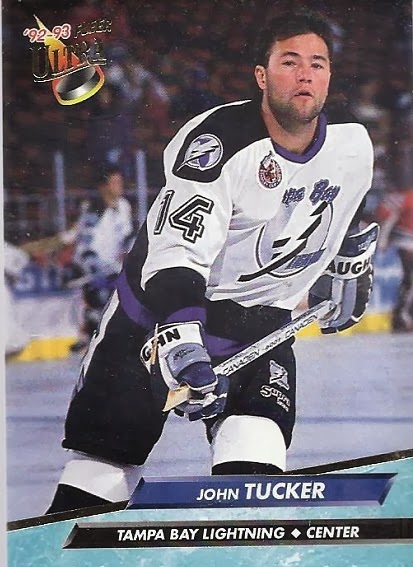 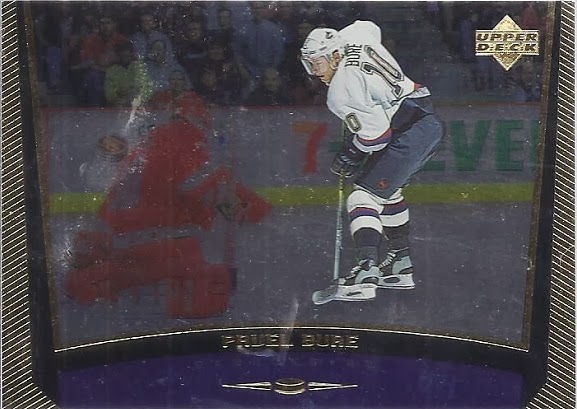 A great photo on the Smyth, a trade card, a Rangers alum, the Vancouver skyline and a gold parallel. That's pretty darn good for $1.
Posted by buckstorecards at 08:22