Why not bust a repack on a Sunday? A 100 card basketball card rack pack is the order for the day. 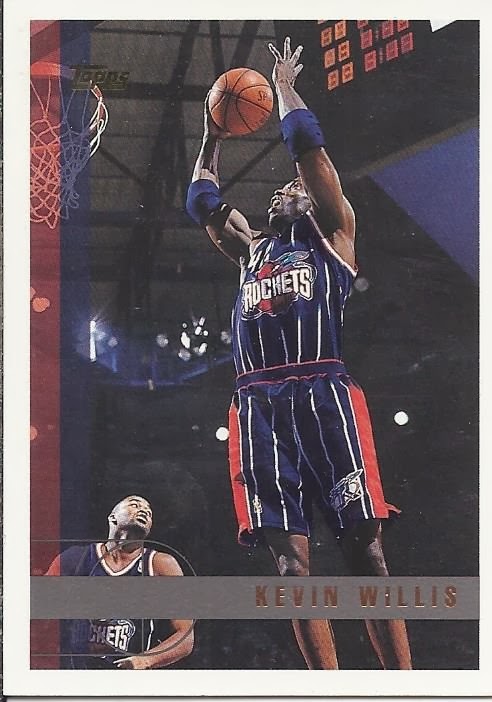 Leading off with my favourite photograph in the pack. It's an odd choice in a repack with some nice dunking action shots. It looks like a rather basic rebound, but the way it emphasizes Kevin's height from the low angle makes it beautiful. The basket just off to the side also nicely emphasizes it as well. 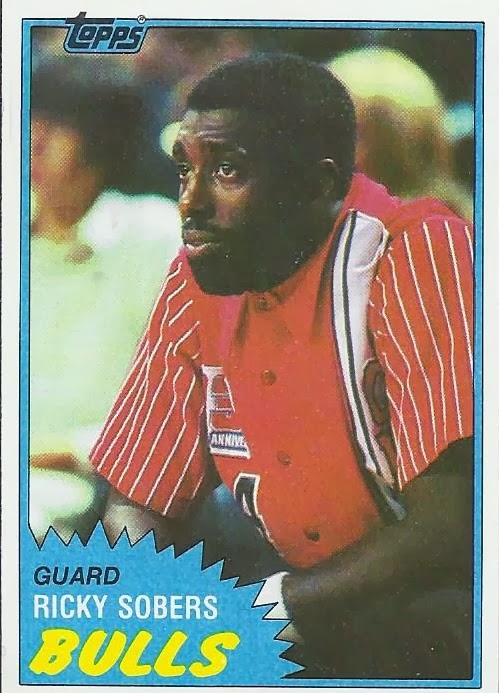 Every pack of these I've bought has contained a single card from 1981 Topps. This was the one in this pack. It's not the most spectacular player, but it's as close to vintage as I'll get in these. 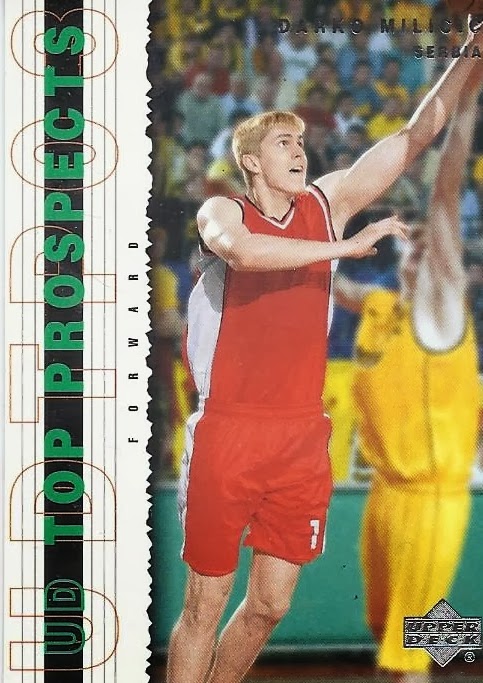 When this first came out, this would have been a great pull. Now, not so much.

There were no Raptors in this pack, so I'll have to content myself with a trio of Celtics. 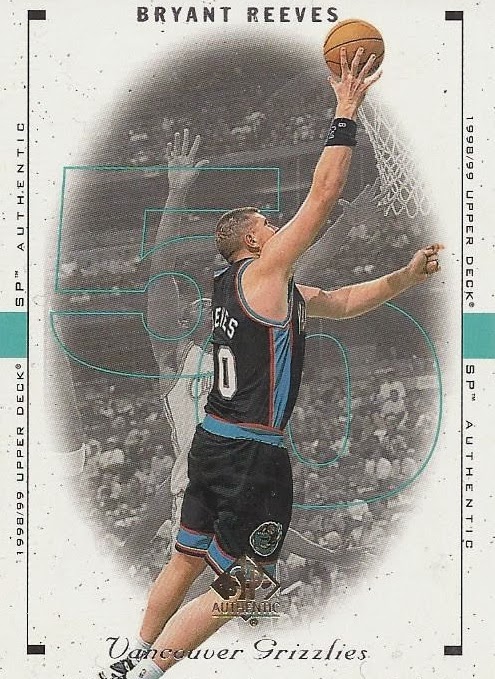 And their short-lived Canadian cousins in Vancouver. 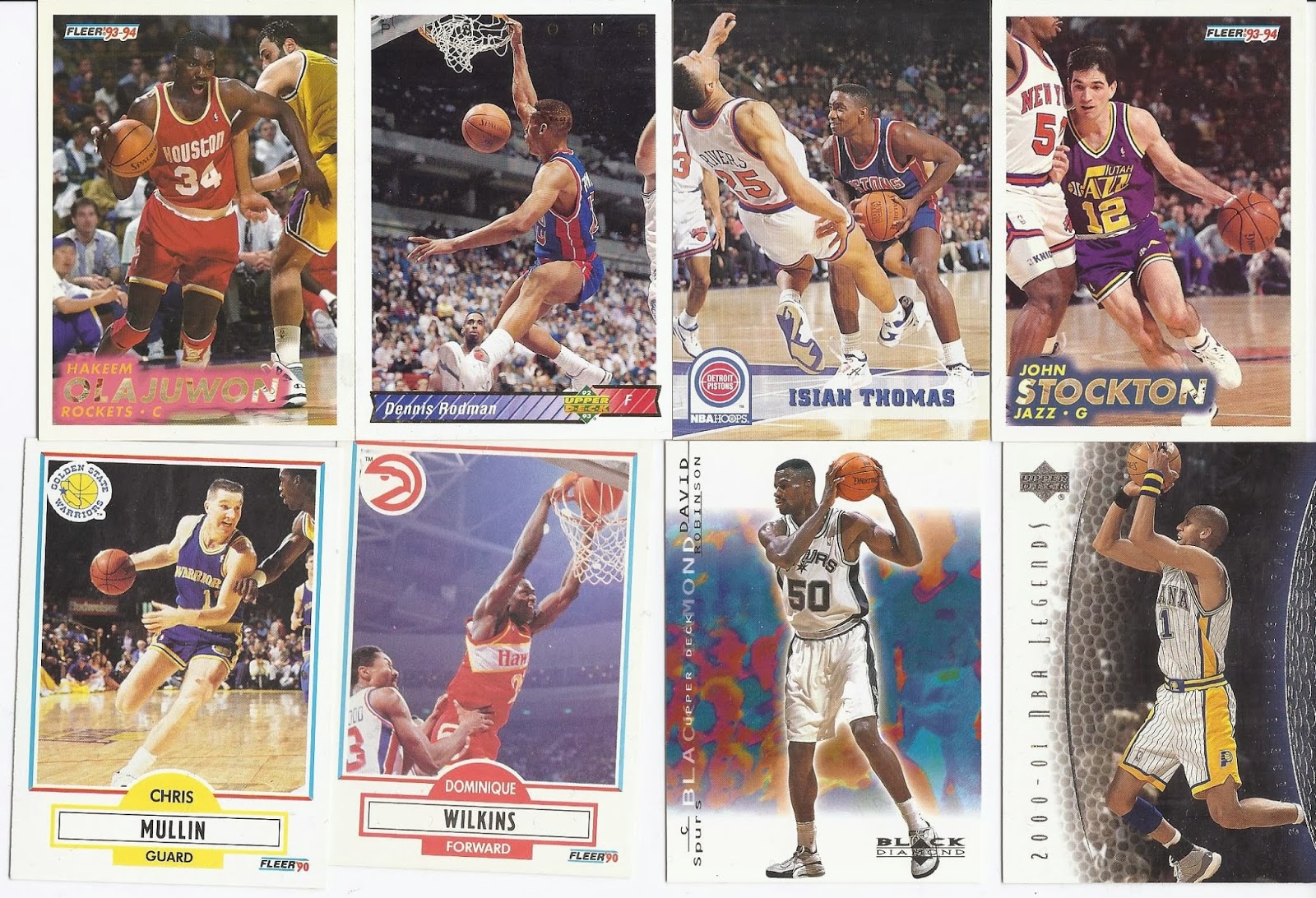 Usually, there are a good number of Hall of Famers in a pack. Interestingly, the Wilkins/Mullin and Robinson/Miller pairs were grouped together. The Thomas card might be among the funniest I've ever seen. I have no idea what Rivers was attempting there. Getting faked out of his jock? The most laughable dive ever? Impromptu mime class? 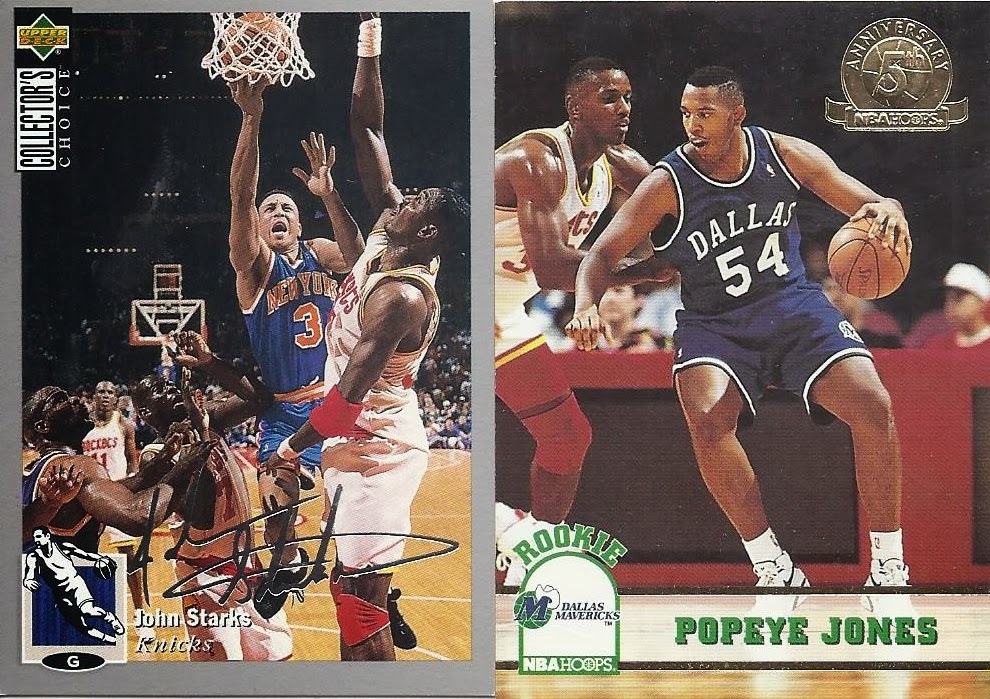 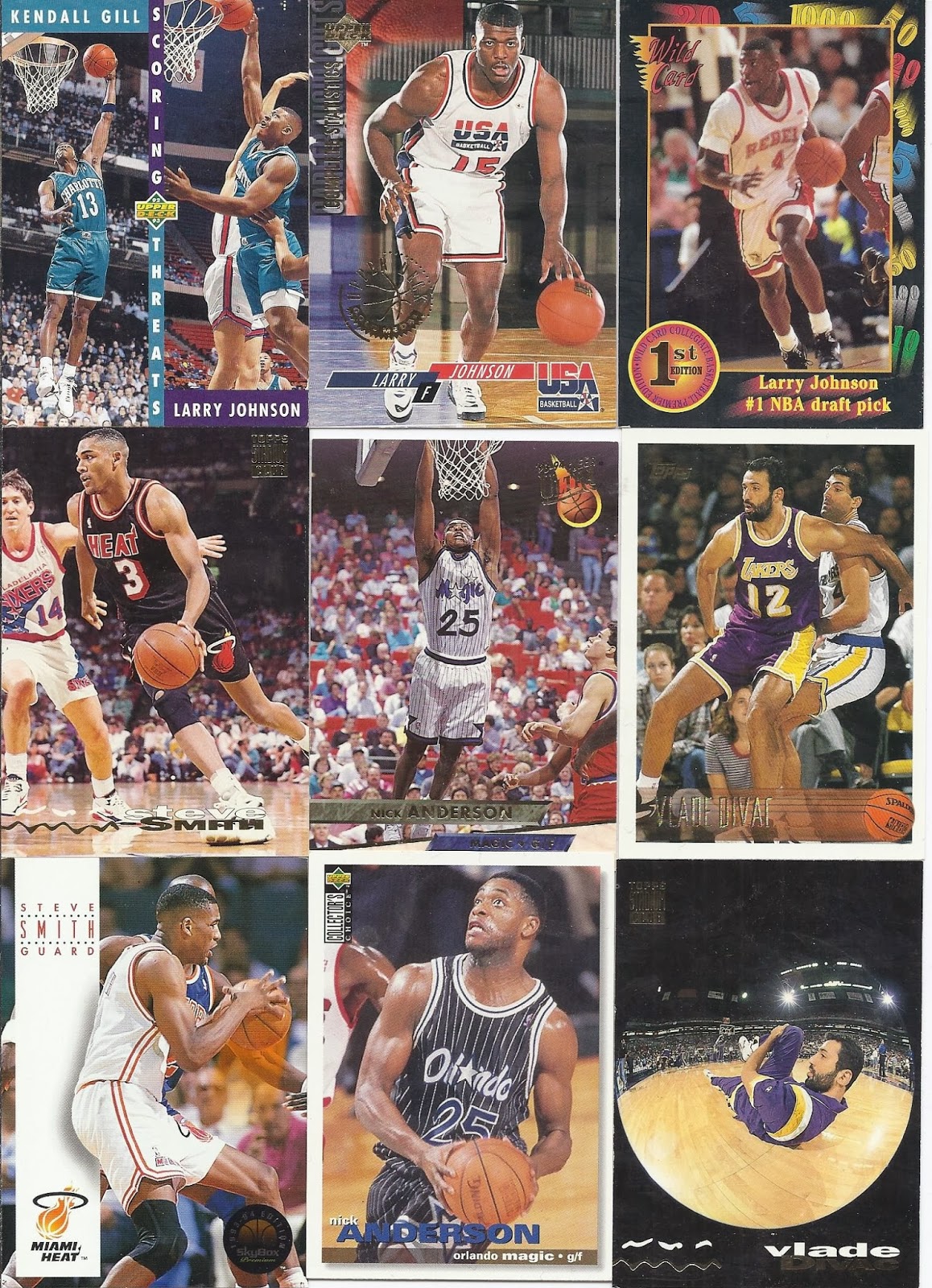 The closest I came to pulling any dupes was multiple cards of some players. The first card shows that the Charlotte Hornets were better draws in some cities than others. Steve Smith and Larry Johnson are both mainstays of these repacks. The Vlade in the lower right was the other contender for my favourite photo in the pack. And to wrap this up, the promised 5 rookies in the pack. Andre is the easy winner here. In fact, I think the Etan Thomas is the only one that isn't an exact mainstay of my repack purchases.