The Dollarama was disappointingly out of pages, so I had to hit the LCS instead. Since I can't walk out of there with just pages, I opted to add a pack of Topps Magic to my purchase. Since it's always fun to bust a pack of something you really aren't planning to build. Just a sampler, so to speak. 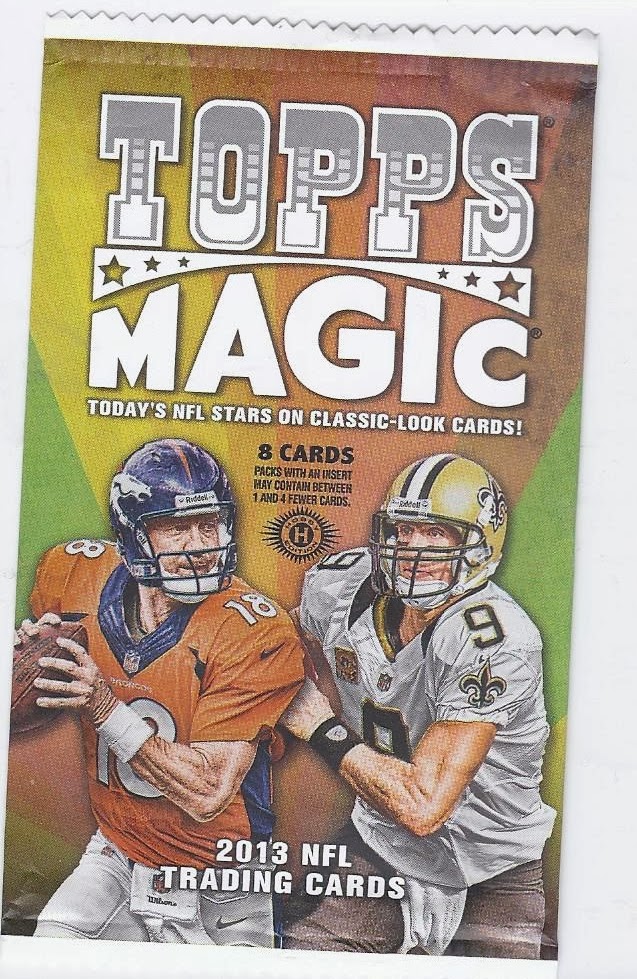 At least the packaging is kinda trippy.

And the first card: 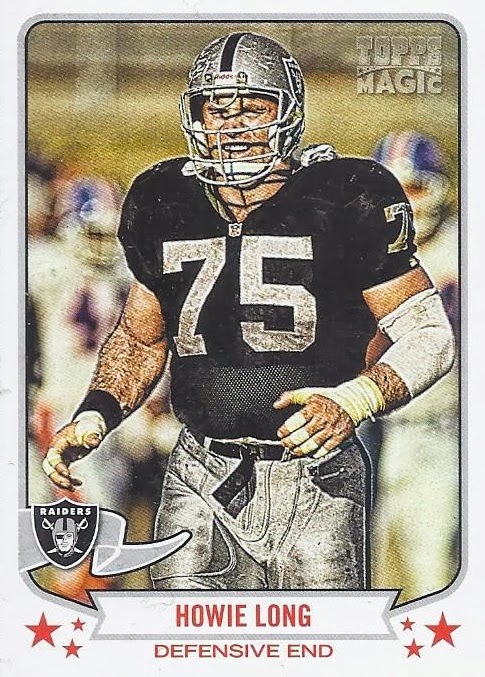 Interesting choice. Howie does show up sometimes in recent sets, but he doesn't show up everywhere, so it doesn't feel like you're getting someone who you've got many cards of. 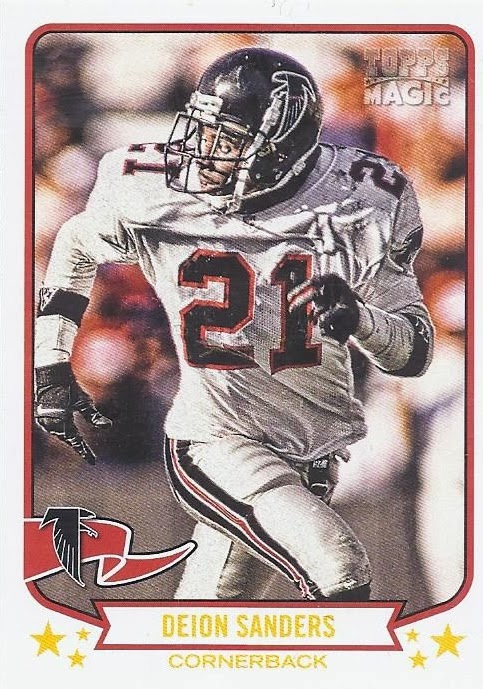 Deion, on the other hands, approaches overkill status. 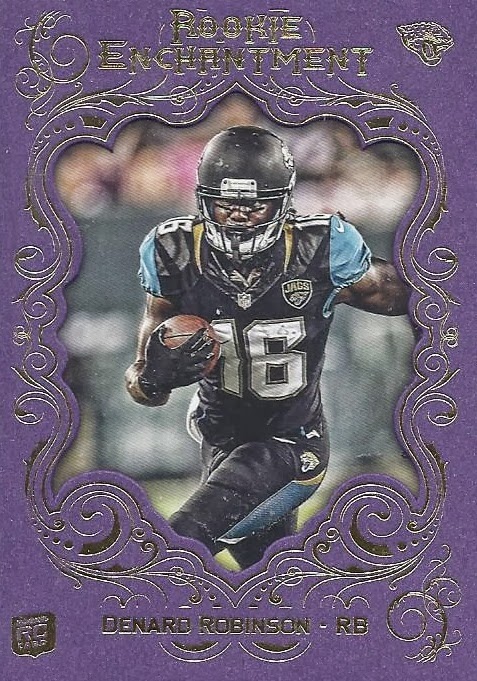 I guess this is the pack hit, a really nice insert of Denard Robinson. Very much like Magic's sister set of Gypsy Queen, this is a framed card. My only complaint is that they might have gone a smidgen overboard on the border.

The card is already put aside for Dennis @ Too Many Manninghams. 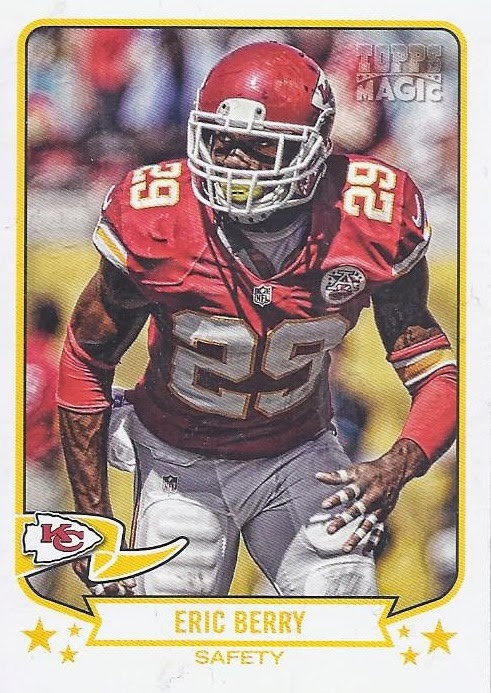 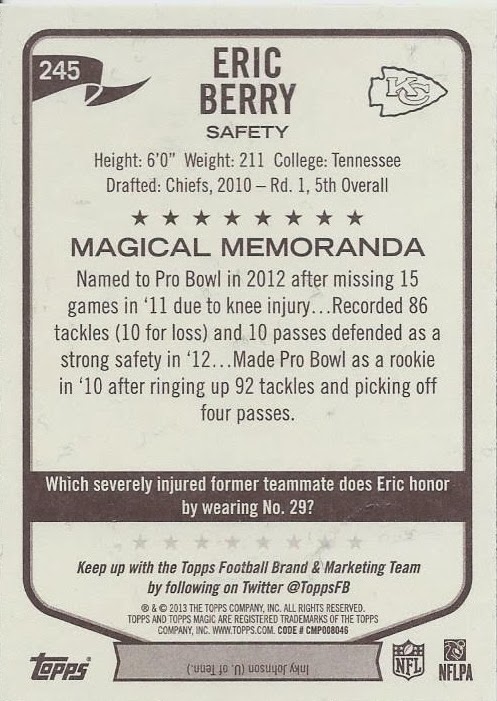 This is as good a time as any to show the backs. They're appropriate for the design of the set, and I do love the fact that there are trivia on all of the base backs. No stats are a bit of a downer, though. 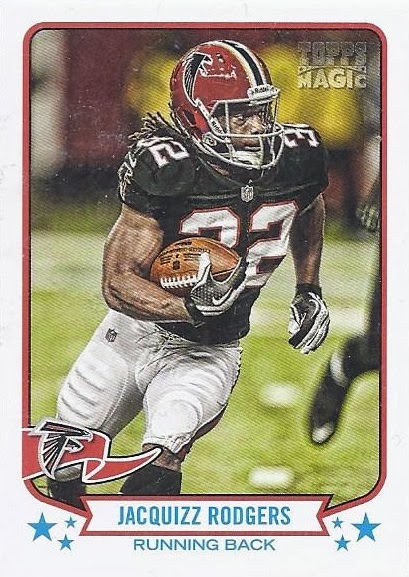 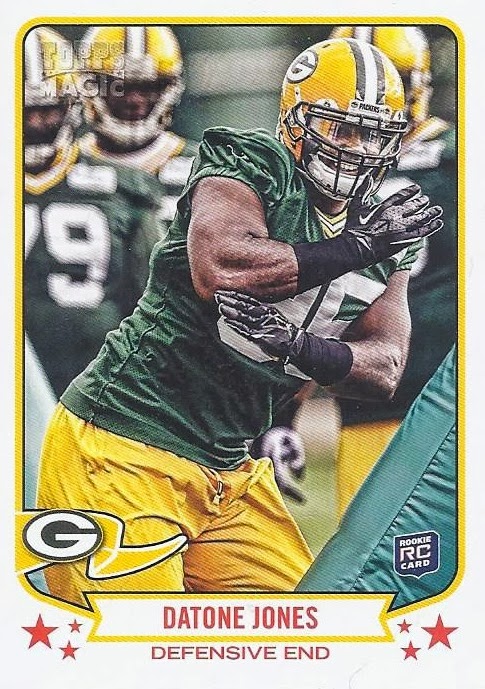 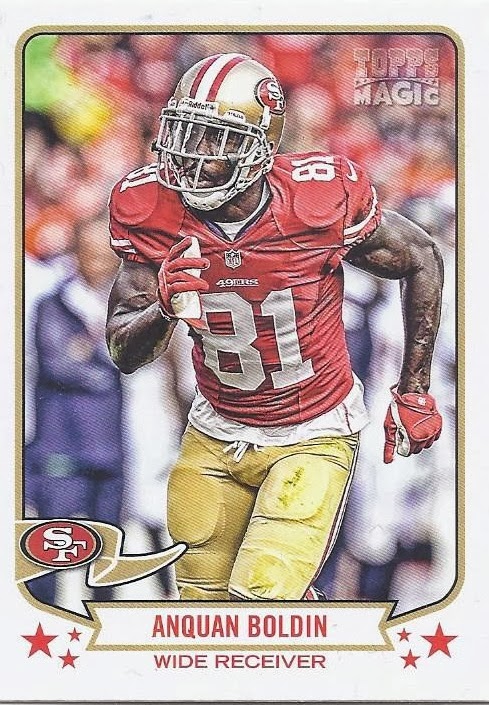 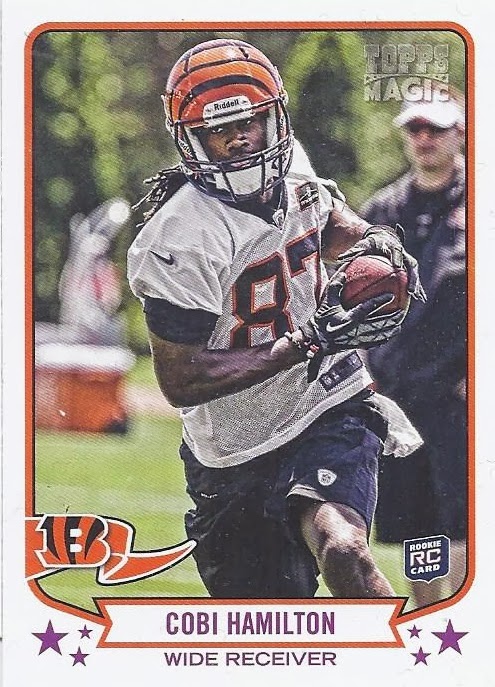 And the rest. With these being released so late in the year, I'd at least hope the Boldin isn't photoshopped.

A decent enough pack, and at least I know someone will be happy to see one of the cards I pulled.
Posted by buckstorecards at 13:55