And now, we delve into the world of questionable licensing and missing logos. Since this portion really wasn't as interesting as the Topps, I'm going to lead with the promised hit. 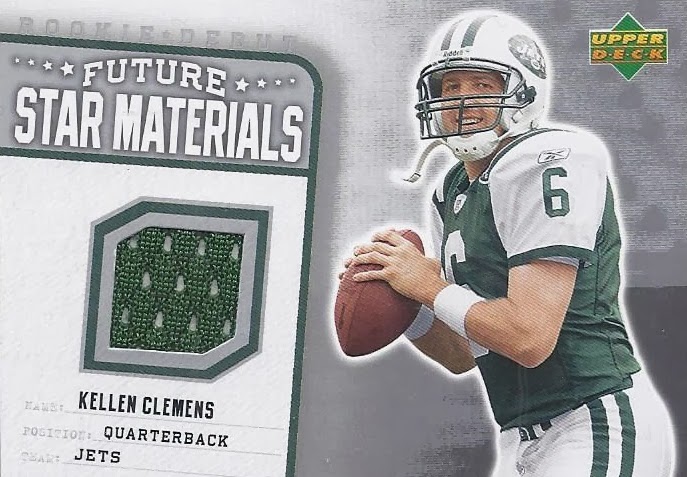 And now, let's move on with the questionable licensing portion.

I'll say this about the SAGE. They've got interesting things written on their packaging. I've never seen "Content subject to change" written on card packages. It didn't exactly fill me with confidence regarding the contents. But, all the packages did contain the advertised contents, as opposed to some randomly appearing 1991 Fleer football cards. 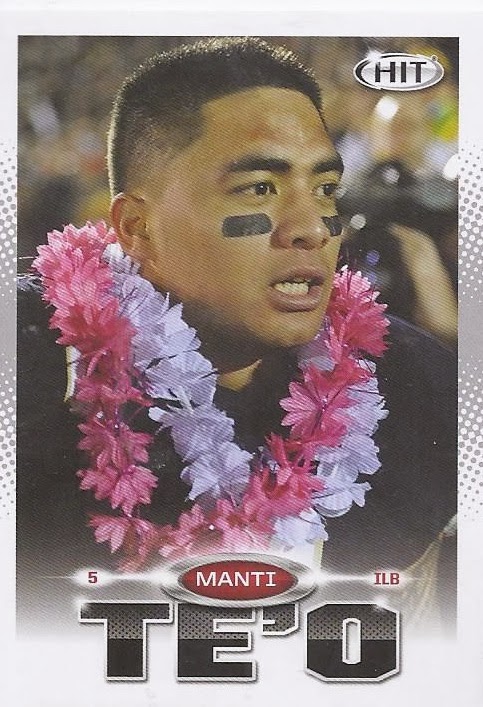 I'll say this as a positive for this stuff. In some cases, they found creative ways to remove logos and still create an interesting card. For someone born in Hawaii, incorporating the lei into the card works perfectly. 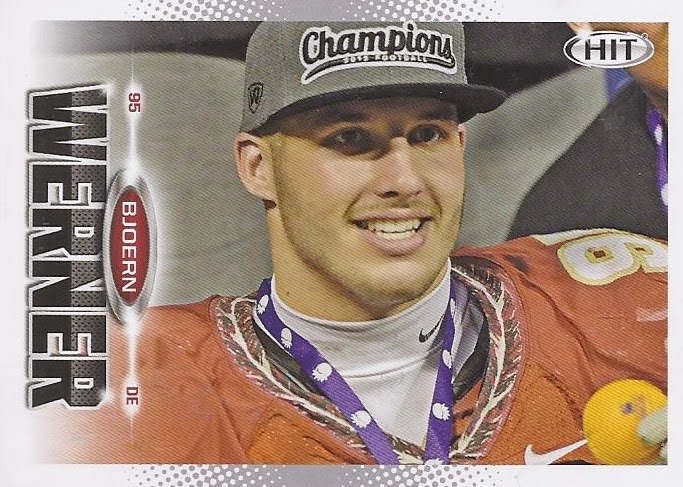 And this one works nicely as well, using another close-up to show that Werner was a member of a championship team. Not the championship team, but he did play on the Orange Bowl winning team. Thus making the orange on the card perfect.

But, most of them were pretty blah. I'm guessing Senior Bowl jerseys are perfectly legal to be used in this, as there were a lot of them. 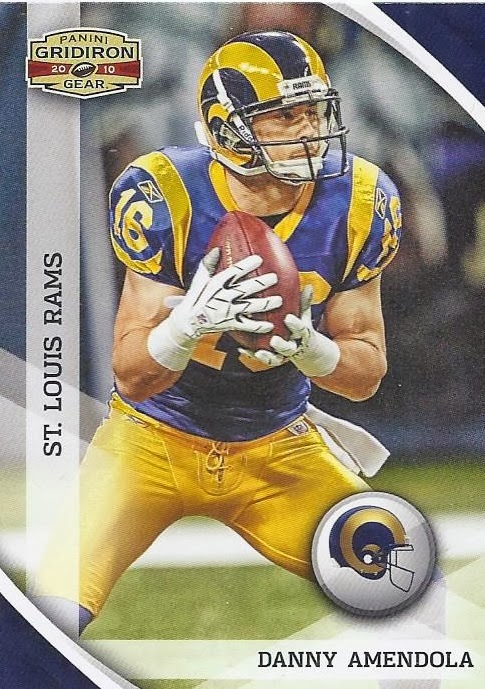 But, for a photography fan when it comes to cards, there really wasn't a whole lot notable about these packs. When I give the nod to a pair of unlicensed close-ups, it is really a bland overall break. Third place goes to this card from Gridiron Gear, and that's solely for the throwback Rams uniforms.

Buffalo Bills content? Here you go! Rogers was a Bill for the pre-season prior to being released and moving on to Indianapolis. That still counts for me! Hey, did you know Ryan Fitzpatrick went to Haarvaard? IF you didn't, you never watched a Bills game during his time at the helm. 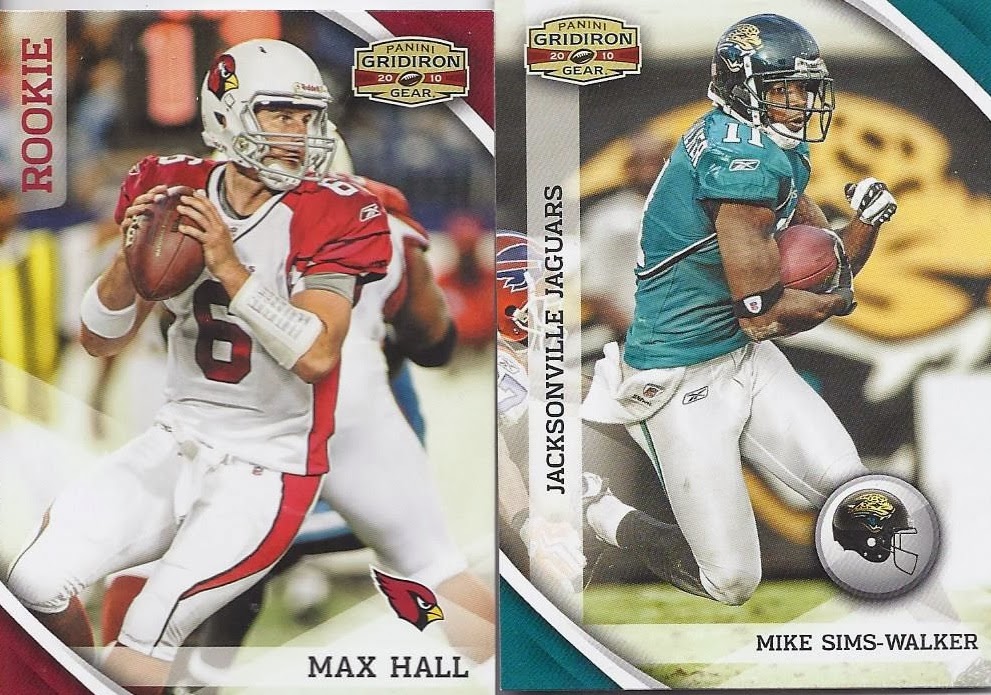 Out of 30 cards in the Gridiron Gear, two were future Winnipeg Blue Bombers. Going into a season where the Bombers might be worse than the expansion RedBlacks, I really wouldn't want to wish that mess on anybody.

In closing, it's an interesting product, but there were way too many of the same product in here. I got tired of opening the same product with the same design 7 or more times. I was almost hoping for some 1990 Score just to break the monotony.

But wrapping things up with a Bradshaw /10 really made it hard to evaluate my perception of the product. Without it, I'd certainly give it a pass a second time, unless I could see there was some variety in the packs being busted. But with it, I'm happier with the things. Heck, if it had been the Jim Kelly as opposed to the Terry Bradshaw, I might have gone out to pick a second or even a third one up.

It did satisfy my pack busting urges until Heritage drops, so that's the biggest bonus of all.
Posted by buckstorecards at 13:19