Another assault on my 2/14 binder courtesy of COMC

I had 3 goals concerning my 2/14 binder over this year:

I had already added WNBAer Kara Lawson to the binder, knocking it down to 4. But this COMC purchase took #1 off the list, as this one envelope contained 5 new names for the binder. It also bumped my total cards up to 608, and I still haven't worked in all the not-quite dime bin cards of Gaborik and Hejduk from last month's card show.

I'll start with all the new faces: 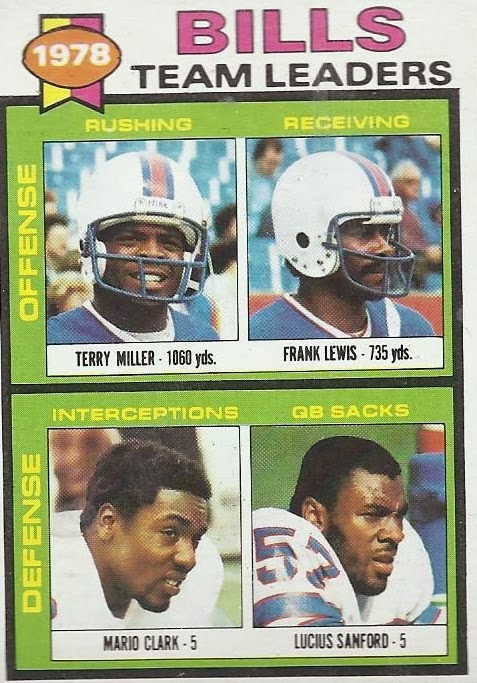 Coming off the big game, I guess I should lead with the newest football card. You've got a 1 in 4 chance of picking the 2/14 baby out of this group. If you bet on Lucuis Sanford, you're the lucky winner and I suggest a trip to Vegas. Despite leading the team in sacks, Sanford doesn't have a solo card in this set. Or any set for that manner, aside from local ones. Sanford is the 4th person featured on a Bills card in the binder, joining Jim Kelly, Drew Bledsoe and Lonnie Johnson. Out of 39 total, that's a good percentage. Especially when I have no Blue Jays or Raptors. 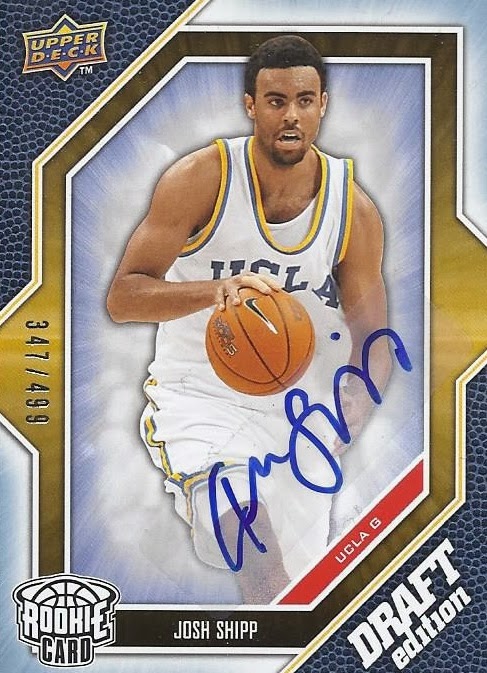 When the autographed parallel isn't much costlier than the base, opt for the auto. I haven't seen too many sticker autos where the sticker is placed diagonally on the card. Josh never made the NBA, although he did spend some summer league time with the Bulls. He's spent the past several years playing in Turkey.

Up next, a trio of golfers. All of these were discovered courtesy of a simple google search on "PGA" and "Born: February 14". Sadly, Bob isn't the former Mets announcer, but I can still tie him to the Great White North. He has 5 PGA wins, and the last was at the Canadian Open in 1986. Larry Penley is somewhat of a legend, at least when it comes to Clemson Golf. Take a read of his biography. 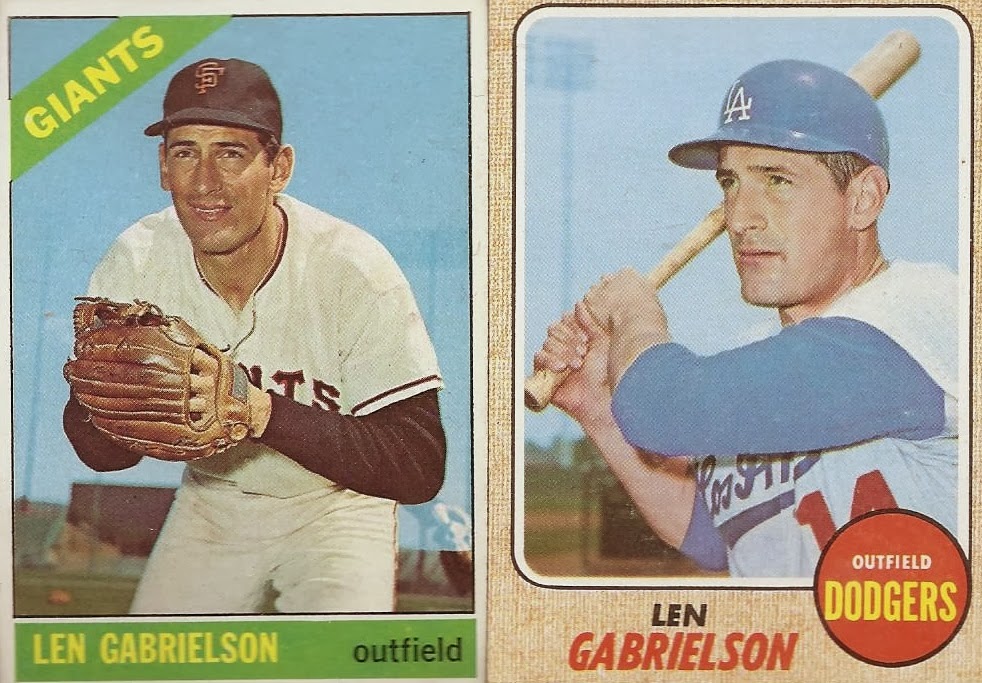 Here's two more 60's card of Len Gabrielson. They're my 3rd and 4th cards for the collection, and that's past the halfway mark for completing his solo Topps collection. 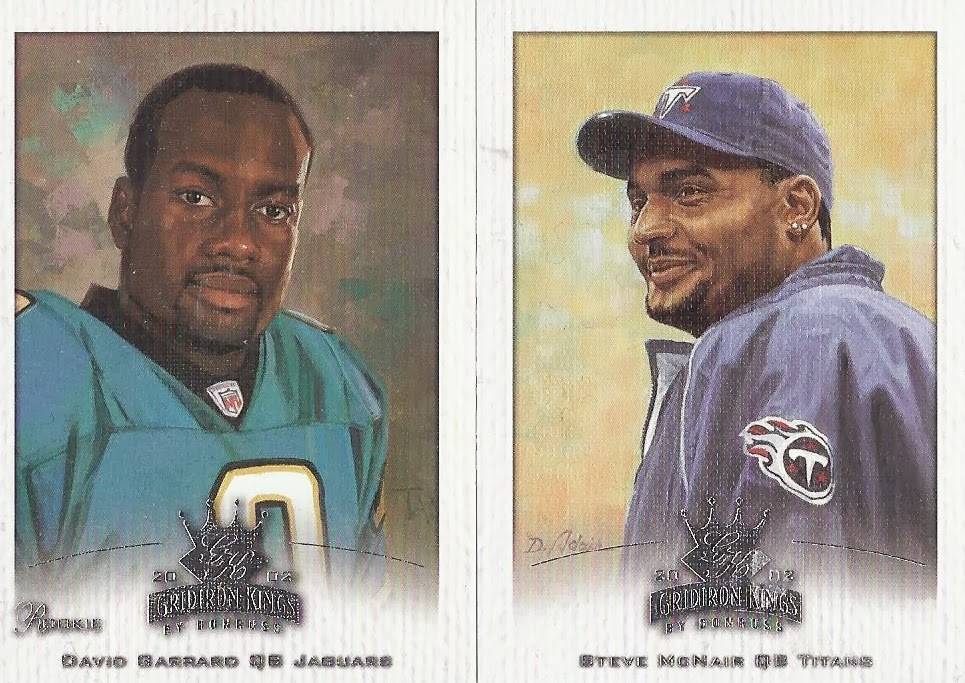 I received a Gridiron King of Drew Bledsoe in a recent trade. It was time to complete the 2/14 rainbow by adding these 2 cards. Or so I thought. Patrick Ramsey is also part of this set. 175 card set, and 4 2/14 binder members. That's a very healthy percentage. 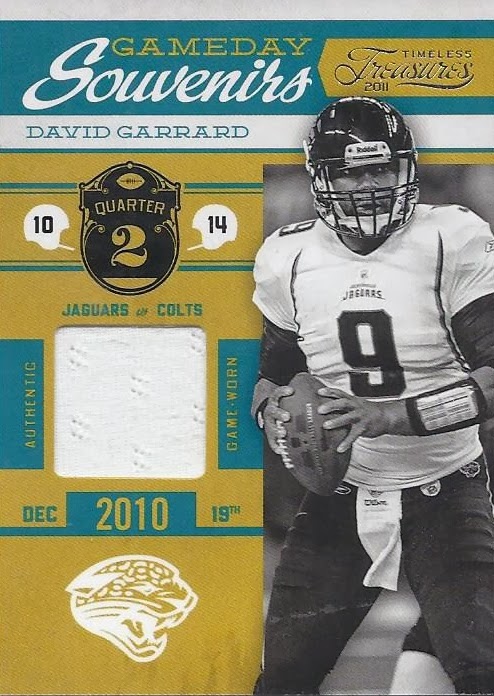 And to wrap things up, a new hit of David Garrard. It's a plain white relic. Pretty bland, but Panini managed to make this interesting. 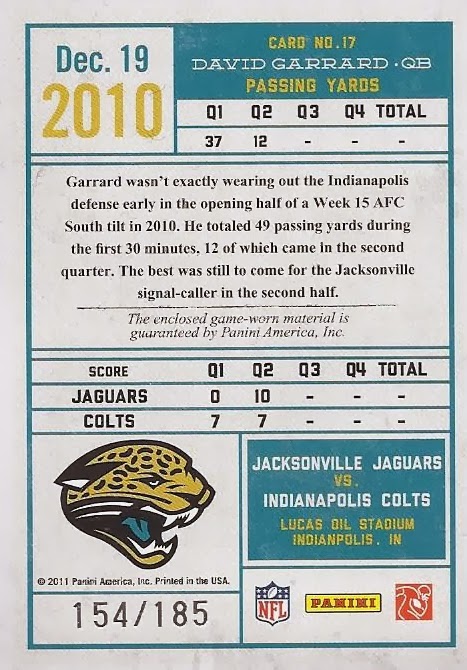 This relic is dated to a specific game. Interesting. Alas, the Jags didn't complete the comeback, and fell 34-24 on that day.