It is always nice to welcome some new names into a team collection. The Senators had 3 candidates with a reasonable chance to make their debut in mid-late season sets. I'll probably have to wait until the later sets for rookie cards of Cody Ceci. But since Bobby Ryan and Clarke McArthur were there at season's start, I figured I'd gets cards of them sooner rather than later.

Bobby had a  base card in Dominion as well as the Boxing Day set. However, I felt it more fiscally prudent to wait until something else came out. Sure enough, he was in Titanium, and I figured this was as good a time as any. As for McArthur, he was a definitely a surprise to see in a set with a small # of base cards per team. I figured he'd be in UD S2, but not in a 100 card set. 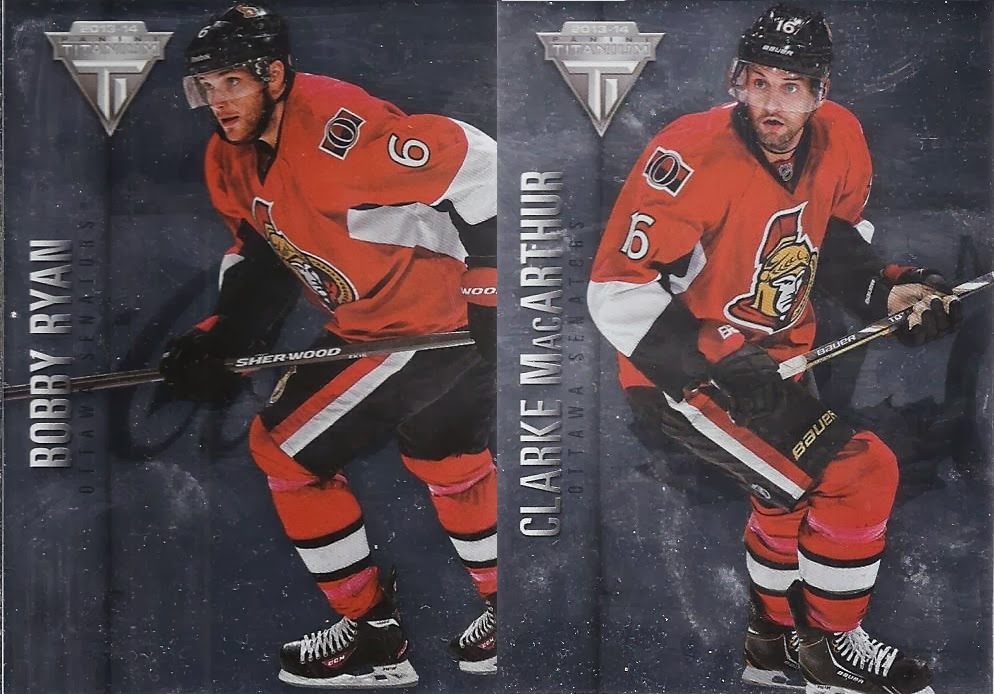 In retrospect though, I should have waited or at least opted for the retail version.. They don't seem to be as much of a magnet for fingerprints/dust//everything. 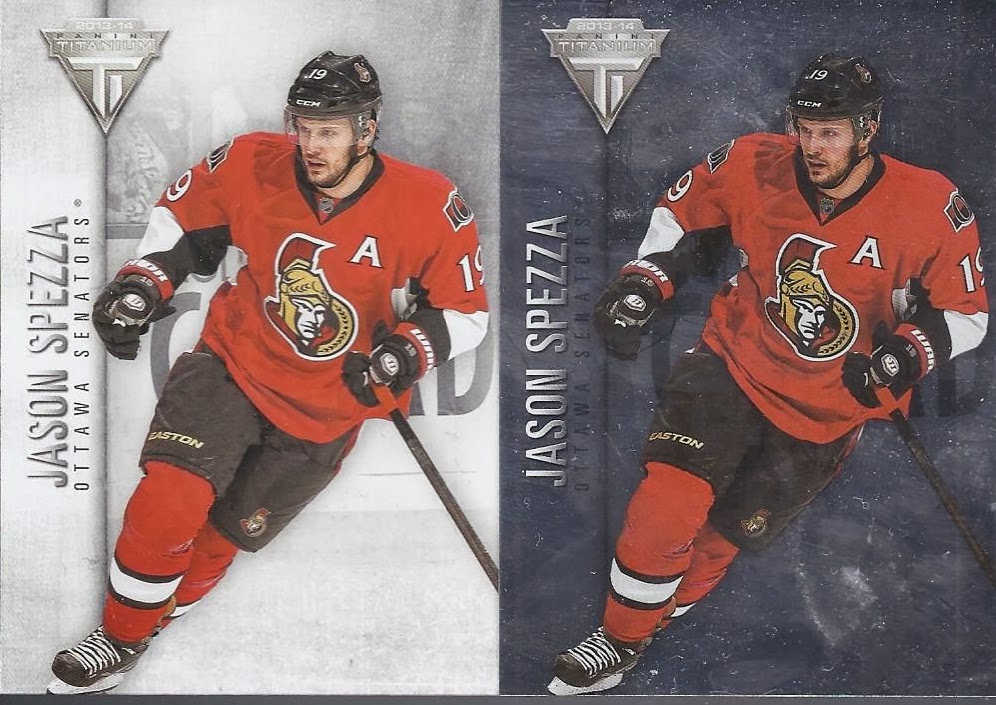 But I am only using a sample size of 1, so I might be off.
Posted by buckstorecards at 14:01