This is the follow-up to yesterday's post. As I said then, I sent a box filled with Topps stuff in his direction at the same time as the group break. What goodies would come in return? Let's see. 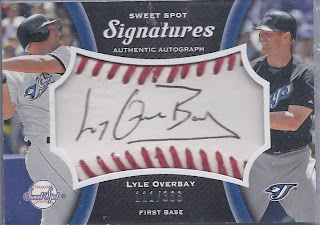 AWESOME! This seriously could have been the only card in the package, and I would still be elated. I do like the slightly outside the norm capitalization Lyle employs on his last name. The card was also sealed up tightly, so hopefully that will preserve the signature a little longer. So far, so good!

But there was more! 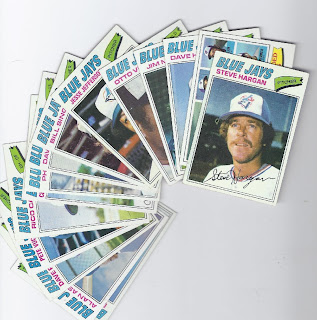 Howzabout all the non-rookie multiplayer Blue Jays from 1977? In all their airbrushed glory! 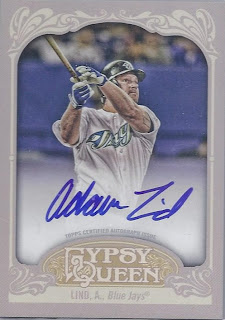 And a sweet Adam Lind autograph as well? 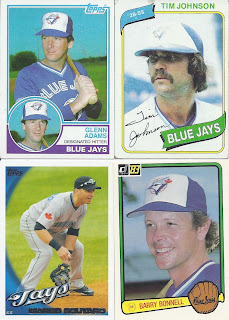 And 4 more Jays for my alphabetical binder project. I'm surprised I didn't have Scutaro already. That Topps/OPC card is the only Jays card of Adams, so that's a nice one to add. A card from Tim Johnson from his playing days is also a nice add to that binder. I was hoping the back of the card would include a Vietnam war story. Alas, no. 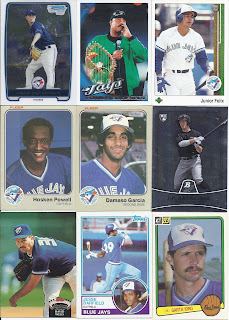 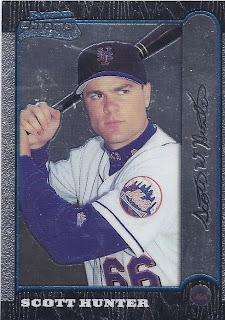 And a single solitary Mets card of a guy I'd never heard of, but he will still enter their binder.

Posted by buckstorecards at 14:20