So, I shipped a few 2013 Topps inserts stateside for Shoebox Legends. It started as that, but I then decided to include a small box full of all the Whalers cards I could find as well. In a moment of strangeness, the box was to small to send through basic mail - I needed to send it for about $20.00 with tracking. I ended up taping an income tax form to the side of it to increase the length of it to send it for a more reasonable cost.

Enough complaining about Canada Post's quirks. On with the cards! 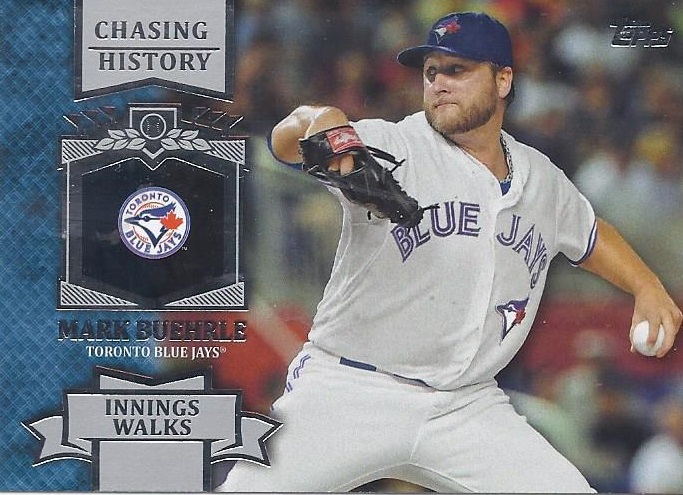 This was definitely one I wanted to pick up. I'd complain about the photoshopping, but since Mark will be chasing history this season, it does fit that he is listed and pictured as a Blue Jay for the card. 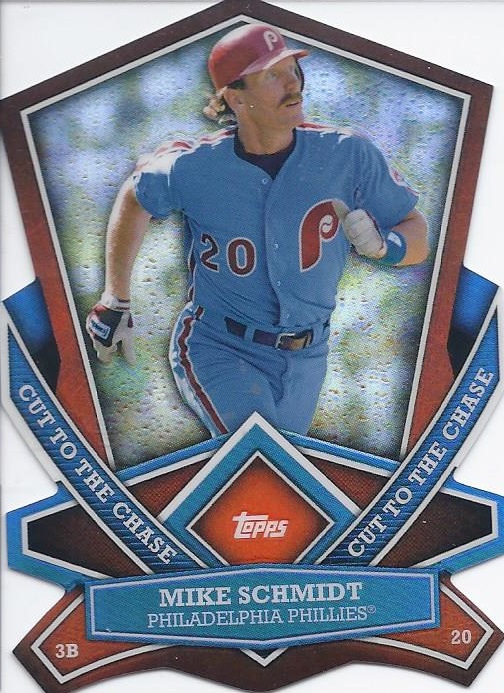 I swapped a CttC card, I might as well get one in return. I really like  how the colours work with the classic blue Phillies road uniform. An even switch for me. 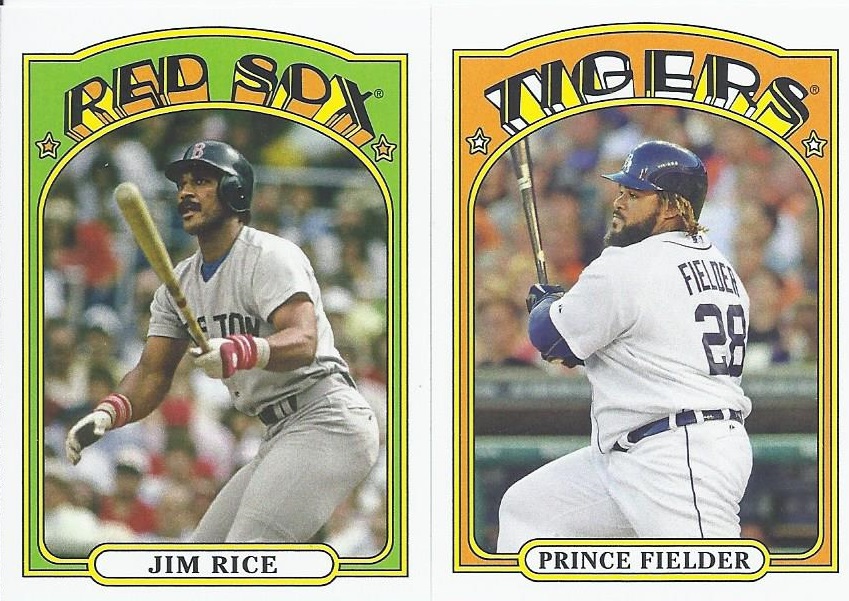 Although I'm not chasing the minis subset, they're always welcome in my keeper cases. Fielder's is definitely not the most flattering photo of his.

But there were some other things in there aside from just the 2013 stuff. 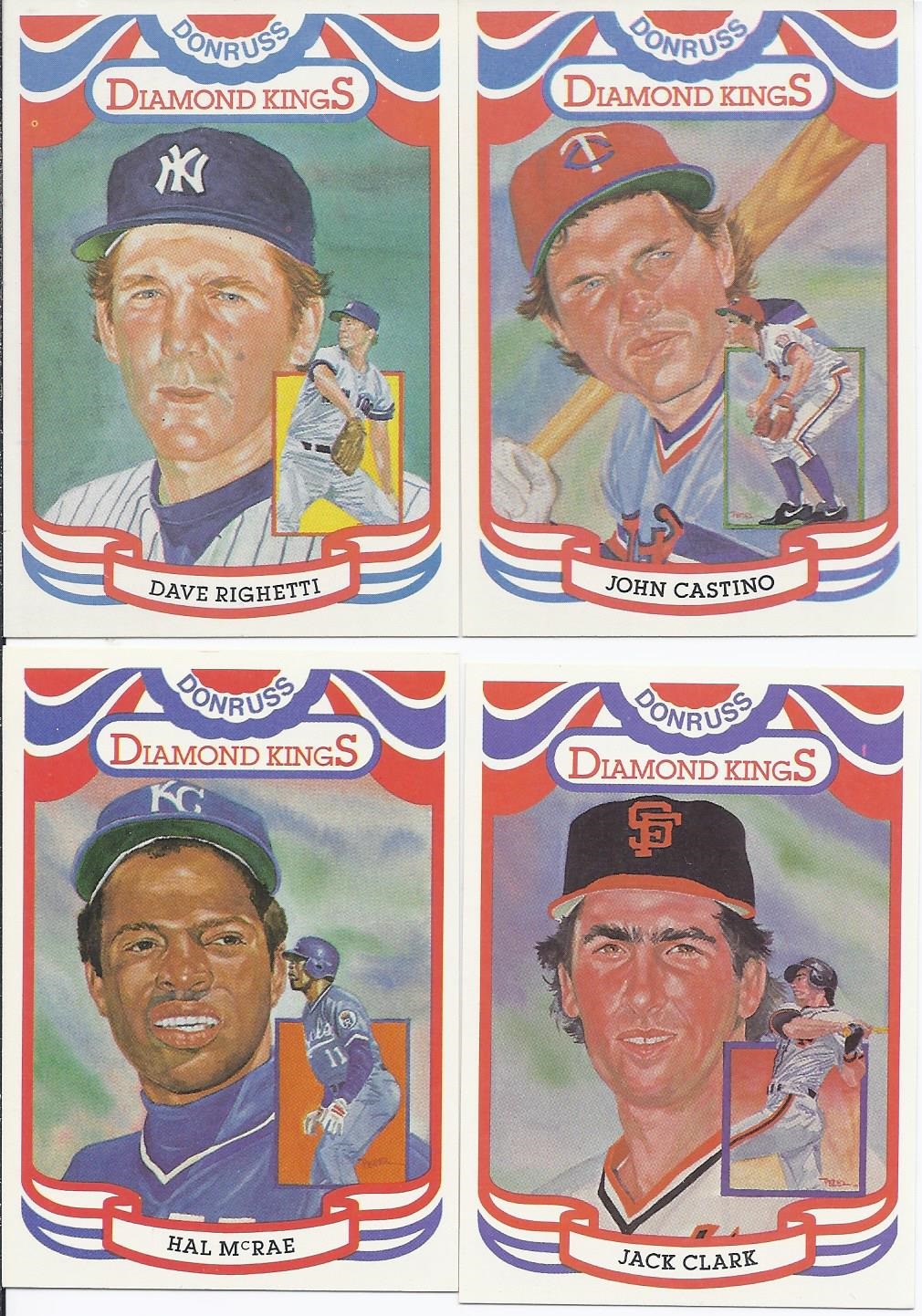 A quarter of Diamond Kings. I'll always remember Castino as the player who shared the '79 Rookie of the Year trophy. Sadly, the back of the card mentions him as a possible future MVP candidate, but he'd actually be out of the game by the end of the season due to a back injury. Righetti seems rather puffy in his, but I do like Hal's.

Some recent Blue Jays were part of the package:

You'd think they would have at least put some French on the back of the Blue Jays OPC card for old time's sake. Casey Janssen drops off my needed Jays list for the alphabetical project. I'm surprised he wasn't in there already, but I guess the other cards are either in sets, or I missed them in the binders. 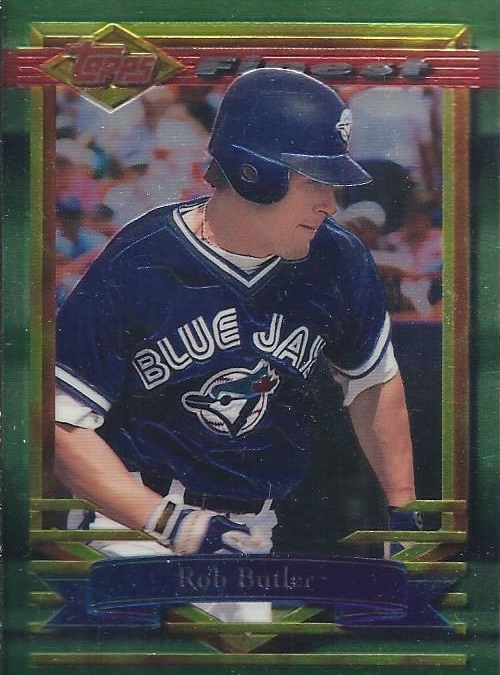 A few Jays from the 90s were in there as well. A nice shiny card of a Canadian kid who waved the maple leaf proudly during the '93 victory parade. 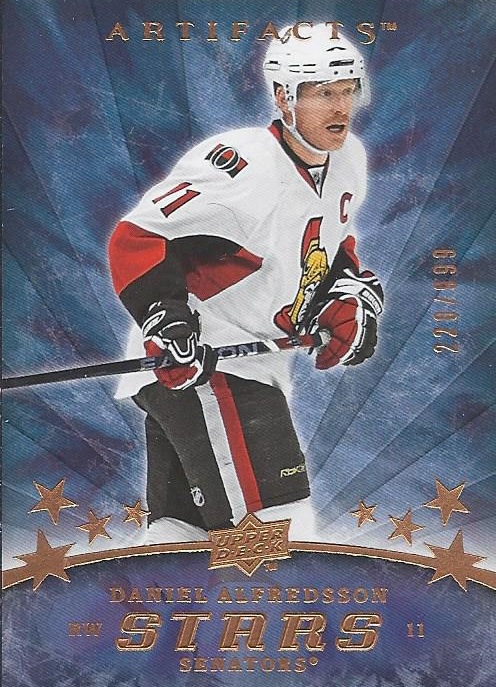 It wasn't just baseball, there were a few interesting hockey cards as well. A /999 for my Daniel Alfredsson binder was in the envelope, as was a trio of cards for my birthday binder:

I realize I'm probably the only person on the planet that actively seeks cards of both Ilya Zubov and Boris Valabik. Heck, I pulled a rack pack of 08-09 Ultra from a hanger just because a Rookie Sensations insert of the latter was visible in the back.

The Hejduk insert is actually interesting for what is on the back. 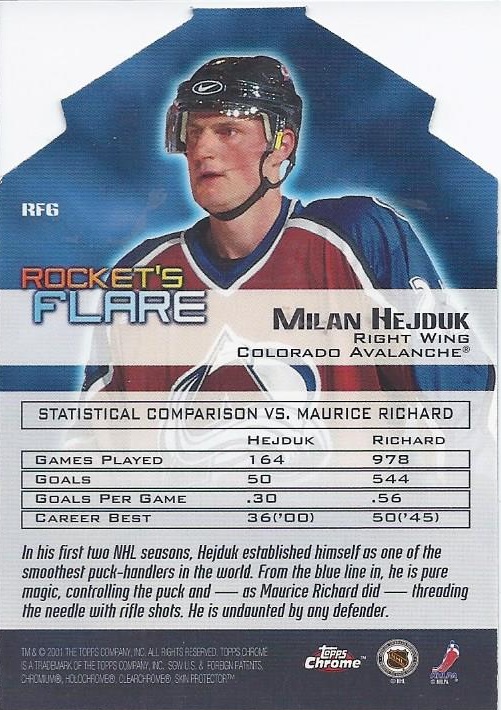 A comparison of the player's stats against those of the legendary Rocket Richard. It is interesting in comparison against the chase theme of this year's Topps flagship.

There were also a team bag's worth of 70's Blue Jays cards in there as well. I'll get to those later today or tomorrow.

Thanks for the goodies!

Posted by buckstorecards at 08:32