And now, the other side of the re-package. 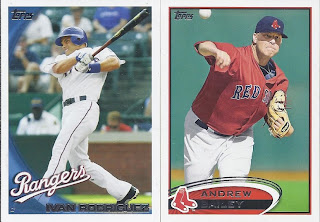 The two visible cards. I was surprised to see anything from last season in there. That was the only 2012 card in the package. 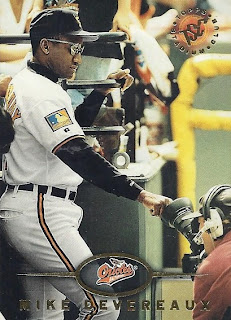 The third card among this 50 was a variant on "players screwing around with cameras" theme. Me likey! 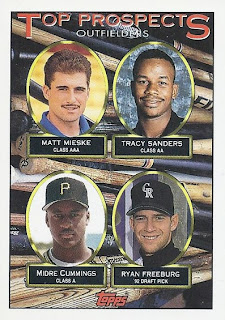 Isn't that sweet. Matt Mieske's first attempt at facial hair has been preserved on his first Topps card. Looking at COMC, it does seem that they just cropped his '92 Bowman card for this appearance. At least 2 of these folks actually had big league careers. 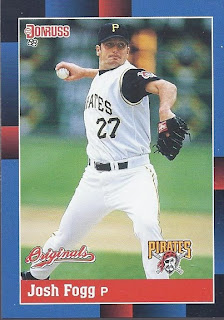 Sneaky! They make you think it a junk wax card, only for it to show up as a Donruss originals. Depending on the design and/or my memories of the set being saluted, I'm a sucker for these. Since I didn't know or care much about overproduction when these were out, this one is a keeper. 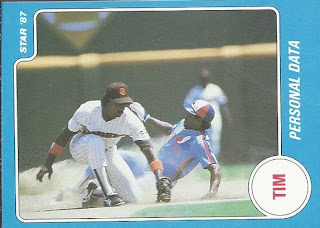 Sure, just having the first name on the card is cheesy. Still a better concept than the 1980 Topps hockey scratch-offs, though. 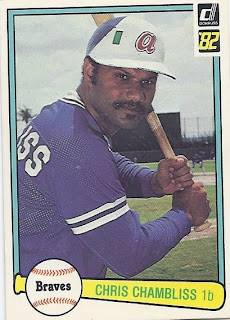 The oldest card in the pack. 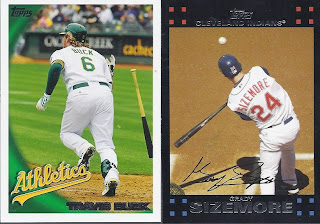 2 rear view shots. I can't quantify why I hate the choice of picture on the Travis Buck card, and love the one the Sizemore. 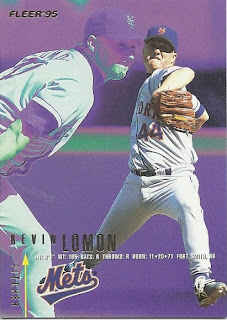 A Mets card of a guy I've never heard of. The only Met I pulled, and I think this is the only card of him as a Met. 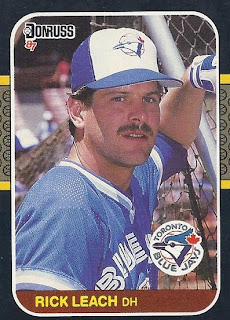 And this was the only Blue Jay I pulled. It's a dupe, so it will be sent off whenever my next package goes to Too Many Manninghams. 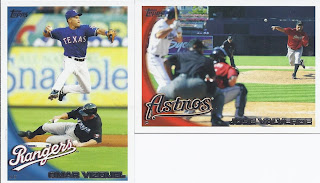 Two great photos right beside each other. 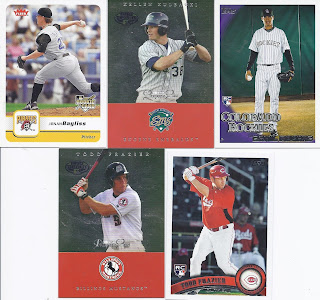 To wrap things up, the box promised 5 rookie cards. While there were certainly more than that, such as the aforementioned Matt Mieske card, I'm guessing that since these were grouped together, these are the ones they mentioned. 2 of the same guy, but at least he's still in the bigs. Esmil will be in Toronto this season. Bayliss spent a couple seasons in the majors, while Kulbacki never went past AA. It's an interesting mix.

Lots of fun from these 100 cards. Several more pages worth in my misc. binder have been added. Some trade bait is packaged up, and the rest might end up 5 to a sleeve in local geocaches. No complaints about this pack. I'll have to grab another one next time I swing through that Target.
Posted by buckstorecards at 14:41