Latest additions to the 2/14 binder

Some more packages came in over the past couple weeks, so to fill up my varied binders/collections. I'll get to them all eventually, but today my focus is on the birthday binder.

On 2/14, I lamented that aside from some cards of Jim Kelly, Drew Bledsoe, Steve McNair and David Garrard, the binder was really lacking in football cards. Mind you, that is a pretty decent quarterbacking foursome, but variety is the spice of life, so most of my additions were to fill those spaces in the binder.

I'll open with the oldest card I picked up, and now the second oldest in the binder. 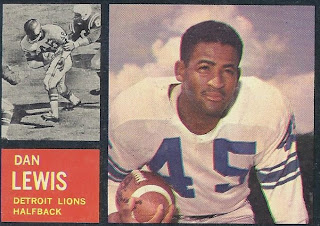 Way before my time, but still a great design. The only complaint is that the back of the card doesn't include his birthdate, although he didn't have any cards that included that. 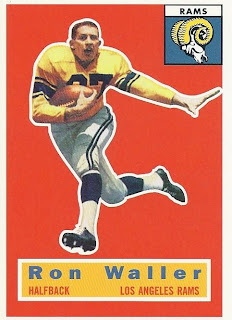 I wasn't about to drop money on the original. The ones for a reasonable price weren't in the best shape, and even then were costlier than this one. 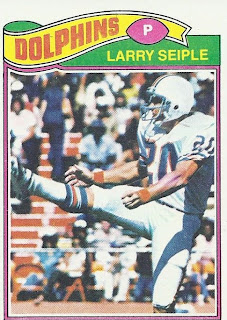 A card for a punter? Who would consider such a thing today. Back when Brian Moorman was the only worthwhile thing about the Bills, I looked for a card of his, and there is only 1 solo card (with variants) of his. For Larry, I had 7 different to choose from. Since was the closest thing to an action shot, I opted for it. 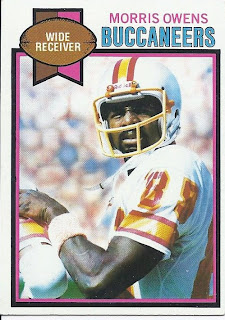 Wikipedia points out that Morris was the Bucs' leading receiver in their 1976 season. They don't mention the Bucs' record that season. 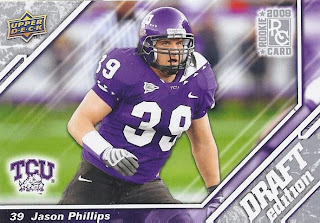 I guess I could have picked up a card of him in NFL gear, but how can I turn down a card of a guy in a Horned Frogs uniform? Despite the fact he's still active, he only has cards from the 2009 season. Because you need rookie cards of every draft pick. It's like how Jeff Dellenbach is the #1 player in terms of games played, but he doesn't even crack double digits in terms of available cards. Who'd make a card for an offensive lineman? But I guess the plethora of drafted cards does make it easier to get at least one card of a specific player. 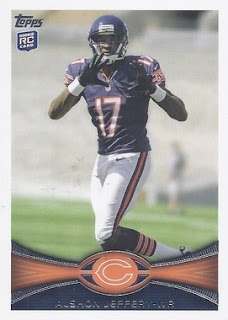 Such as this Bears draft pick from this past season. 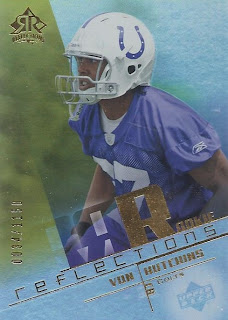 Or this guy who bounced around the league, and now appears to be a scout in the Raiders system. 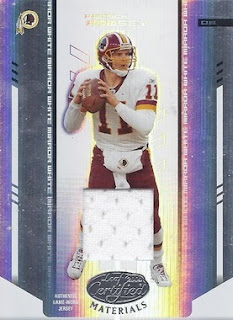 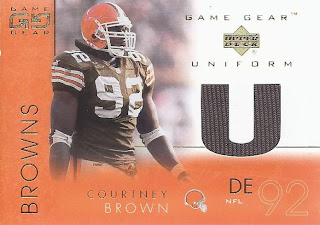 A former #1 draft pick, and one of the bigger busts to come out of that category, thanks to the injury bug. Still, this is the first brown-coloured relic in my binders.

That it for football, off to basketball. A whopping 2 new cards for that one. 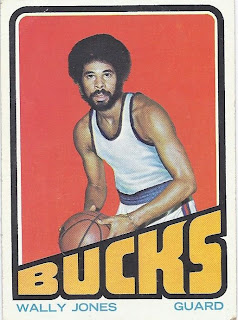 I blame basketball reference for my taking so long to add one of his cards. They had as Wali Jones, and that reflected no results at COMC, and only 1 result on sportlots (where he is named Wali on the card). Since none of the sellers there had anything else I wanted in order to combine shipping, I held off. Finally I cross referenced one card with the other to learn about Wally Jones. And the rest, is binder stuff. 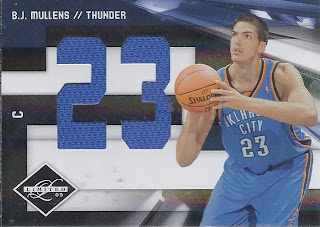 Another relic card for the front of the binder. Another /99 card. Another $1.55. At least he's still in the league. But it is in Charlotte, so nobody notices.

Continuing with the hits, here's my third autograph for the binder, joining Milan Hejduk and Callix Crabbe: 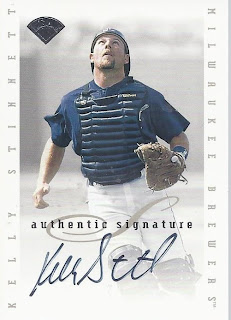 And finally, the whopping 1 hockey card I added. 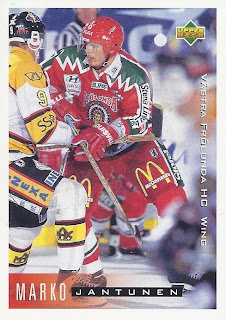 Marko only managed to play 3 more NHL games than I have, necessitating a move overseas to pick up one of his cards. Much like with Lewis, there is no birthdate on the back, so you'd have to take my word for it if you came across his card in the binder.

Posted by buckstorecards at 06:41