It is a re-pack weekend!

A trip out to the big box store side of town included a trip into the Walmart and the Dollarama, which of course also included a trip to the card areas of the store. So, among the actual reasons for the trip, I also picked up a pair of surprise boxes, a 35 for $3.00 baseball hanger pack from Walmart, and one of those Best of 2012 boxes. All in all, I'm pretty happy with the goodies from these purchases. The latter landed me an autograph (albeit an unspectacular one) and a very nice parallel. I'll get to the surprise box fun tomorrow and the Best of 2012 stuff on Sunday and into the week. For now, I'll post some of the 35 pulled from the hanger pack. 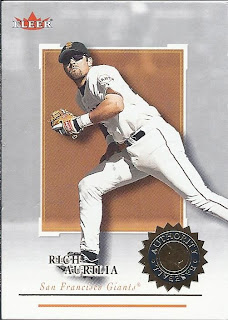 This was the only card visible in the pack. I still don't know why I picked this one of the hanger specifically. I'm not an Aurilia or Giants fan. Still, if you can't enjoy the cards in a repack, you aren't trying very hard.

The rest of the cards lined up like this:

That's about 27 fewer cards from the junk wax era that I was expecting. Yet, I was still able to enjoy some of those as well. 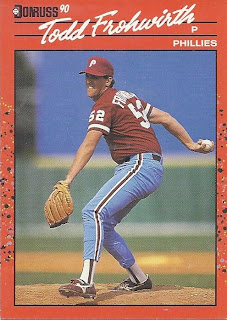 Such as this fashion don't. 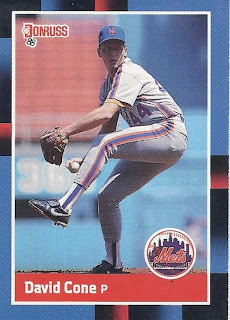 Or a Mets card I don't think I've got in the binder yet (but probably do). 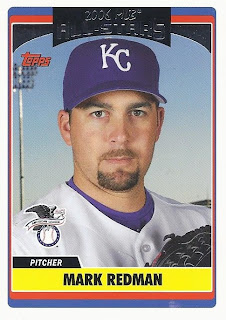 All the Update cards were of the All-Star variety. None of them were marquee names, but that is to be expected. It still does lead to the "He was an All-Star?" moment with some of the players, such as with Mark Redman. I could have done the same by posting the Gary Matthews Jr card that was in there.

As I was going through the pack, I did notice that there were a lot of 2007 Yankees cards coming up in a row. Curiousity got the best of me and I flipped that cards over to see the NYY Yankees # on the back, indicating they were glommed from a team set. That's something you really don't find much of in repack land. 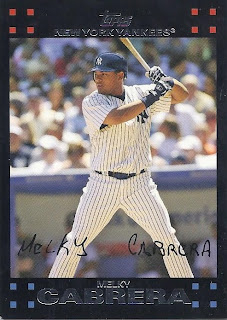 While my favourite picture among them was the first Pettitte Yankees card, I'll have to vote for a guy who'll be making his way north of the border in Blue Jays garb this year.

The bulk of the rest was the Fleer. Speaking of guys who'll be debuting with the Jays this year: 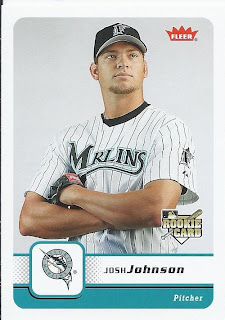 While it is probably pure dime or quarter bin stuff locally, this is a nice addition to the binders. 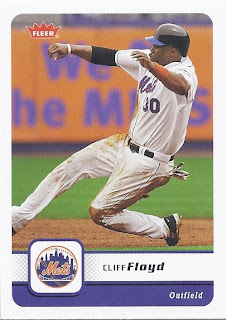 As is a sliding Met. But my favourite card in the repack is one that will be making its way to the land of dime boxes very soon. I'd already sent a small package his way earlier in the week - only to notice a card I knew I had an extra of make an appearance on the dime box dozen. I vowed not to send it out unless I found another one I knew would be liked. I think this great Ben Sheets card fits the bill: 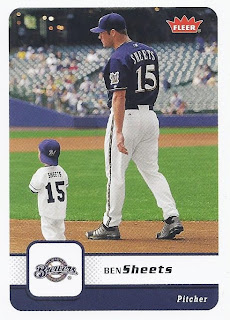