So, Target stores have finally arrived in Ontario. The first few opened up a couple of weeks back, but they were a little too distant for me to consider making a trek to in order to check out the card aisle. Some more stores opened on Tuesday. I didn't really want to head out there the first day to snoop. But, things were easier on me later, so I went out.

In comparison to the Wal-Mart card aisle, it is definitely better. Not in comparison to any LCS, but it did have a nice variety of stuff. Lots of hockey stuff, naturally, but also a gnice selection of baseball. They even had football and basketball blasters - something I've never seen at Walmart, or, for the latter, even at my local shops. Lots of repack fun too, and the stuff works out on a per card basis as cheaper than the stuff I find even at the Dollar stores. Much of the repacks were of the envelope containing a relic/auto card and 3/4 packs. No baseball there, though. Just hockey, and, surprisingly, football.

I was able to control my urges, and only bought a couple things.

First, I picked up something that I thought only existed in fables and song. A 100 card Fairfield repack. I'll get to that later once I bust it. I also grabbed a couple 2013 Topps flagship. Sure I've got the set, but I wanted a chance to finally pull one of those mystical red bordered cards. The pack even stated that they contained such cards.

The base did include a Jose Reyes, so now I've got one for the set and one for my Jays alphabetical project. No complaining there.

As for red parallels not a one.

What inserts did I get? 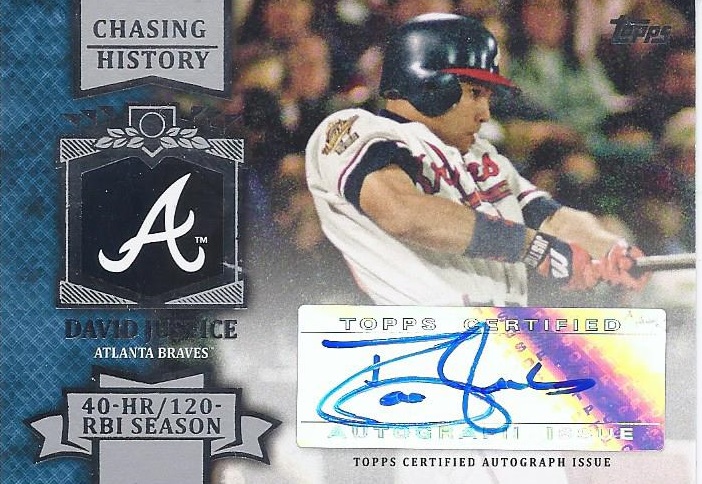 I'm always happy to pull and auto card. Even if it is a dupe of the autograph I pulled from my jumbo box break. Seriously, check out the side bar for a link to my Topps 2013 trade stuff and you'll see it. At least it is obvious that Justice didn't pull a Devante Smith-Pelly with his stickers. 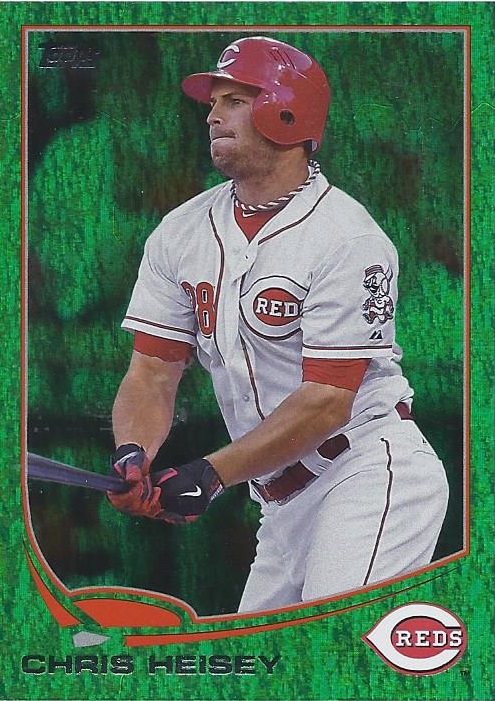 At least I've got another bonus Reds card for when Nachos Grande gets a nice trade stack up.
Posted by buckstorecards at 08:54