I shouldn't have made a shopping trip last week when I had the urge to bust come packs. It resulted in leaving the stores with several repack products. I've shown those off last weekend. Now, on to the costliest of the bunch: 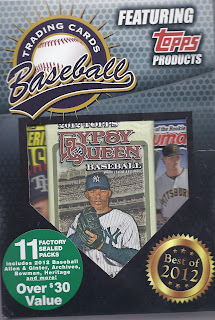 Once opened, the contents were as follows:

So, no promised A&G. But there's still enough for me to have some fun busting the recent stuff. There's a little too much for me to post in 1 verbose attack, so I'll split into 2, and head through it alphabetically. 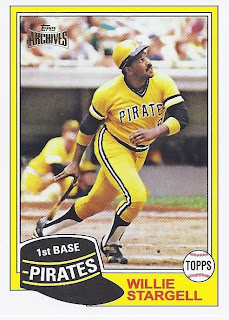 That's a very yellow insert card.  But since 1981 is one of my favourite designs, I'll gladly add a reprint of a Pops card into my binders. I'm surprised I didn't have this one in the Strawberry portions of my binder. I'll add this base card gladly. Thanks, repack box! 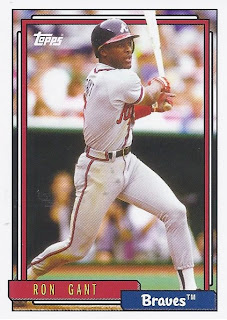 The other highlight of the Archives was this SP. Pretty blah packs overall, with Darryl being the only legend card in the bunch. Off to the Bowmans. 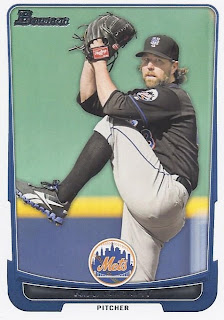 Yup. Things are already looking up. 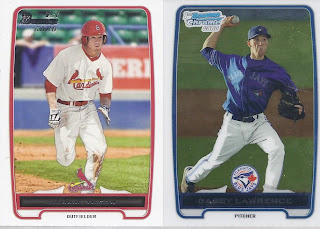 I hope these two guys go on and have long careers. Not so much so these cards increase in value, but so these two chaps can get at least one card with a more flattering photograph on it. Charlie looks like they photoshopped a photo of himself on the toilet onto a generic Cardinals base running photo. As for Casey, he looks like a human Pez Dispenser. I'm hoping these photos were used as a rib. That's the only excuse for that photo selection. 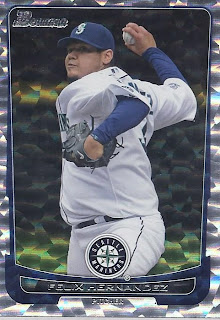 King Felix! This was the only shiny card I pulled from the packs. Definitely a good enough player to pull a Silver Ice of. 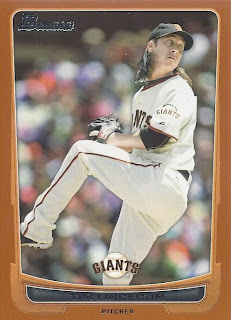 And a numbered orange parallel /250 as well.

Those are nice, but the best Bowman card actually came out of the little purple insert pack. 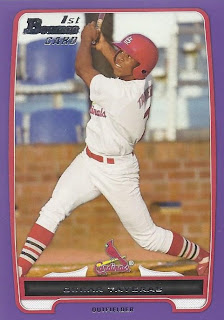 The most hyped prospect as the 2013 season approaches. Nice! Far better than I expected to find in the repack, especially since this was the card visible through the front of the cellophane wrap. Maybe there is a repack searcher out there looking for a job as a result. I wasn't surprised that it was going for a pretty penny at COMC, but I was surprised that it was going for even more than the Harper.

I'll get to the Heritage & Gypsy Queens tomorrow. Then I have my Fairfield repack stuff to get through, then some Raptors from the Guilt-Free Basketball Card Club to get through. Hopefully, no more packages swing by until Monday or Tuesday.

'night!
Posted by buckstorecards at 17:41