Trade with Cards on Cards - The Baseball Goodies

I highlighted some of the basketball yesterday. Now, on to the baseball, with some of the Jays and Mets that headed my way. 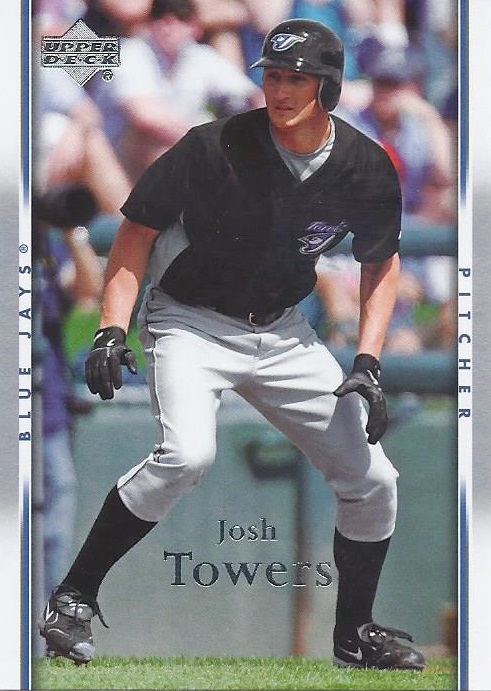 I'm not sure if this card was or wasn't on my Top 10 wantlist when the package was mailed, but regardless, one of the cards dropped off the list with the arrival of the package. While I already had a Josh Towers card for my alphabetical Jays project, after seeing this picture, I wanted this one for the binder instead. An American League pitcher taking a lead off what appeared to be the third-base bag? Sounds interesting!

Plus, you can play card detective with it, and see where the photo was snapped. Josh appeared in two interleague games in National League parks, pitching in Colorado and Atlanta. He went 0-3 in the latter, but singled, and worked his way around the bases in Colorado on May 19, 2006, scoring off a sac. fly by Vernon Wells. So, this photo was snapped in the 5th inning of that game. I love you, baseball-reference.com! 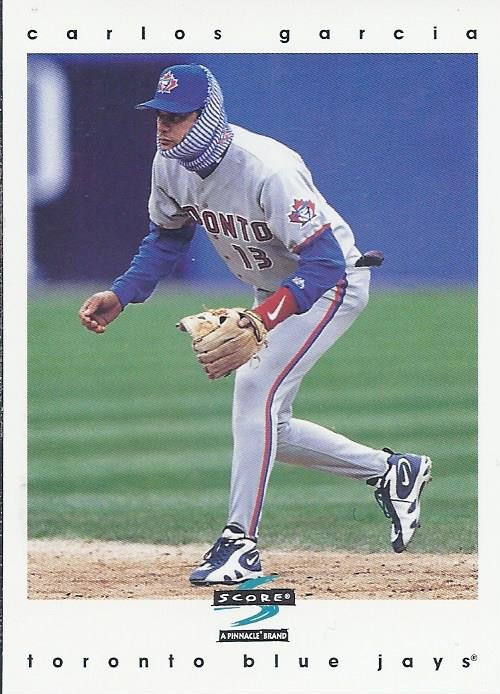 Another card that will surely be replacing another in the binder is this one of Carlos Garcia.  You'd think someone who'd come to Toronto from Pittsburgh would be used to colder temperatures each spring in northern climates. The Jays did make some early season trips into Chicago and Milwaukee in 1997, and I had guessed the photo was taken in the former. Temperature was in the 30s for those days, so I can see why someone might cover up a bit on the field. 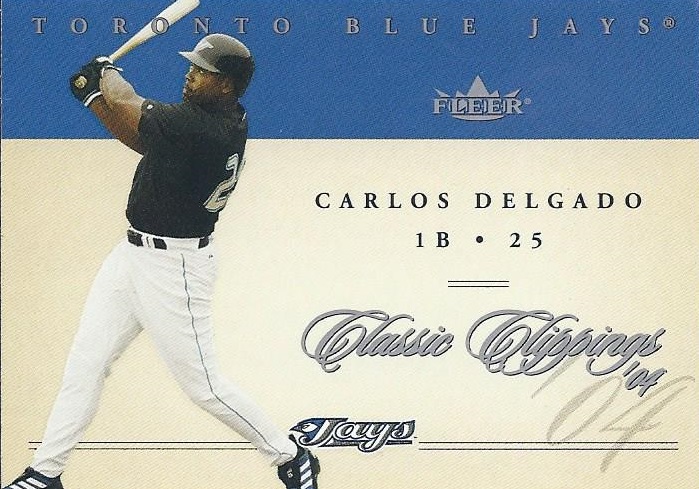 I wanted a Delgado card that saluted his 4 home run game in 2003. I finally got one of those, with the Jays portion of the box score from that game appearing on the reverse of this card. There were some Mets in this package as well. Most interesting to me was this Venezuelan David Wright card. I could even kinda sorta read some of the Spanish on the back. 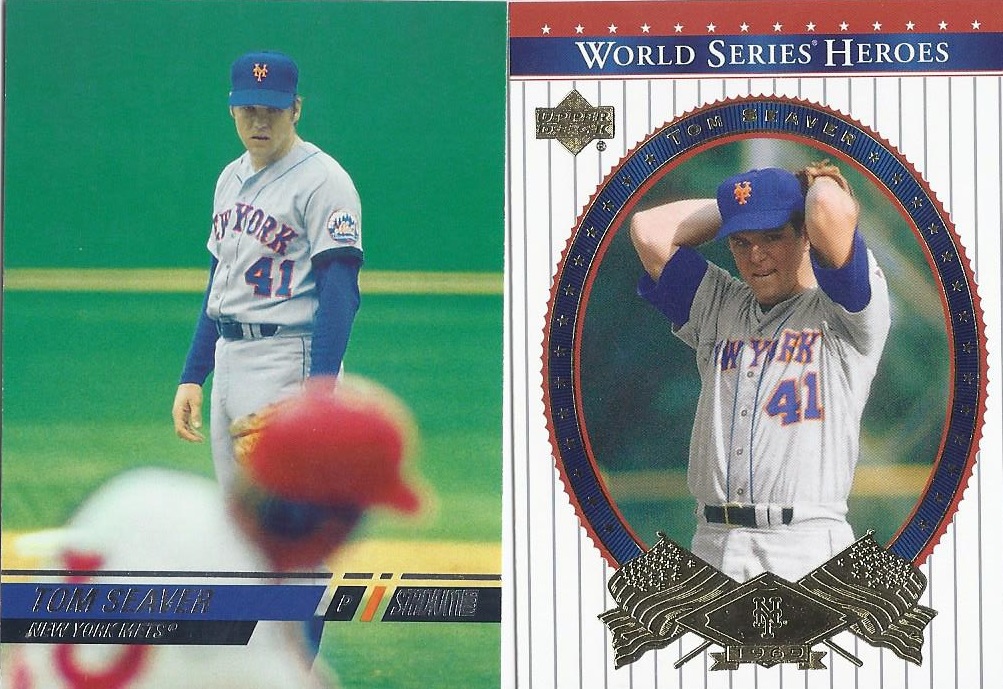 A pair of Tom Seaver cards are always welcome in my Mets binder. 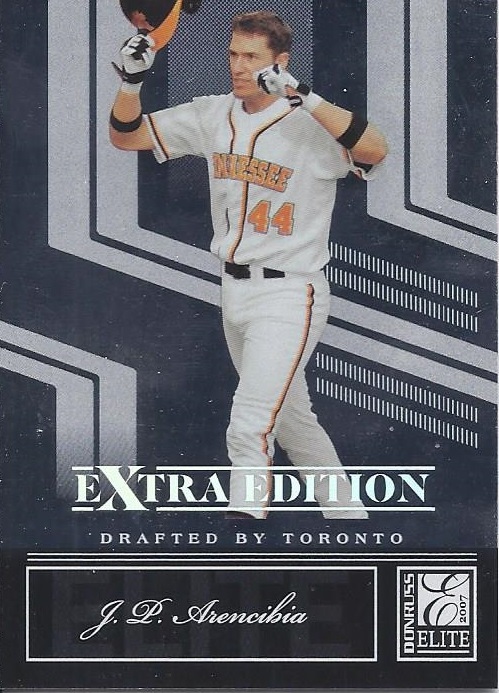 And to wrap it up, a nice early card for JP Arencibia.
Posted by buckstorecards at 13:59