This could also refer to the Shoebox Legends trade from last week, as there were a quartet of mask cards that were also part of the package. Might as well hold off and get to them now rather than have to raid the binder this morning and decide what gets posted. 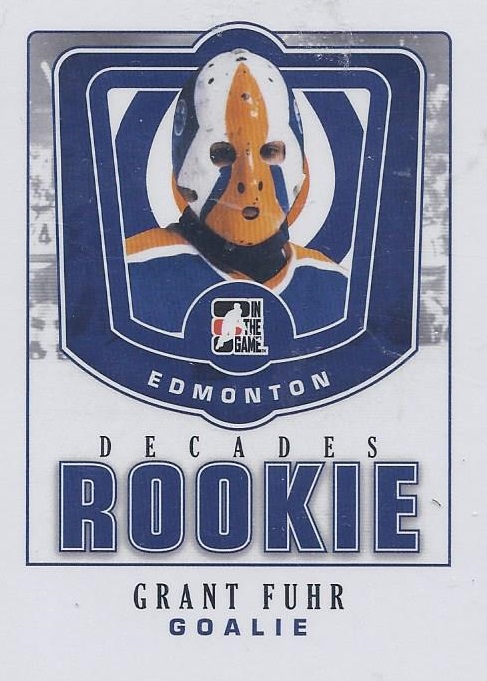 Let's open with a Hall of Famer. Grant wore the full mask for most of his career, so this one certainly traces to early in his run with the Oilers. The reverse of the card refers his debut in 1981, so that's probably when it is from. COMC doesn't nail it down. Google images? 1981 it is. This look is more intimidating than much 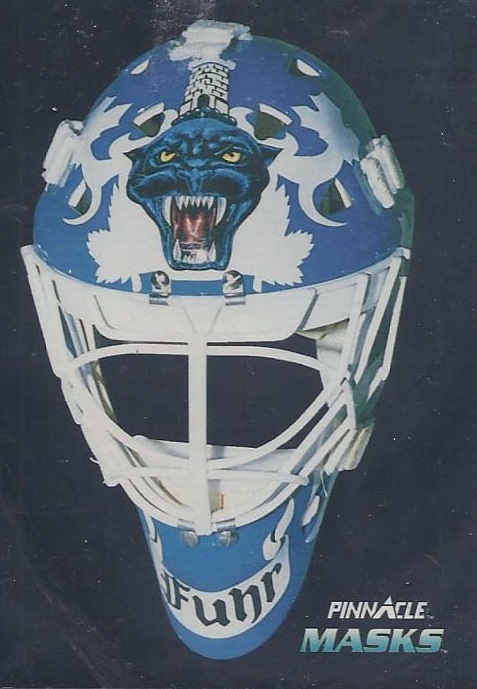 At least this one is a little easier to date. It's from the 1992 Pinnacle set. A nice shiny parallel of another Stanley Cup winner. 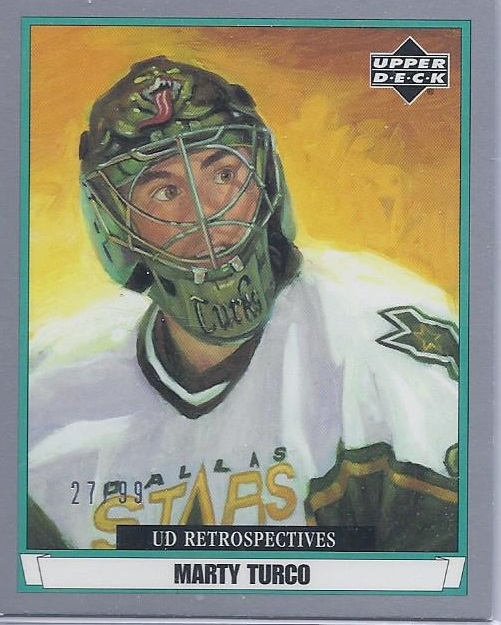 Finally, the hit of the goalie mask collection. A /99 card of Marty Turco. This is the second one of these from the UD Retrospectives that will go on the hit portion of the mask binder. The only question is do I put this one in the binder, or put it in my next care package to Too Many Mannighams. I guess my success at hunting down UM alumni at the Expo will determine that. It is in limbo for now, but will eventually find a home in someone's collection.

Posted by buckstorecards at 14:15