Instead of heading into my binder for cards I already have, I'm going to highlight 3 that joined the binder ranks over the past 24 hours or so. 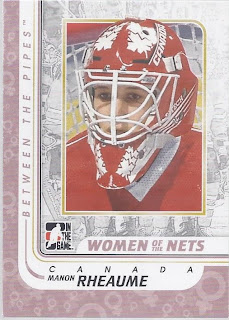 I'd showed some Rick DiPietro cards on the blog in the past, featuring his rather patriotic American masks. Let's swing to my homeland and highlight a Team Canada mask featuring one of the more important figures in hockey on the distaff side - Manon Rheaume. To make you feel old, Manon turned 41 years old last month. Manon is the only female to make the mask binder, with her Masterpieces card and now this one. However, there are some nice ones out there of Kim St. Pierre, so that might go on my wantlist when another card drops off. 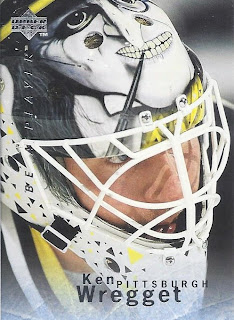 So Ken wasn't really on top of it, coming out with this mask a couple years after Batman Returns. It's still an intimidating thing to see, and it is nice to see a different type of Penguin saluted on the mask. 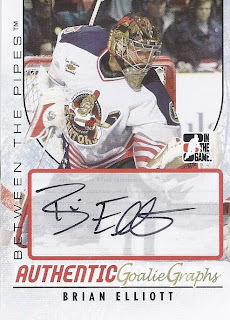 And why not add an autograph of a former Sento the hit portion of the binder? A classic interpretation of the Sens logo, with the bonus of a nice shot of a minor league logo. Brian has moved on and is now in St. Louis, and he now sports Casey Jones on his mask. 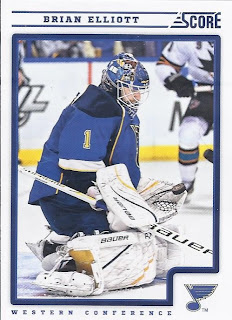 Mercifully not THIS Casey Jones.

Posted by buckstorecards at 12:23