I'd heard about the joy of these on several blogs. But they'd never appeared on this side of the border, despite my prowling through various stores in a search for any sort of repack. But, a week and a half ago, a Target opened in my area, and I swung through to check out the card aisle shortly thereafter. I picked up one of the 100 card repacks for $5.00 and enjoyed searching through the stacks. It didn't have nearly the level of junk wax area stuff that I expected. I was wagering on 3/4 of it being 87 Topps and 88 Donruss. I ended up with one of each (87 Steve Jeltz and 88 Mike Aldrete).

Two piles of 50 cards each. Let's look through one today, and one tomorrow. 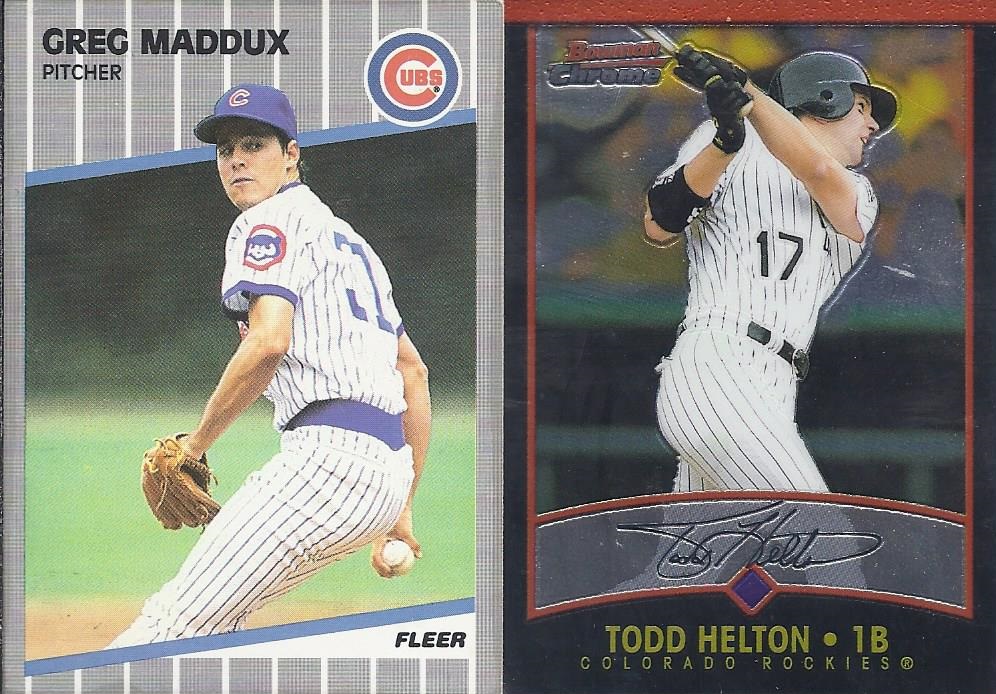 These were the two visible cards on the one side. I took a quick look for anything Mets or Blue Jays related poking through the windows. Finding none, I  just pulled the first pack off the rack. 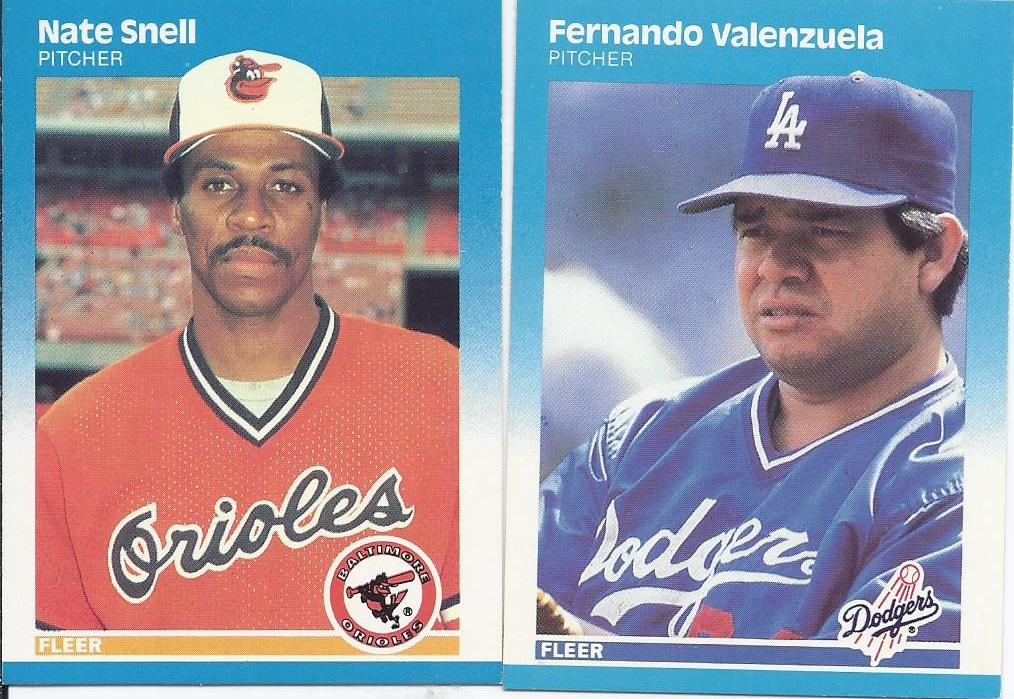 Fernando does not seem very impressed by Nate Snell's attempt at the "how much orange is too much orange?" experiment. 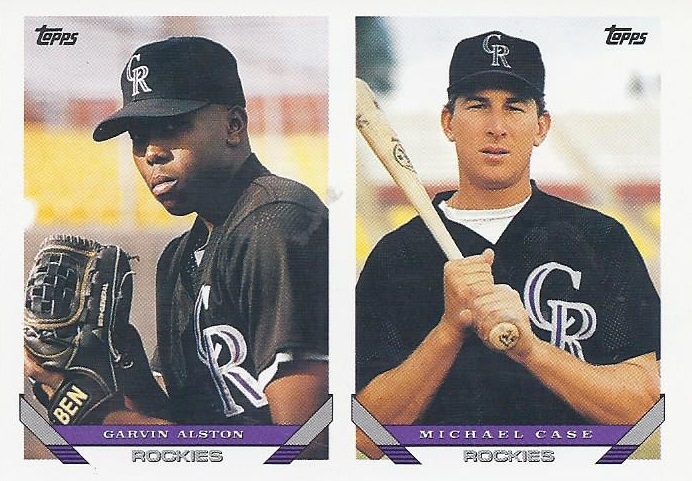 A nice dual card. This card and its gold parallel were Michael Case's only big league cards. Garvin did get one more a couple years later. Either way, its a binder certainty. I really should start a small binder with hockey and baseball cards of guys who only had a couple official cards during their big league careers. 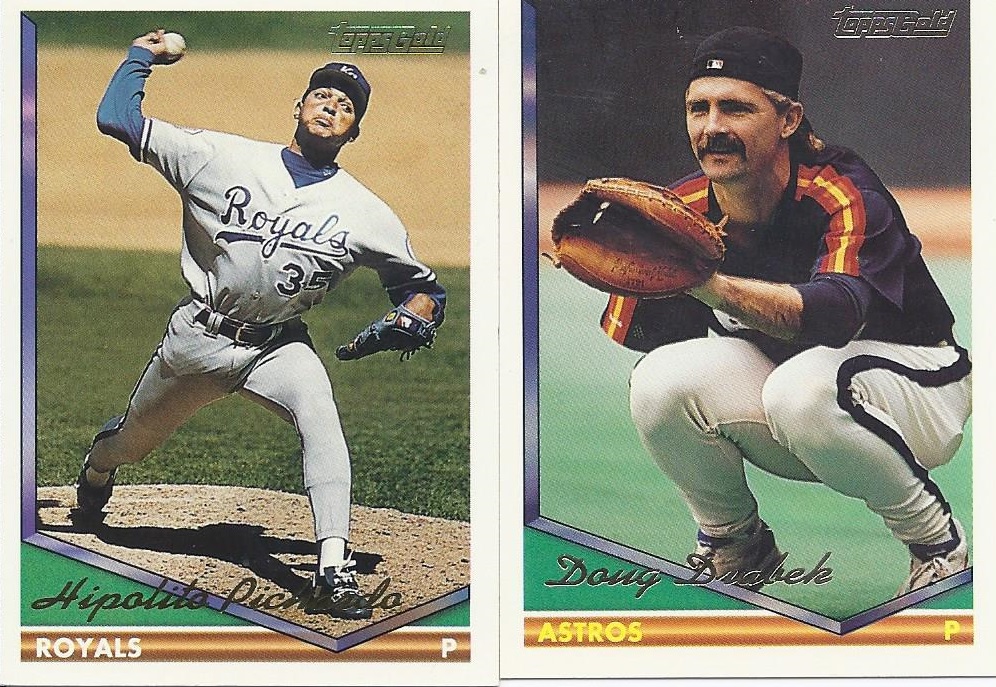 I definitely didn't expect to find any parallels in the pack, let alone two side-by-side. The silliness of the Drabek makes it another keeper. 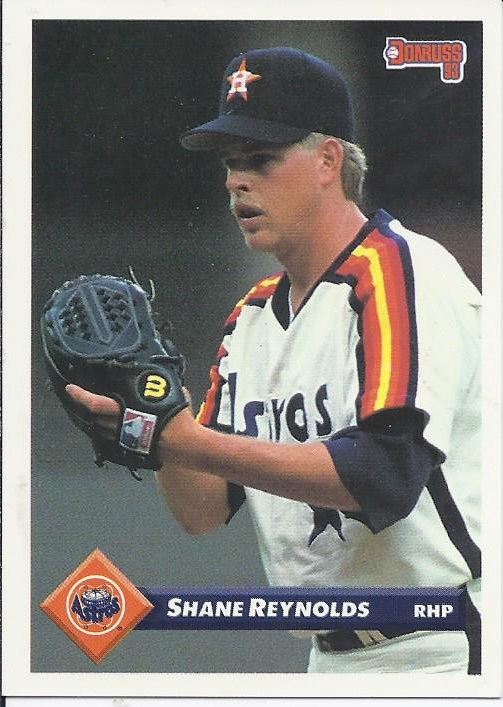 A player in his mid 20s according to the card back, but the facial hair makes him look like the pitching coach as opposed to a pitcher. I'm guessing he got carded approximately never. 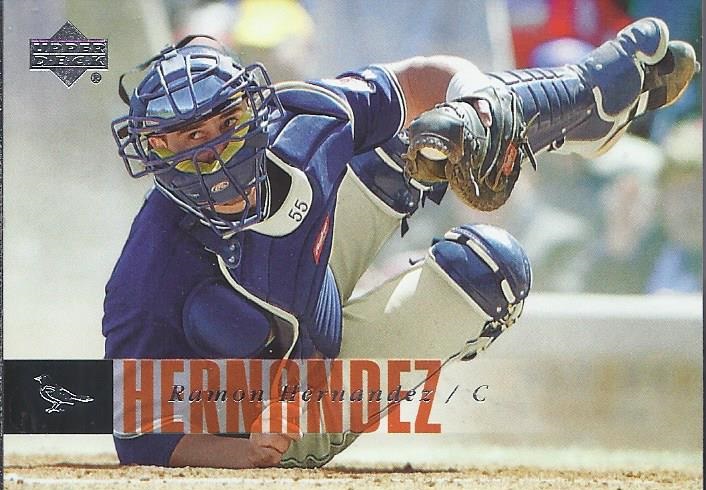 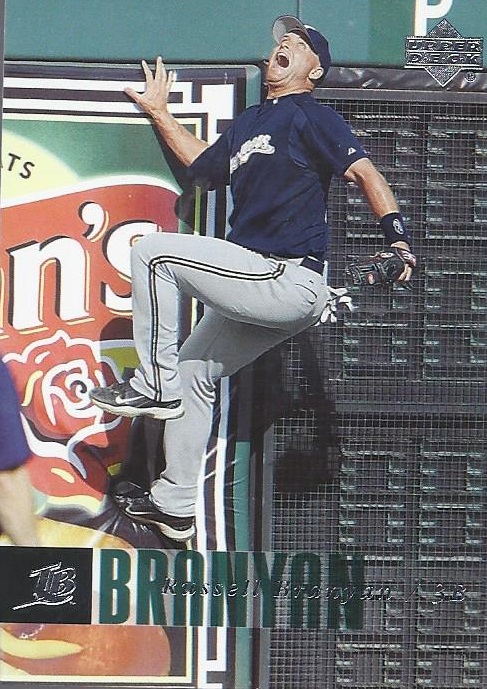 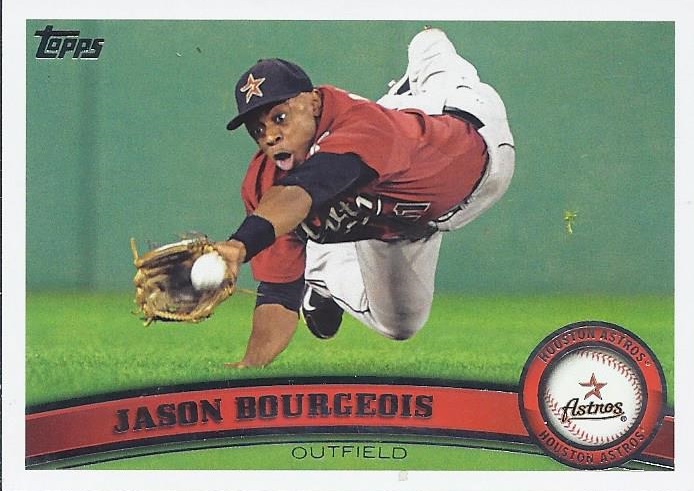 Grouped together within 5 card of each other were three absolutely beautiful photos. The Branyan one has it looking like he's going to climb the wall and make the catch with his mouth, but my favourite is the Jason Bourgeois one. You'd flip the card over and see a lengthy list of a career minor leaguer, with only a handful of major league appearances until 2010. So, when 2011 Update rolls around, he finally gets his first Topps card in 10 years, and it is this marvelous picture. The eyes focusing in on the catch are the cherry on the sundae. 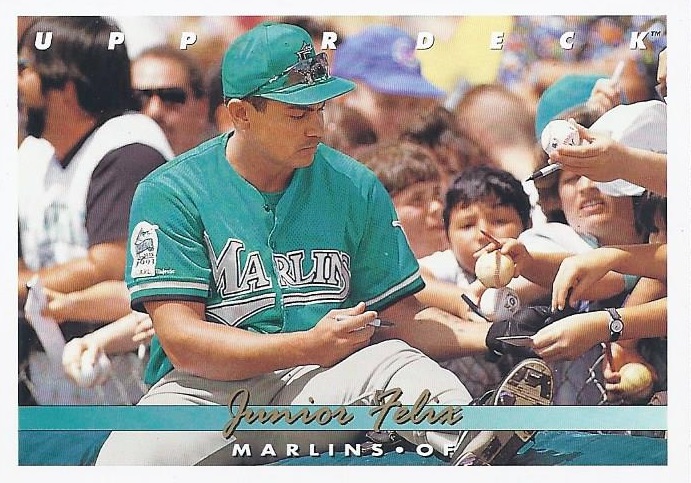 A nice casual autograph signing photo. Anybody have some CSI technology to determine if that was an Upper Deck card being handed towards him for a signature? 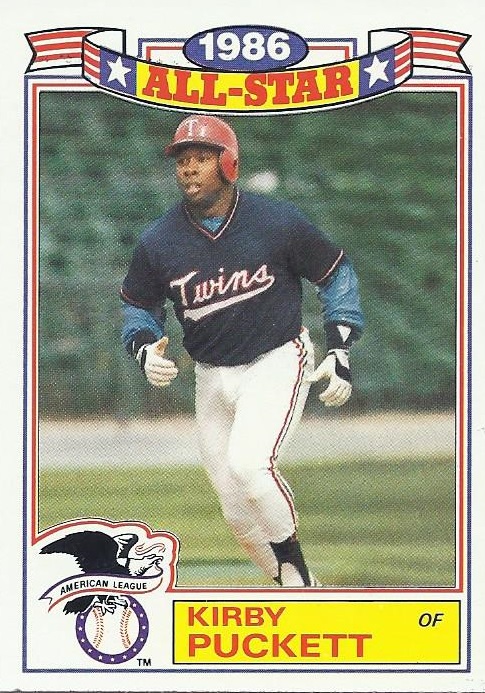 Did Kirby lose his jersey? That's the only excuse for why they'd release a card of a marquee player sporting what looks to be a beer league softball shirt. 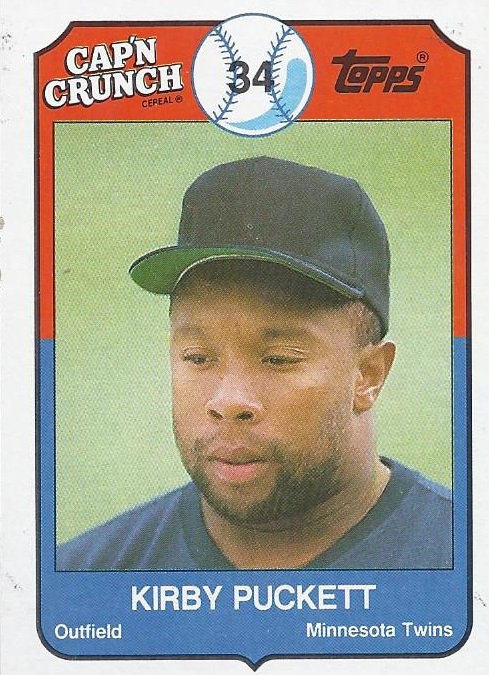 And one unflattering Puckett card deserves another. You don't notice the airbrushed cap when instead it appears that he is slowly falling asleep. These two have to be the worst two cards of his career. And I got both of them!

Halfway through, and I'm happy with the randomness of it all. About 20 off the cards are off to binders. Some of the others are into trade piles. And there's still 50 more to go through. But that's for tomorrow.


Posted by buckstorecards at 16:12