Back to the mailbag again, and yet more Mets cards from the recent (read: about two months old) mailer from Kerry @ Cards on Cards. I still have at least two more group posts to go (one Bowman/Stad. Club, one miscellaneous) before I finally wrap this up. Today, as the subject indicates, it is the day(s) of Allen & Ginter. 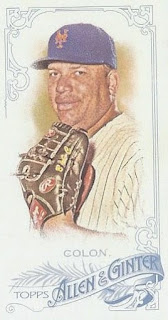 All the cards were from 2015 through 2017, which was good because aside from a few random packs, I didn't acquire much of the stuff from those years. This was the only mini in the entire package. 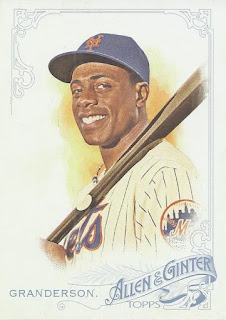 I guess I'm doing this chronologically. as this was the only base card out of 2015. 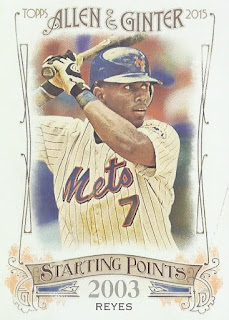 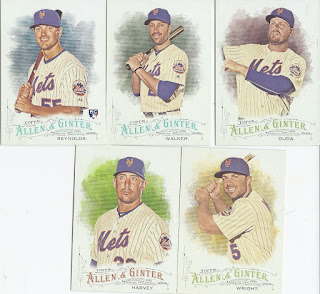 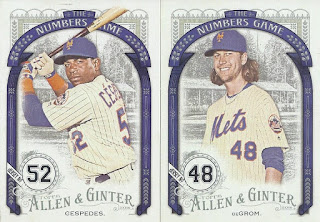 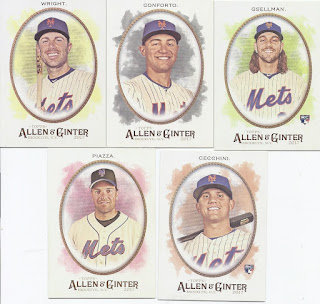 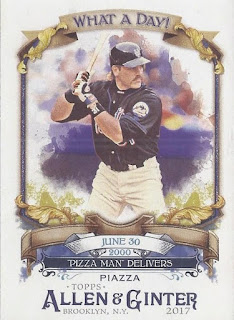 So, I'm not at my most verbose today. I might have more codeine in my system than blood, so I just took advantage of the fact that all these were pre-scanned. Maybe tomorrow will be better.
Posted by buckstorecards at 10:24