After plowing through the Jim Kelly portion of my COMC to-be-posted box, it's now time the rest of the football cards show up. 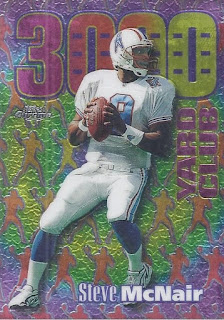 I'm starting with single cards, and the only player who didn't have a hit or numbered card as part of the collection. But, this is still a nice, although very 90s insert out of 1999 Topps Chrome. 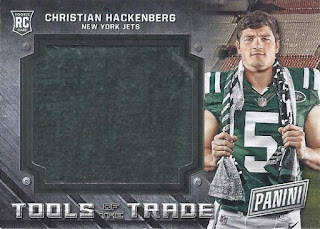 The Hack Attack! I don't think I could have even guessed that he was now with the Bengals. 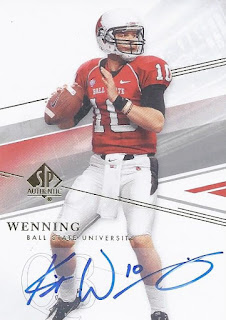 Keith does appear to be out of the league at this point, but it is a nice on-card autograph, and this is my first hit of his as a member of the Ball State Cardinals. 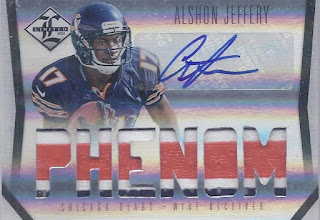 This is easily the best of the one-card-only player additions, with my second Alshon Jeffery autograph joining the collection. The shoulder stripes on Bears uniforms make for some great looking patch cards. 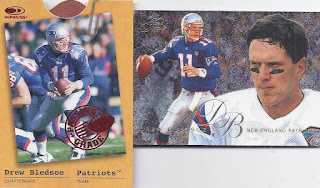 Drew Bledsoe makes an appearance on 2 cards, with the latter being numbered out of 3000. 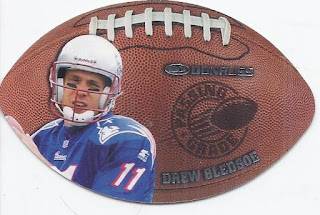 The Passing Grade card even has a football die-cut pull-out in it. This still only counts as a single card though. 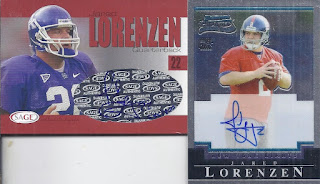 These are much easier to count up. 2 cards, both containing autographs! Surprisingly, these are my first Hefty Lefty autographs in the collection. 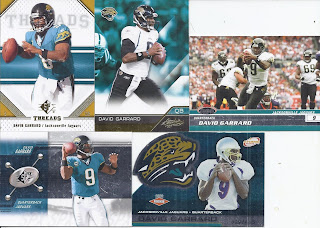 And the big non-Jim Kelly winner in this group of COMC additions is David Garrard with 5 new cards. Only the die-cut Pacific Atomic card in the lower right of the post is numbered. It is probably my fave of the five too, simply for the background logo.

There you have it! Although I still have some baseball and hockey to get to, I'm really happy to knock out this large portion of cards from the "I'll post it sometime" collection.
Posted by buckstorecards at 12:10