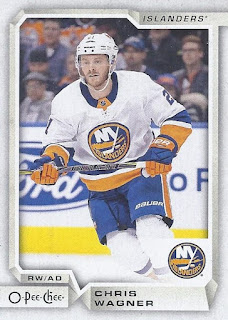 Obviously, I'm not showing all the base cards in the box. But I'll still show off a few. Such as the OPC-debut card for Chris Wagner. 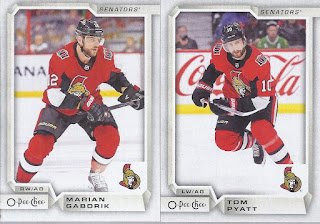 And here's a couple Senators cards, with the bonus being that both are honoured members of the 2/14 club. I'll be on the look out for dupes (and I didn't have to look hard) for the set build, as these are for #175 and #18 Gaborik and Pyatt respectively. 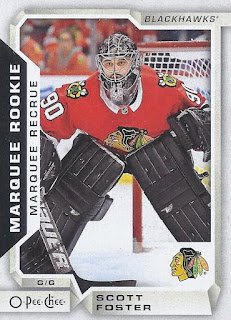 SPs are in 2/3 of the packs, so I still got the 16 per box like last year. Easily my favourite this time around is this Scott Foster. The one-game-wonder emergency goalie got a card in this year's release. It looks just like any other rookie card in the set, which really makes it more special than just some random insert.

Other SPs include League Leaders, Highlights and Team Checklists. I like the simplicity of the fronts of the checklists - just perfect for a team collector. 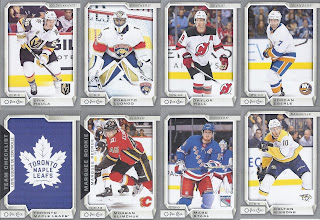 Shiny parallels are gone, replaced with simple silver-bordered ones. I really prefer this to the rainbows, which should really be exclusive to Platinum. The Taylor Hall was actually in yesterday's single pack, but I was just too lazy to scan it. 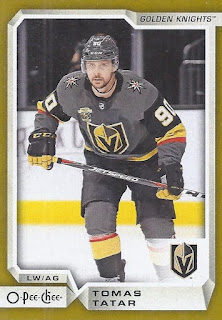 The gold parallels are box hits. They've got a glossier look in-hand, but really don't approach rainbow level in the slightest. 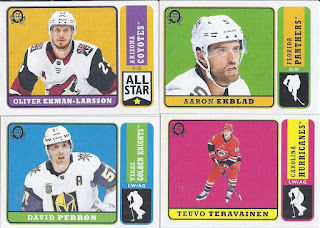 Retro base parallels. There's the 4 colour schemes used throughout.

HA slightly different design for the SP'd rookies portion of the set. I love the large, classic OPC logo on the front of the team checklists.

Black parallels numbered to /100 seem to fall at a rate of 3 per box. Which means there should be 30 something of the golds. There's a pretty nice one here for my Rangers alum PC with that Jeff Skinner. 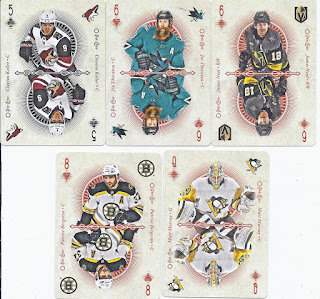 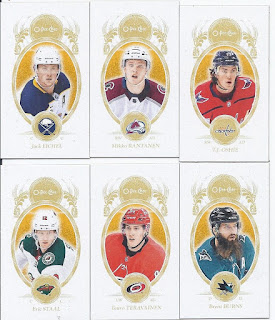 As do the minis! They're far more Ginter-y than they were last season.

And the big boy: 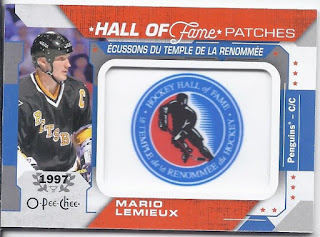 I had never pulled a patch from an OPC pack until this one. That makes this pretty nice. But, this is also a short printed patch. By SP I mean really SP. This patch, along with a Patrick Roy from this subset, drops at a rate of 1 every 18950 packs. That's about 1 every 800 boxes. BOOM! That should pay for this trip to the LCS. I took a look at ebay this morning, and the only one there was listed at $300 US.

And there's still more to come tomorrow, with some more rare pulls! À demain!
Posted by buckstorecards at 09:33