What awaits me in the second box? 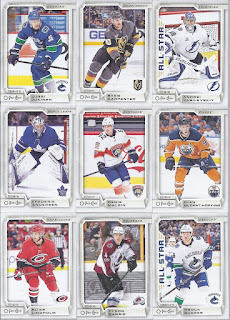 Up first, nine base cards. Why these nine? These were the only non-SP'd base cards from this box that were not dupes from the first box. Now that is ghastly collation. But at least the team collectors on my trade list will appreciate it. 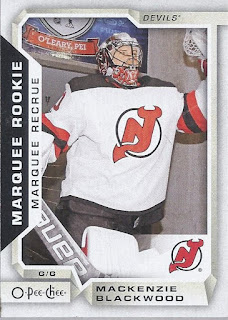 At least the SPs weren't dupes. I really like this card since you can see the banner behind Blackwood and trace the card to a specific game, namely the 2017 Kraft Hockeyville pre-season game in O'Leary, Prince Edward Island. Blackwood didn't see the ice in the game, as the Devils crushed the Senators 8-1. 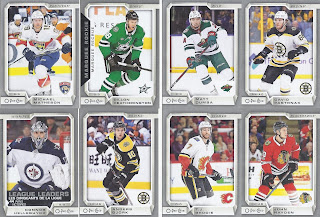 The Silver parallels. The big one for me is the John Hayden, being the 3rd new 2/14 card from these boxes. 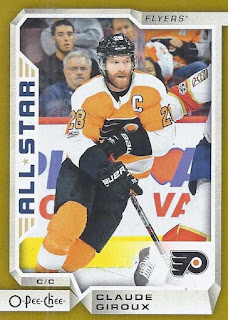 A pretty good player for the 1-per-box gold parallel. 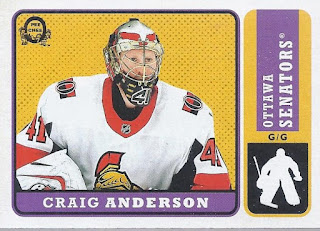 It took this box for me to land my first regular Senators retro card. 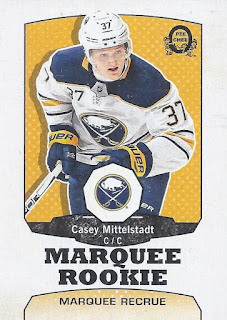 I didn't land the regular rookie card of one of the more hyped players going into the season, but I did get his retro parallel. I like the design of the black portion where the player's name is, since it kinda gives a vibe of gum being in the pack. 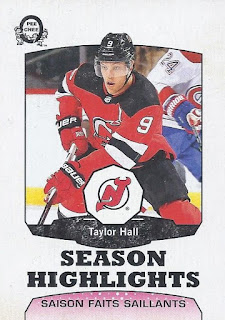 For those that just had to see what the Season Highlights cards look like in retro for, you get your wish! 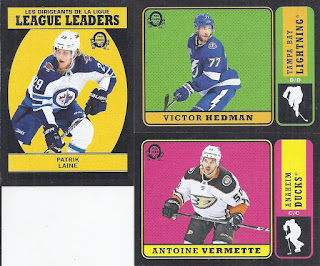 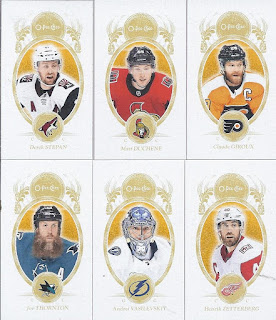 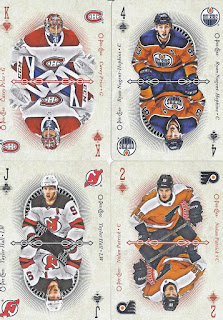 And your playing cards. Carey Price might be the product's cover boy, but he still only makes King status in the deck. 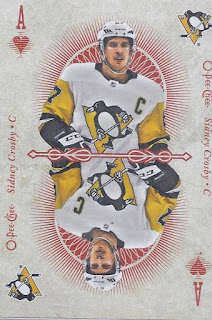 But here's an Ace for you! Aces are slightly SPd when it comes to the other playing cards. On the whole, they're 1:120 packs, while the 2-K group are 1:5. 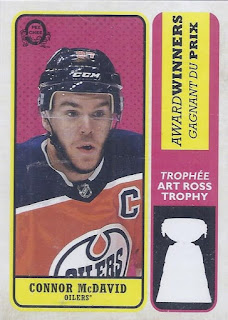 Another rare pull? These retro award winners are one-per-case, if they're at the same rate as previous years. Because of the nature of this set, you're pretty much guaranteed a big name for the card as well. 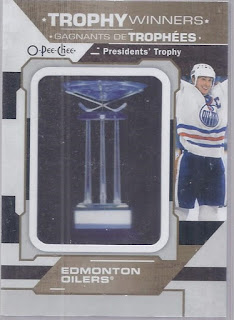 After only pulling one manufactured patch in previous seasons, I get two this year. While these aren't as rare as the Mario from yesterday, they're still about one every four boxes.

So, despite all the base dupes, there was still a lot of good stuff in this box. I guess I'll have to get my hands on some retail to work on the base set. Repacks up next!

Posted by buckstorecards at 09:32