The case of Rookie Anthology will start next post, but I have to wrap up this trip through repacks with a pair of Dollarama Surprise Bags. 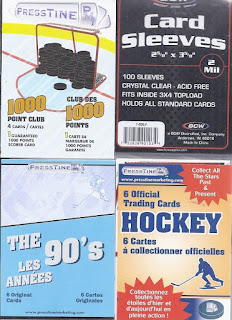 We're starting off with this foursome. I'm pretty happy to get my hands on those sleeves, TBH. I'd just done a 200+ card submission to COMC, so was just about out. As for the rest... 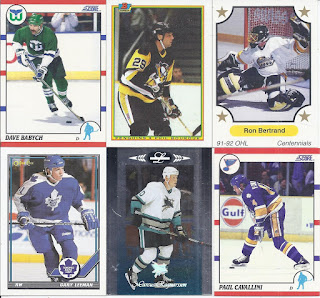 Yup. These are definitely six cards from the 90s. I'm not really surprised by 5/6 of the sets seen here, but I guess some random Limited is unexpected. 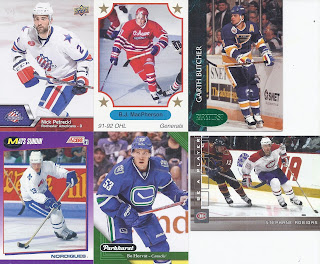 And these are definitely six random cards. We're right up to the most recent season of releases with the Parkhurst of Horvat. There's an emerald parallel there for Garth Butcher, but the big winner here is an AHL card. That's something that rarely makes repack appearances. 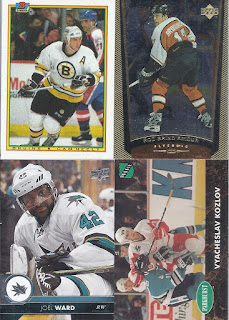 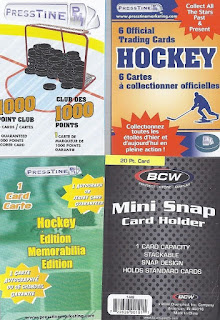 Not as much card content in the second repack, but at least I'll land a hit! 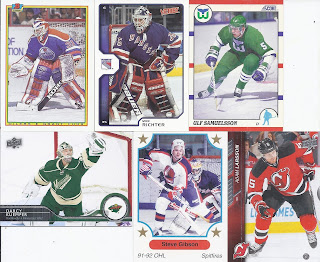 Among the miscellaneous cards this time, the clear winner is the Richter, with a nice close crop giving a great look at his classic mask. 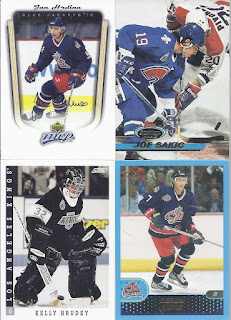 The 1000 pt guy in this foursome is a little easier to spot. 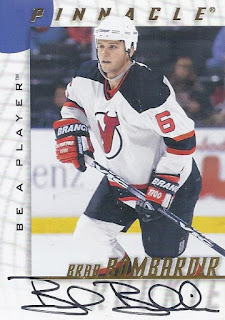 The memorabilia edition card isn't a relic but an autograph. I have no memories of Brad Bombardir except that he had a cool name. Sometimes, that's all the matters when determining a card is a keeper!

There you have it. The case awaits!
Posted by buckstorecards at 07:13