The repack wraps up with these 8 packs: 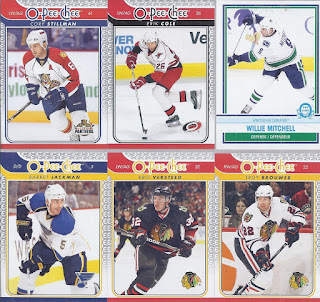 I guess I'll start with the O-Pee-Chee. Here's one pack. 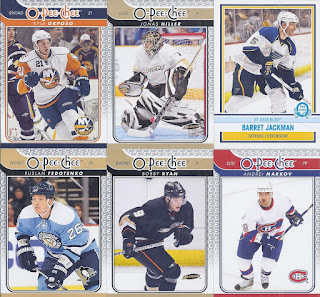 And the other one. Looks like I'm now a Barret Jackman super-collector as one pack had the regular base card, and the other had the retro parallel. 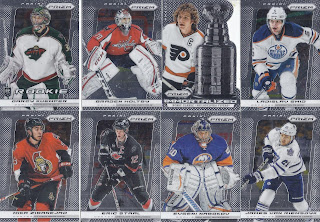 The Prizm packs got my second Senators card of the repack, along with some mask binder cards, but the big winner is that Bobby Clarke card. Die-cut, and featuring the Stanley Cup? Great! The only way that would be better is if the photo was of his famous toothless grin. 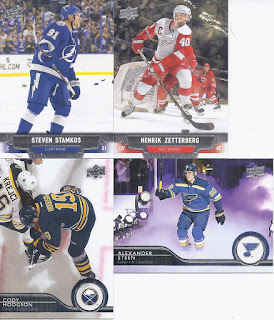 I'm just grouping all the UD packs together, and opening with the interesting photos from the packs. The Cody Hodgson is the winner here, with an angle not seen much on hockey cards. 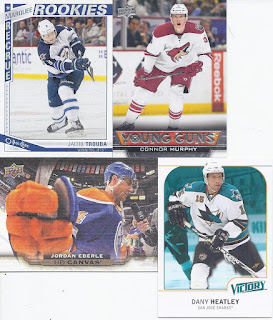 And the inserts from the packs. While it isn't on par with the Auston Matthews I grabbed in a repack earlier this year, Murphy is still in the league, and that's good for a repack. There's a Trouba for a TMM pack, and the second glove close-up out of 15-16 UD as well, joining the base card of Eric Nystrom from the same release.

And there you have it.
Posted by buckstorecards at 08:07