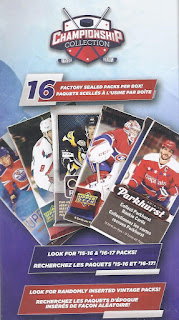 Up first, the list of packs. They're all the retail versions, where applicable.

After 8 12-13 Score packs in the last one, it is nice to have some variety in the Score packs this time around. I'll start off with those this time, and then wrap it up with the Artifacts. 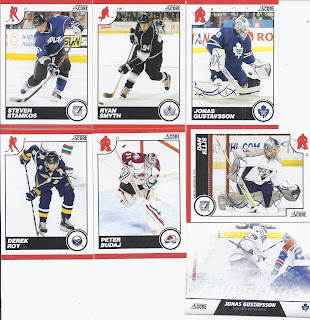 The earliest Score packs were the best of the lot. Alternate jerseys! Mask binder cards! A Rangers alum! And a die-cut. How did I not know that those Snow Globe cards were a thing? The one-per-pack glossy parallels were the Smyth and Ellis. 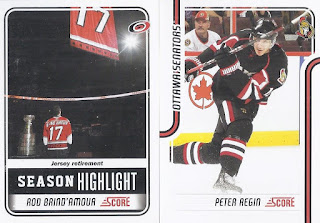 The single pack of 11-12 wasn't too bad either. It landed me the only Senators card from this portion of the packs, along with a perfectly framed Season Highlight card. Stanley and a retired number on its way to the rafters on the same image? Beautiful!

Unlike last time which resulted in an autograph, there wasn't too much to note in the 12-13s. Just these gold parallels. 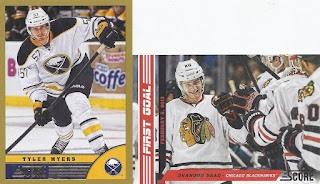 But I did get a First Goal card to accompany the gold parallel in the 13-14 Score pack. There's an insert set that UD should rip off the idea of for one of their lower end releases. 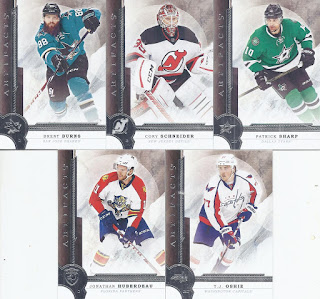 And just the expected base cards out of the Artifacts pack.

But there's the highlights from the 8 packs. 8 more next time!

Posted by buckstorecards at 09:58