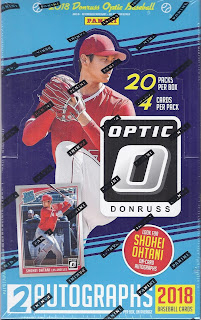 I really busted this about 4 weeks back, and I've been sitting on these scans, too lazy to post. Let's get this done. The box is a lie, by the way, as I got one of the hot boxes containing 5 autographs. 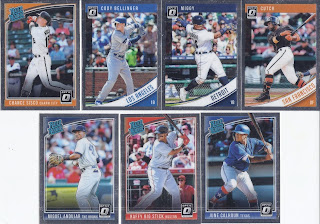 But before I get to those, here's the not exactly SPd variations from the box. While it isn't necessary for MLB-level cards, I really wish Panini would use 'Bronx' and 'Queens' more often on their prospect releases. Bellinger was a photo variant.

I'm not scanning the unnumbered Prizm paralllels, but these were my numbered cards. Bellinger was /299, Harper was an ebay 1/1 ish 1/149, and Cano was the lowest numbered of the bunch, coming in at /25. 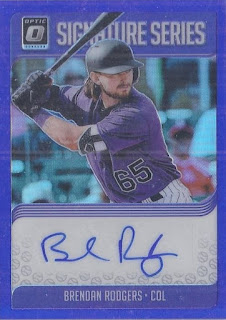 The only sticker autograph of the 5 was the lowest numbered of the group, being another /25 card. This one will be on its way to Condition Sensitive by months end, since a Sacramento Kings redemption I'm waiting on showed up on the most recent Panini list. 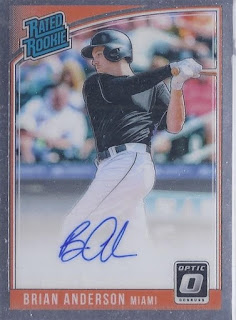 Brian Anderson is a mainstay of Panini releases this year. He's putting up respectable rookie numbers, but is doing so in Marlins anonymity. 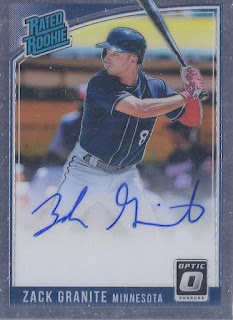 Granite has spent this season in the minors. It's still a hit, so no complaints from me. 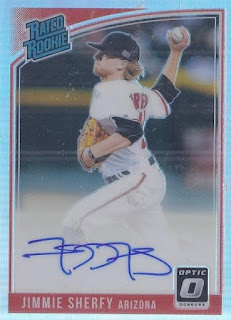 While this is a shiny Prizm auto, it is unnumbered. Sherfy definitely has the most hieroglyphic autograph of this bunch. 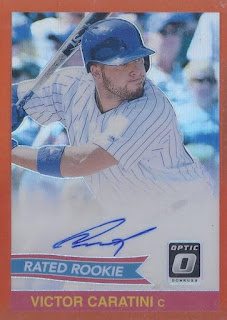 The on-card autos end with the second numbered one of the box, this one being /75. I really with they'd kept the 1984 motif throughout the set, but they're still nice in these small doses.

There you have it!
Posted by buckstorecards at 10:19