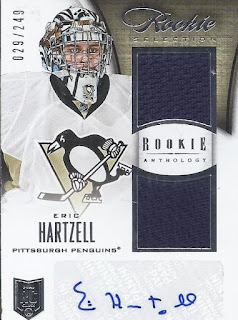 The extent of his NHL career was a spot as a back-up where he never saw the ice during the game(s), but that's enough to warrant a card. I've got a dupe of this one, and since that one has a light blue alternate jersey swatch as one of the two, that's the keeper. 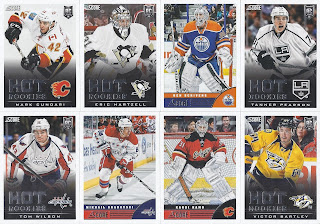 Hartzell makes a second appearance in this post with a Score Update card. This is the third straight box where I've landed the Grabovski base card. 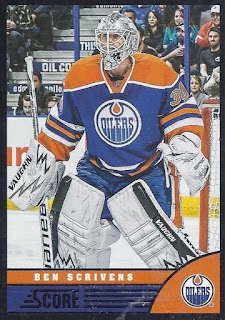 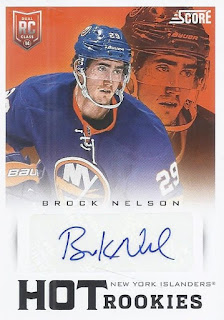 But it is back to dupes here with my second Brock Nelson Hot Rookies auto. I landed one of these in the previous box. At least he's still in the league.

The Prizm update gave a couple good rookies, and the Olli Maatta wasn't even a dupe! 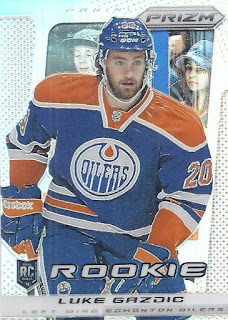 The box provided its expected shininess with this Gazdic. 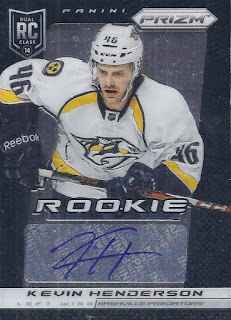 This was, but since Henderson was a Kitchener Rangers alum, it will fit nicely into that mini-collection. 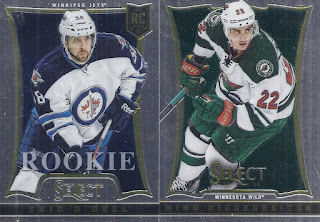 These were the Select Update. 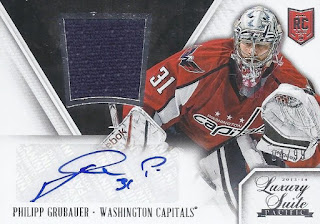 Grubauer was the backup goalie on the Capitals' way to the Stanley Cup last season, and was moved to the Avs in the offseason. 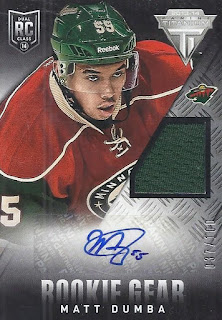 Yet another auto/relic to end it, and this is easily the best of the 3. Dumba has become a solid defender with the Wild, and re-upped with the team on a 5-year deal in the off-season.

A rough start to the box, but definitely a solid finish. There you have it!
Posted by buckstorecards at 09:24