It wasn't just Amed Rosario that filled the envelope of Chronicles break Mets. There's a lot more to show off. 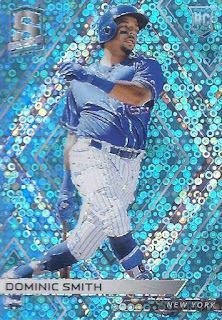 Dominic Smith was the runner up in terms of volume. No hits of his. but this shiny Spectra entry was tied for the lowest numbered card of the bunch at /99. 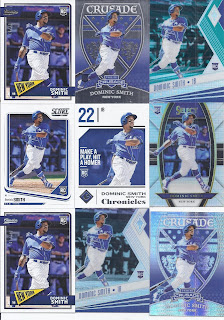 Smith had nice variety of designs and shininess, despite the lack of photo variety. The base card is in the middle, with additional numbered cards in the corner. Both the ones in the right corners are /299. 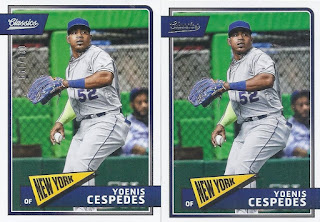 Yoenis makes an appearance on these two cards from Classics. The numbered one's foil is slightly brighter than the unnumbered one. Any excuse for a parallel! 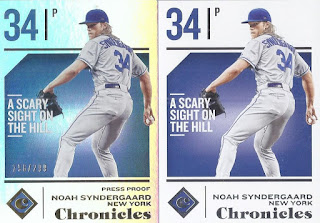 At least it is easy to tell the difference between the base card and its parallel with the Syndergaard. 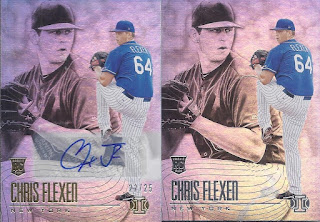 And even easier on these Illusions cards of ChrisFlexen, as one has both a numbering and an autograph attached to it. 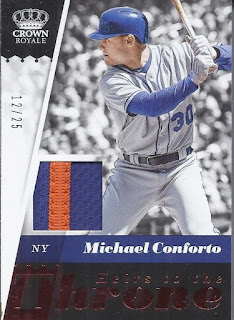 After all these, finally a new set makes an appearance. This is the only Crown Royale card I got, and that's a nice little patch of orange. Conforto hasn't really been much of an heir to the throne this season, but maybe he'll rebound in the odd-numbered year to come. 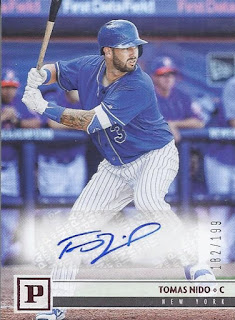 And finally, the design from this year's Panini football makes its appearance on the 6th hit overall that the Mets brought me.

And there you have it! I'll probably return to the case of RA for at least one day worth in the next post.
Posted by buckstorecards at 09:48