I've got another case of Rookie Anthology 13-14 to post, but I've had a few repacks waiting their turn for longer. I'll start working my way through that next week, but for the next few posts, I'll go repack crazy. 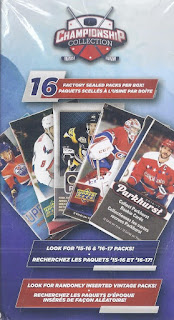 And those 16 packs are comprised of:

At least this will be pretty easy to split into groups to post half of each day. I'm not overly creative today, so I'll just start with the 8 Score. 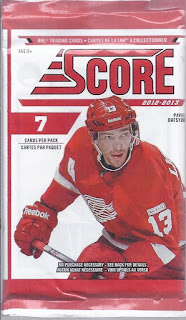 I won't focus too much on the regular base cards, but still thought this one was worth noting: 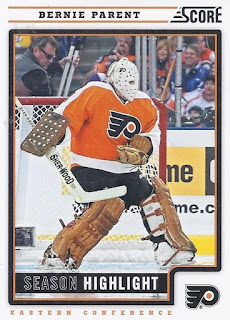 A Bernie Parent base card in a 2012 low-end set is always worth showing off. 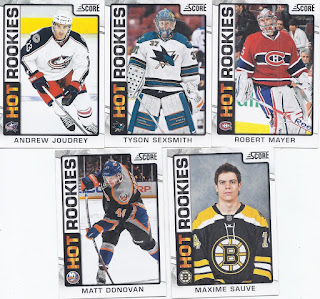 The Hot Rookies weren't overly hot. Of this fivesome, only Matt Donovan made appearances in more than 1 NHL game. 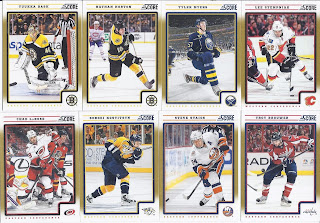 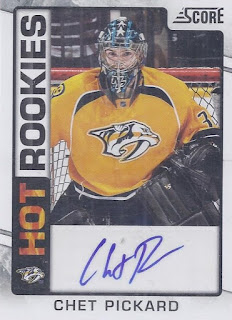 And an auto from one of the packs! I busted a lot of this stuff building the set back in the day, and never landed an auto from any of the packs. Chet's NHL experience was nothing more than time on the Preds bench, but the long odds at pulling an autograph from this makes it a really interesting pull. I don't even think they were guaranteed one per hobby box.

So allow me a second or two to savour this auto before I post the other 8 packs tomorrow.
Posted by buckstorecards at 08:46