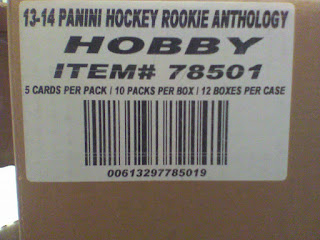 Let's get this started!

I'm not going to do twelve straight posts of this, but will mix things up with recent maildays, COMC stuff and retail breaks. That's about all the preamble needed - time to start. 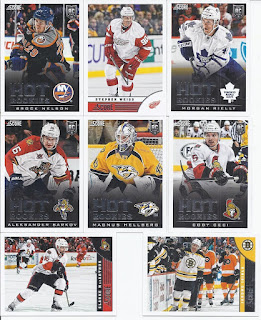 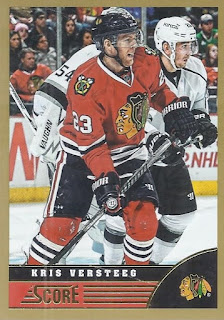 The gold parallel, which is a dupe. My plan for this was to send all the dupes off to my COMC account, and keep all the other inserts. There will be one exception to the 'keep' promise. That will be shown later. 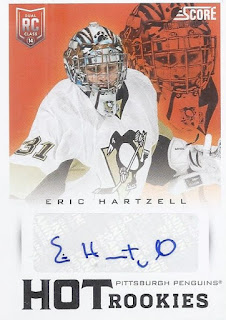 The Score autograph was this hieroglyphic display from Eric Hartzell. The extent of his NHL appearance was on the bench, but it is still a nice mask binder card.

Prizms! All three of these were dupes, but a Seth Jones dupe isn't a bad one to get. 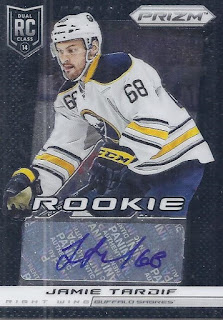 Prizm also landed me an autograph. Tardif was a career minor leaguer who reached the bigs for a pair of games with the Bruins. He only played for Buffalo's AHL affiliate in Rochester, which sorta makes this a zero-year (tm: Nick @ Dime Boxes) card. 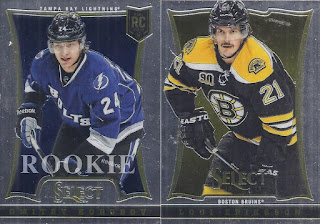 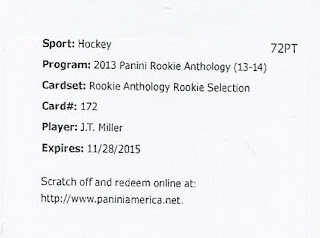 My Rookie Selection base card is a redemption. I also pulled this redemption last case. It never came through, so it turned into a Daniel Alfredsson auto/relic numbered to 25. So at least some good might come from this. 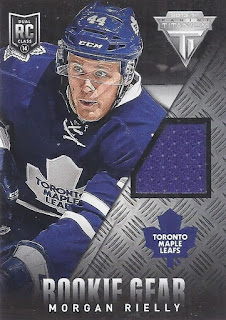 The Rookie Gear relic was at least of a decent player. 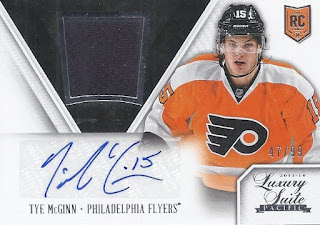 Luxury Suite nets another auto with a swatch attached. Tye has bounced around, spending all of the past few seasons in the AHL.

So, on the surface, this was a really rough start to the case. But there's one more card to show off. 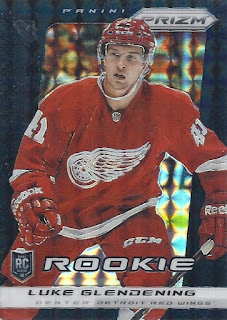 Well, that's pretty shiny and patterny. It is a Michigan Wolverines alum, so this one will be in the mail to Dennis @ Too Many Verlanders. That's a nice dual PC hit for him, being a Wing and a Wolverine and... 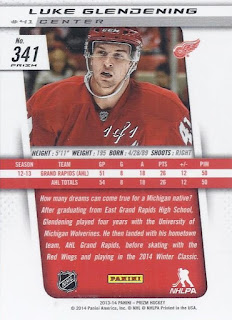 That's quite the way to save the box!
Posted by buckstorecards at 05:56