I was hoping to grab a blaster or some fat packs of O-Pee-Chee on my recent Wal-mart trip for the set build, but that was not to be as it had yet to hit the shelves. So, I settled for this: 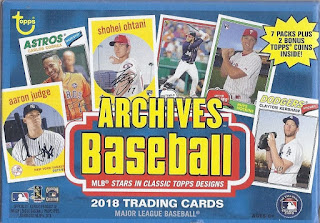 I probably would have opted for my usual repack to scratch the itch, but I was surprised to see this on the shelves. 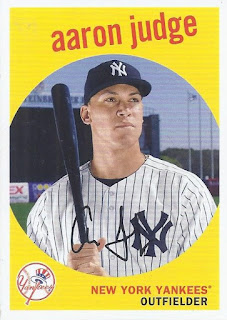 But the first card out was a Yankees card. I'm not sure that will bode well. 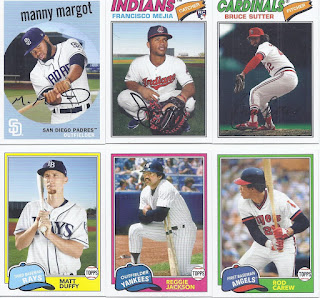 Here's the remainder of the base cards in the first pack. At least the Tampa card answers the question of what the design would look like if the Rays existed in 1981. 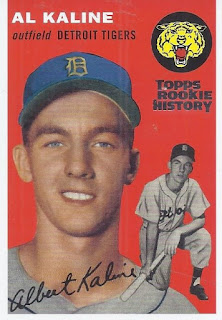 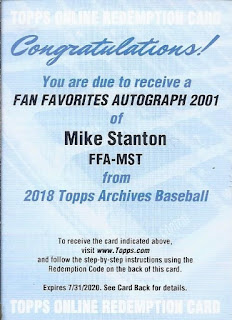 Pack #2 brings a hit. Eventually. I guess he qualifies as a fan favorite for the confusion with the other Mike Stanton. He does seem to have a nice signature, so this should look nice when it shows up. 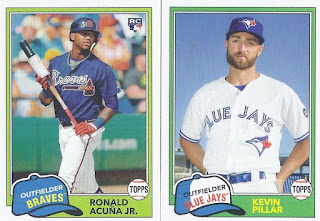 Pack 3 has my first Jays card of the blaster, and one of the better rookies. 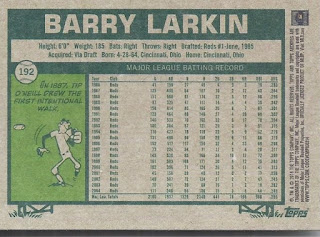 I might as well highlight the back of the Barry Larkin as well, as there's some Cancon in the cartoon. The Canadian Baseball player of the year award is named after Tip O'Neill (not the one American political types are thinking of). 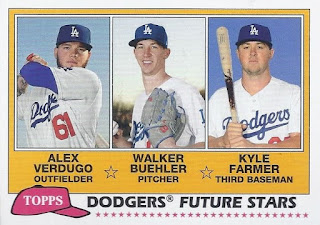 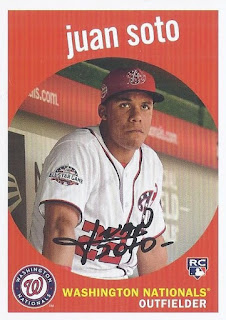 Another good rookie in the 5th pack. 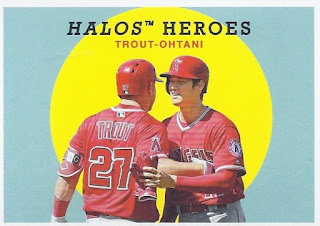 And half of another one. 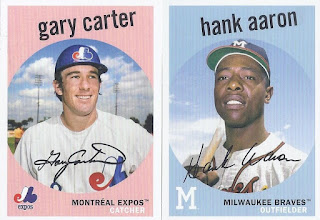 Gary Carter and Hank Aaron in the same pack? Nice. 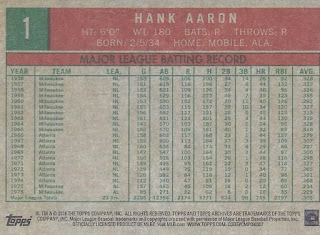 Hey! That Aaron is a Venezuelan back parallel! If you're going to land one of these, it's hard to do better than to have it be of Hammerin' Hank! 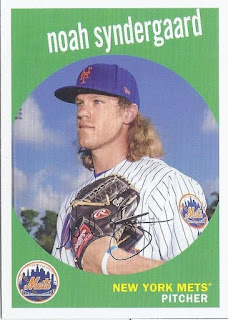 Finally. Mets content in the 7th and final pack. 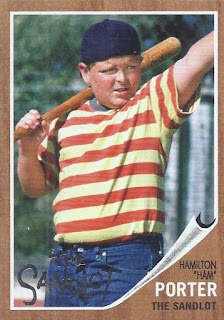 It also took until pack 7 to land a Sandlot card. 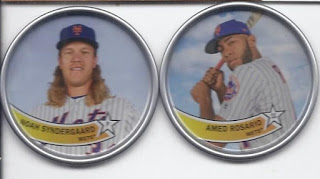 The coins portion of the pack redeemed the Mets with both of the coins being of Mets. Those were the only two on the checklist, so that's a perfect pack!

And there you have it! There will have to be some OPC next time, right?
Posted by buckstorecards at 06:31