After way too much time off, I'm returning to the envelope I received from Kerry @ Cards on Cards that was packed with Mets. I'm splitting this off into themed groups, and today, it will be minor league cards. 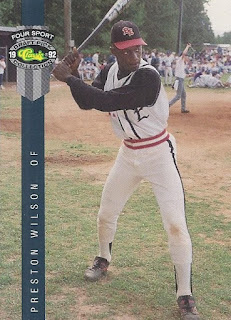 Forget minor leagues - this photo has to be from a high school game. But it really didn't fit into any other category except for a miscellaneous one at the end. So, it is here.

Now we're into the minors. Alan Zinter received cards in 1990 from Bowman and Score following his draft, but he didn't reach the majors until 2002. 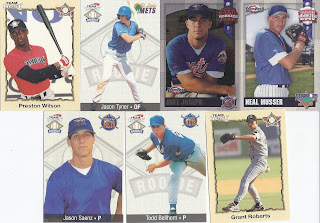 Even more minor league stuff. The Jake Joseph is a gold parallel. 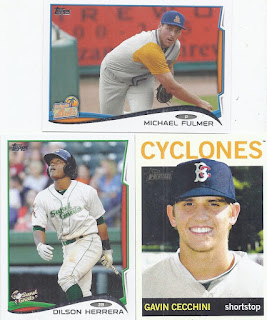 If you want some Topps stuff, you finally get your wish in this post. 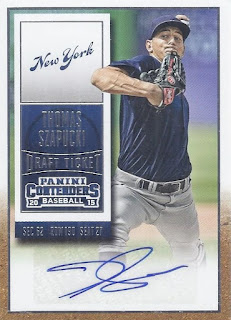 But only briefly, as this one will end with a card from Panini. Szapucki underwent Tommy John surgery in 2017, but  is still a solid Mets prospect. And there you have it!
Posted by buckstorecards at 06:51