Let's see what I got with a recent shopping spree using Panini Rewards Points. 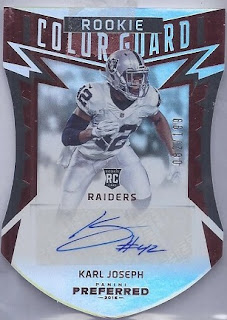 All but one of the cards I got were of the 50 point variety, so I did a little bit of shopping for my trade partners. Up first, for an envelope I sent to Bob Walk the Plank, here's a die-cut auto of a West Virginia alum. 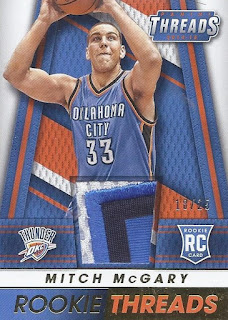 Since the last envelope I sent to Dennis @ Too Many Manninghams/Verlanders was very much a one-card envelope, I feel I should go for quantity next time. Here's the starter, a three colour patch of a Wolverines alum. 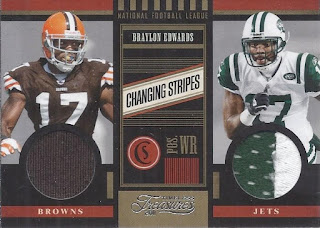 There's three colours here as well, just not all on the same swatch. 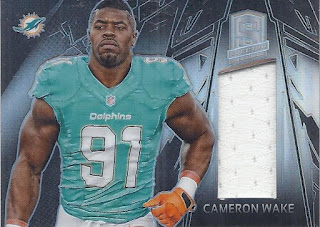 Now, some cards I got for myself. I was on a CFL kick while selecting cards, so I grabbed this one of the BC Lions alum. 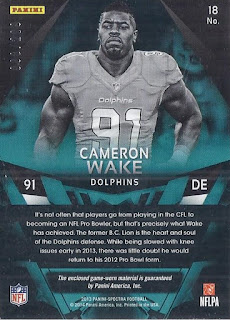 His CFL time even made the write-up on the back of the card. 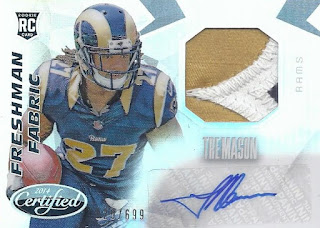 Going the other way, here's a player who has revived his career after some off field issues in the States. While he hasn't received the hype of another member of the 2014 rookie class and his CFL run, Mason has put forth a solid season so far with the Riders. 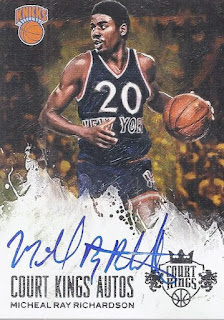 The on-card auto is nice, but I love those classic Knicks uniforms almost as much.

Everything up to now were 50 point cards. I went for one card only for the 600 point rewards card. And I'm pretty happy with it. 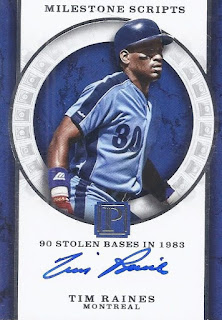 I'd been looking to add a Tim Raines auto to my collection for a bit, and figured now was as good a time as any to do so. No logos, but there still are the classic Expos blue uniforms. Even better, since this commemorates his 90 SBs, the photo does look to have him on the base paths ready to pick up one of those 90.

And that's 900 points worth of Panini!
Posted by buckstorecards at 09:41