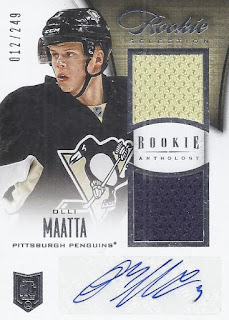 A respectable start with this Rookie Selection base card, even though Maatta's early season has seen him as a healthy scratch. 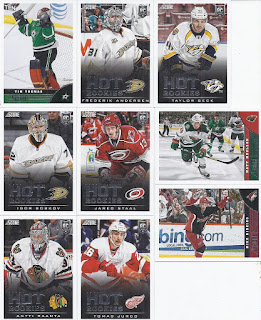 The Score base. There's two of the three Ducks goalies that got cards in this 100 card Update set. 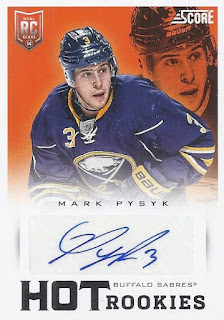 After a long run of Score Signatures, I land another Hot Rookies autograph. This is the first since going back-to-back with Brock Nelson autos in boxes 3 and 4. Mark is now with the Panthers. 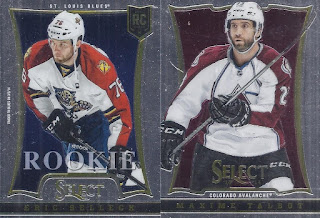 Select base. Nothing shiny yet. 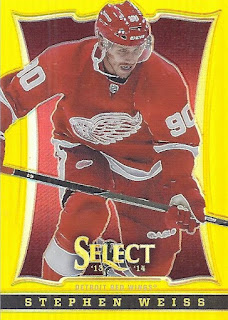 But this gold /10 certainly is. My lowest numbered cards in this box were both Red Wings. Collation! 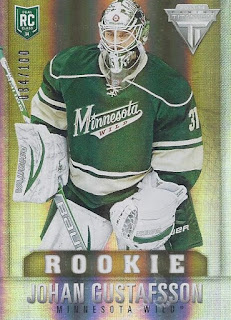 Here's another card type I hadn't pulled in a bit, a Titanium rookie Update. This is the draft position parallel, maxed out to /100. It would be /159 if it weren't. 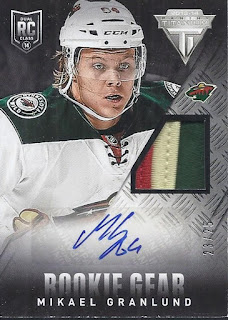 A Minnesota hot box! And another relevant player in auto/relic form. 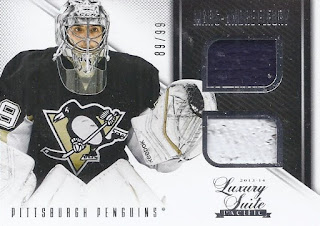 The Penguins also make their return appearance with a dual relic of Fleury. Jersey on the top, stick on the bottom. 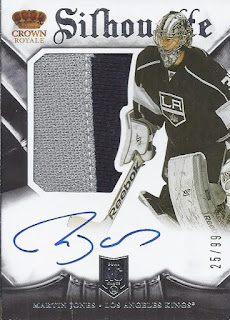 Finally, the big card in a very solid box, moved up to the top of the ladder because I am a huge fan of the Silhouette design. Throw in an on-card auto of yet another guy who is still in the league and a relevant name, and it is even better. Maybe the signature could be a little nicer in the penmanship department.

And there you have the last of the single digit boxes. 3 more to go!
Posted by buckstorecards at 09:21