Surprisingly, no Update at this point at the LCS, so that's going to have to wait until next week. You get these instead. Since they were cheaper, I got two packs of Hoops. 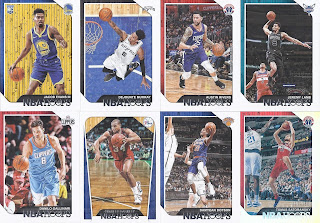 And I'll start with these. The photography choices seemed pretty generic last season, so there's a definite improvement this year. The last 20 cards numerically are a "Hoops Tribute" with a mix of legends and current stars, which is where the Barkley is from. At least it isn't 10 cards for Kobe this year, but I'm upset that Fred VanVleet didn't make an appearance. The Satoransky is a silver parallel /1999. 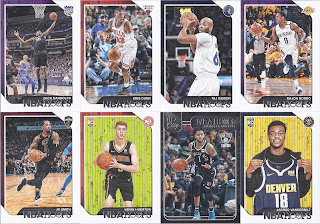 Pack #2. I think I prefer the 'pose with the jersey' photos over the rookie photo shoot ones. Or maybe it is just this pairing, where Huerter seems absolutely terrified.

Artifacts, as usual, contained 3 base cards to go along with a numbered card or a hit. After a very basic design last season, things are a little bit busier this year with the border and the background. 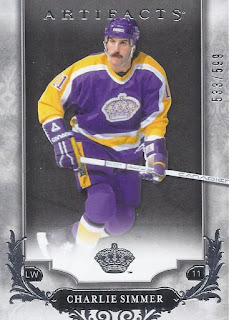 And the numbered card. Not a hit, but that's a classic uniform and its nice to see it on a card in 2018. 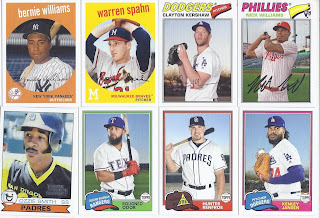 I've already busted a blaster of 2018 Archives, so I wasn't too anxious to bust a hobby pack, but I'll do one anyhow. All of the 1981s in this pack were dupes from that blaster. But, that classic 70's Ozzie Smith is always a nice reprint to come across.

And there you have it! Maybe some Update next week along with some Prizm football.
Posted by buckstorecards at 09:49