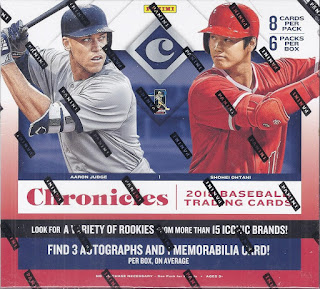 What was hiding in the other 3 packs? 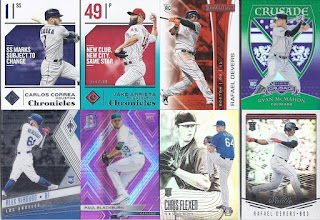 No hit in the pack, so it gives up the second Spectra card of the break. Both were the pink parallels /75. That's one of three numbered cards. Aside from the obvious Arrieta, the Ryan McMahon green parallel is /50. Devers doubles up for another dupe player pack in this box. 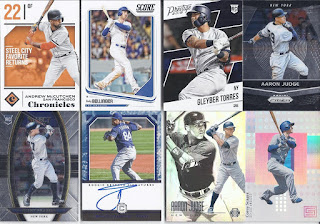 More double players in this one, but it is one of the product's cover boys. Cornerstones looks really nice with the on-card autograph, and that's a Quartz parallel. 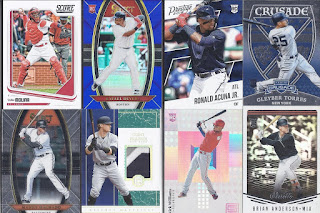 It is appropriate that this ends with a Brian Anderson, as he's been all over products this year. The final non-hit numbered parallel is the the blue Select of Devers, which is /150. Cornerstones makes another appearance with the final hit of the box. This patch is Marble parallel /10.

And that's a box of Chronicles. This is a really fun product, with nice looking hits to go with a lot of variety.
Posted by buckstorecards at 08:53