If At First You Do Succeed...

then it can't hurt to try again.

Two weeks ago, it looked like the Bills would get splattered on their trip into Minnesota. I made a Bills themed post that day, and they surprised everybody with a victory. Today, they face the Titans. While it doesn't look as bad on paper for Buffalo as the Vikes game, I still want to make an effort with another Bills post. 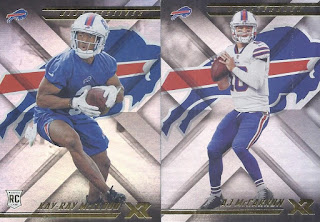 Here's the only two regular base cards I got. I love designs where the team logo is in the background. Since McCarron's only Bills appearances were in the pre-season, I guess that counts as a zero year card (tm. Nick @ Dime Boxes) 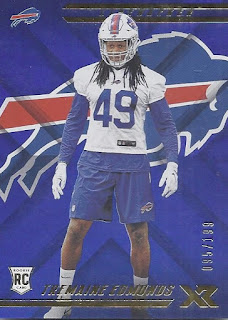 Here's the only base parallel that went my way. But it is a nice one with the blue background working nicely with the logo. I'm really excited for Edmunds, perhaps even moreso than Josh Allen. The Bills have a respectable history for 1st round draft pick out of Virginia Tech. 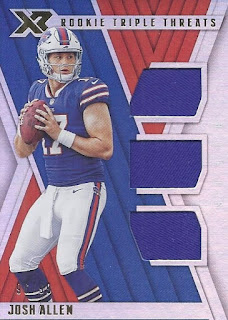 Speaking of Josh Allen, here's three of his relics. 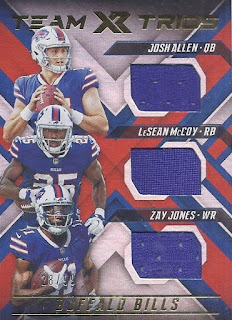 And here's another 3 relics, with Josh and two of his teammates. 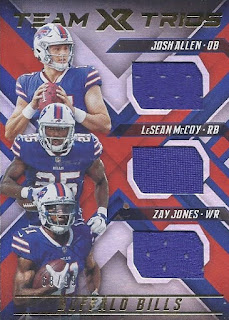 And there you go! Now if you'll excuse me, there's a card table with my name on it that I have to set on fire and jump through.
Posted by buckstorecards at 07:23