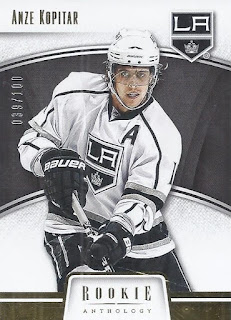 I get a gold base parallel in this one. This was only my second of the case, which seemed a little low on the whole. 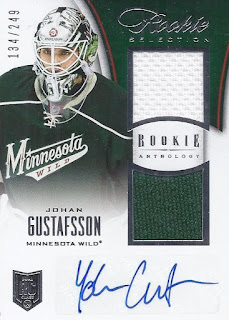 The Rookie Selection was a dupe of a previous pull. But I guess on the grading curve of penmanship, Johan is still close enough to the upper half based on a couple of legible letters. 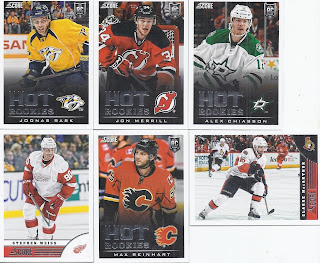 Strange collation in this box, as I got only 6 Score Update base cards. There's usually 8 or 9. 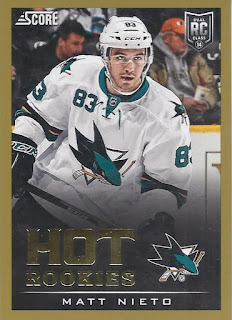 But at least I got a gold parallel in there. 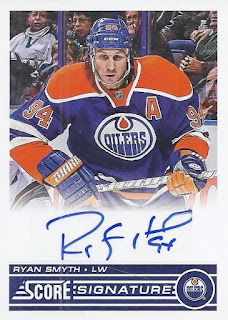 And a nice veteran autograph as the Score hit. There were a lot more Score Signatures hits in the box than the more common Hot Rookies Signatures. And there's another big name still to come.

With all the RA I've busted, how did I not have this Alfredsson already? I had the Prizm parallel, but not the regular base. 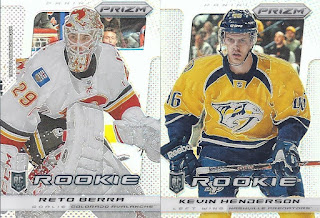 There's usually only one Prizm parallel per box, but I got these two. I guess that makes up for the fewer Score Update cards. 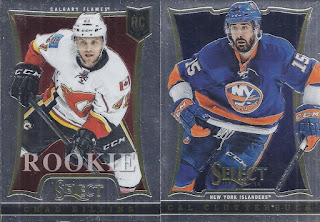 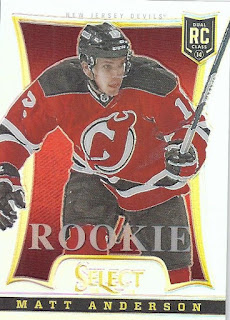 And the shiny one. Matt played two games during the half season in 12-13, and has been in Europe since then. 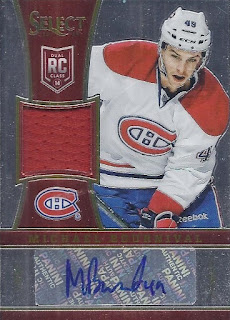 Much like with the Rookie Selections, these are technically base cards. 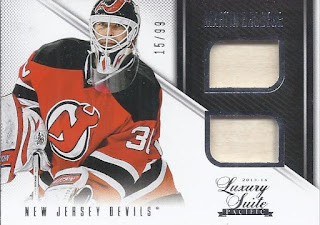 Ending on a nice relic of someone that's just a little over two weeks away from this HOF induction. These are usually a jersey swatch on top to go along with the stick piece, but I get two sliver of stick here instead. But I won't complain when they're from a legend.

And there you have it!
Posted by buckstorecards at 05:48