Returning to my COMC 'to be posted' box, and pulling out the hockey portion of this. All I've got left now is a whole bunch of miscellany after this post. 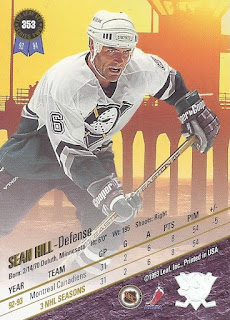 Starting with some 1993 Leaf is an easy decision. This is another instance of "how did I not have this card already?". 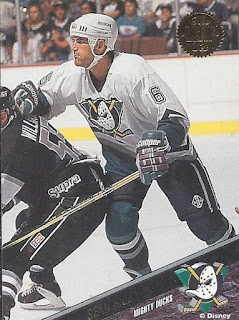 For completeness sake, here's the front of it. 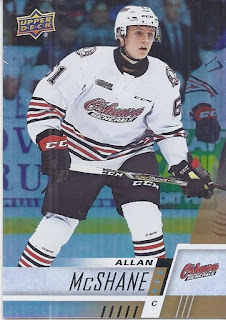 Epacks equal cheap options on COMC for their content. Here's Habs draft pick Allan McShane from last year's CHL release. He's back with the Generals at this point. 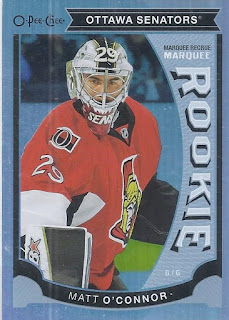 Matt O'Connor's one game of NHL experience was still enough for a card. I've got 9 more cards of him than he has games, and that's still a lot more than I've played. 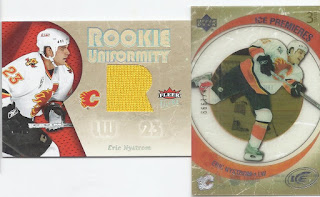 The return to cards with an origin in actual physical packs starts with this pair of Eric Nystrom cards. I was originally certain I had that relic card, but that was actually a different card with the 'R' window. 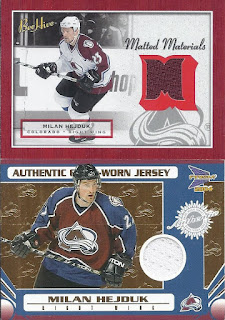 More swatches. Milan start to approach the 200 mark with his 190th card in the collection.

But Gaborik remains in striking range with 177 cards as these move into the collection. The City Lights card is /499, while the Limited is, well, limited to /99.

And there you have it!
Posted by buckstorecards at 07:28