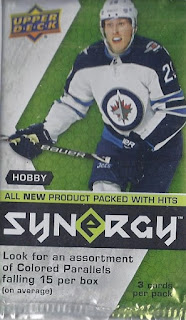 I'm going back a few months for this, but a pack of Synergy will start this off. This was a sorta hybrid between Ice and Prizm, with a mix of colour and acetate. 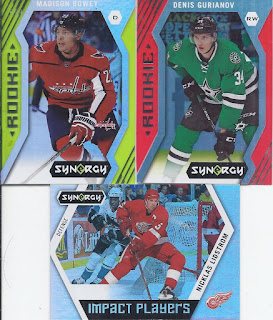 Red are the most common of the cards, with green parallels being 3rd on the list. The coloured portion are acetate. 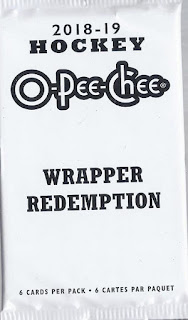 I'd busted so much OPC (I should have a wantlist posted by midweek), I had saved enough packs for a wrapper redemption. These consist of 6 red back parallels, one of which is a blank back. 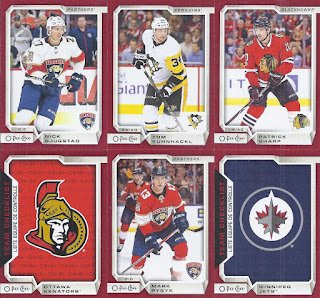 And these were the 5. In a 'so appropriate' moment, it was the Sens checklist that was the blank back parallel. Because why wouldn't it be? 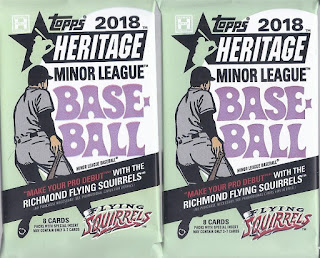 And, since they were cheap, here's two packs of Heritage Minor League! 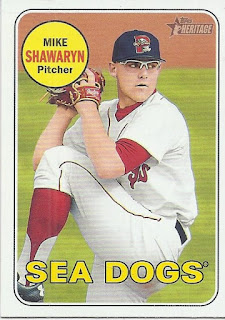 And here's the first card out of the pack. I was expecting a lot more posed shots, so starting with an in-game photo was unexpected. 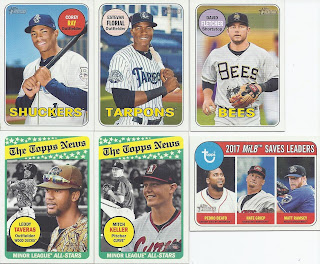 A little more of what was expected on the remainder of the cards. Going for hunter's camo on the Wood Ducks is a perfect choice. The Topps News cards are puzzle back cards as well, forming an image of Royce Lewis. 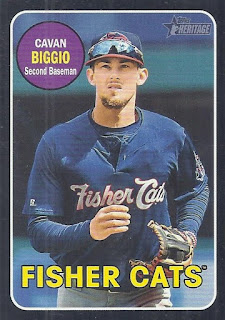 And a parallel as well in there! Even better than it is for the Jays. While Biggio is probably third on the list of Jays second generation prospects, I won't complain about this /50 card. 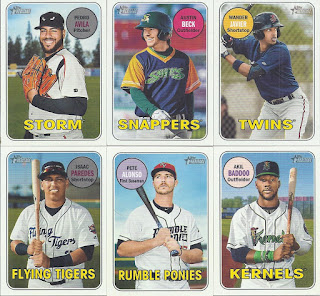 Pack 2 lead off with the Lake Elsinore Storm card, and if I were ever to shell out for a minor league cap, it probably would be a Storm one. And there's Mets slugging prospect Pete Alonso in the lower portion of the card. But only 6 cards. That means a hit! 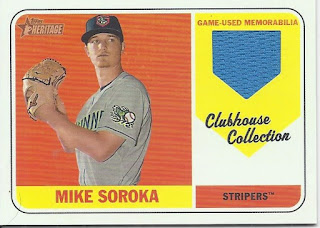 A one-colour relic, but Soroka's from Calgary, so that will fit nicely into my CanCon collection. I'm guessing this swatch comes from the World jerseys at the Future's game.

I know its just 2 packs, but I can totally see myself picking up a box or 2 of this.

And there you go!
Posted by buckstorecards at 08:00