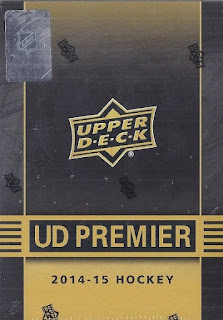 Sometimes, you gotta take advantage of a sale and try an older product. As long as I don't pull any... 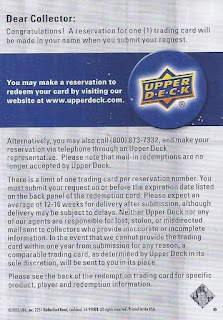 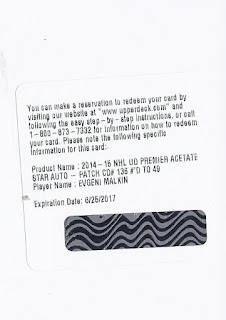 Let's see if the rest of the tin can make up for this. 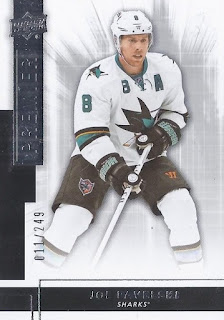 At least the non-hit base cards are nice enough looking. 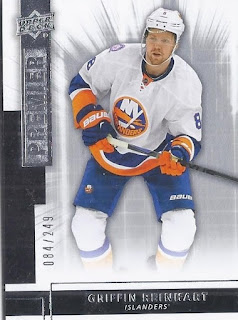 Here's the rookie base. He's still playing on this side of the Atlantic, but hasn't seen the NHL in several seasons. For a 4th overall pick, I think it is fairly safe to call him a bust at this point. 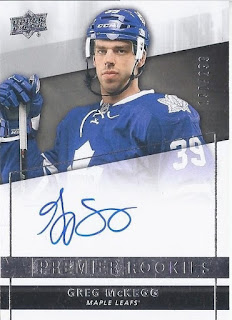 At least the solo auto has seen league time over the past few years, but hasn't caught on full-time in the league as he's been back and forth between the NHL and AHL. He's in the Hurricanes' system now. 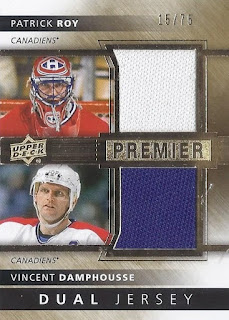 The relics take things up several notches, though. A nice HOF swatch to go alongside a Hall-of-Really Good swatch. 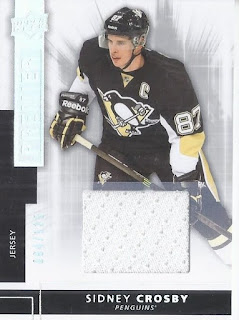 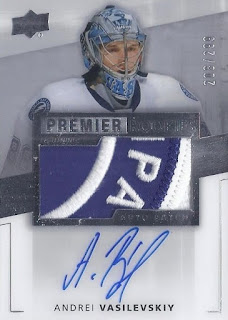 OK. This is a really nice consolation prize for the redemption. A relevant player to go along with a beautiful patch from the shoulder logo, which is actually visible in the photo as well. A look on ebay shows that I can unite this patch with the top portion of it, but that would set me back about $1000.

I think I'll be content to keep this on its own.

And there you have it!
Posted by buckstorecards at 08:52