Here's another thing I've been away from too long - that RA case. 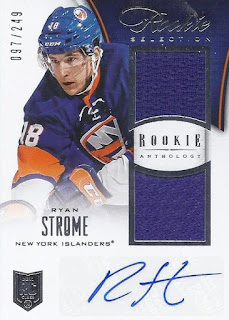 This was the pack's Rookie Selection card. This is a dupe of a previous pull, but he's still in the league so I won't complain. It took me a bit to puzzle out why Strome would have the H in his signature, but then I realized "Oh, that's an S with a T next to it, the cross-line in the T just bled over". 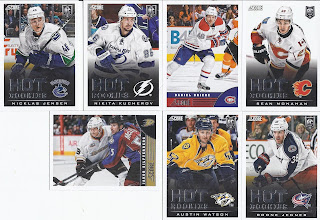 The Score cards. Monahan was the only one that I didn't get that I needed in the first case. 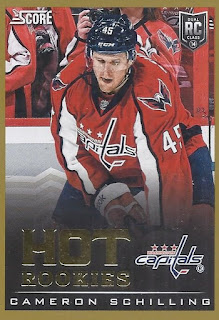 The gold parallel. Another dupe. 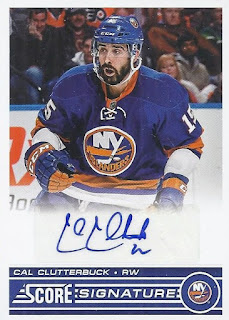 And the auto. At least its an interesting name with this appearance of Cal Clutterbuck. Interesting name as it was one of my favourites to say out loud. I think Derek Forbort has the title now.

Red aplenty in the Prizm Update cards, even though Tim Thomas goes green on the back, since it has the 'traded to Dallas' designation. 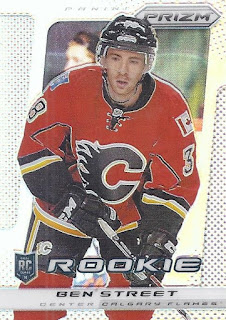 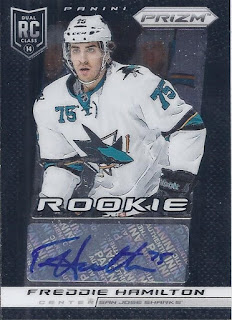 And an autograph! Freddie does appear to be done with his NHL career, closing it out with a handful of games in Arizona last year. Decent enough sig, though. 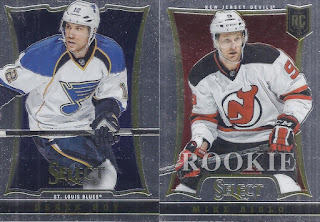 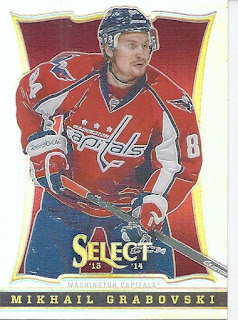 And some more shininess! 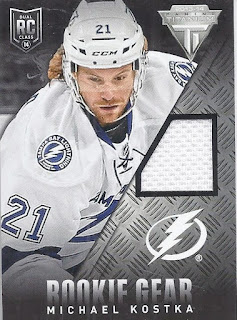 Not too much to see outside of the main featured sets. Kostka played for 3 teams in 13-14, Toronto, Chicago and Tampa. I'm guessing this is a Leafs swatch. 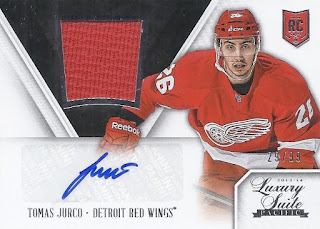 Pretty blah box on the whole, but at least I got myself another Clutterbuck auto.
Posted by buckstorecards at 09:00