After going high-end on the weekend with the tin of Premier, its nice to go back to my roots. A Surprise bag and a $1 hanger from the Dollarama. 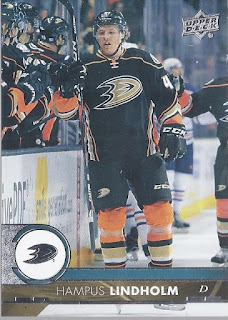 Starting with the $1 pack, this one's front visible card was the first card in last year's UD flagship set. 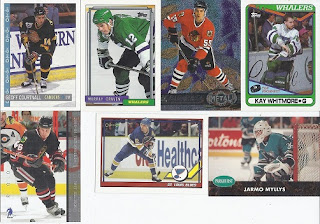 Here's the next 7 cards. The Blackhawks win this group in terms of interesting cards. Metal Universe cards are always a little odd, but getting a card of a player I don't remember is always fun. Matt Ellison played a handful of games over 4 seasons in the NHL, but has been busy in the KHL since, and is still playing there. 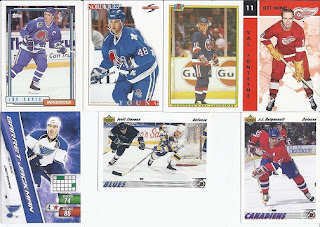 And the other 7. Faux vintage and a Rangers alum are the draws here, making this a worthwhile use of a loonie. 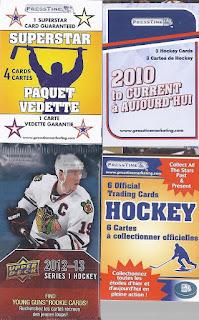 The 2010s pack. At least there was a completely random Portfolio appearance. 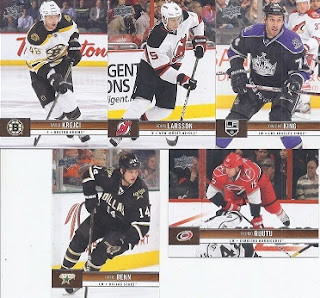 The airborne Ruutu is the highlight of the 12-13 pack. 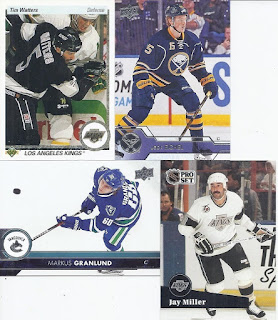 At least it easy to pick out the Superstar in this group. Both the Granlund, and the Lindholm were needed for my mainly repack build of last year's flagship set. 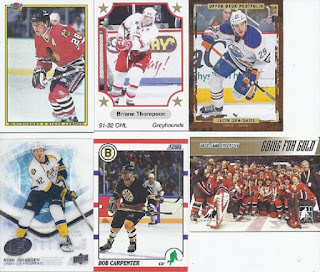 I wonder how many times a day people Briane meets mispronounce his first name. There's the standard stuff here, but there's also a pair of sure keepers in the random appearance of an acetate card, as well as the Team Canada medal winning photo. That's the type of picture that belongs on a team checklist!

And there's your repacks!
Posted by buckstorecards at 05:59