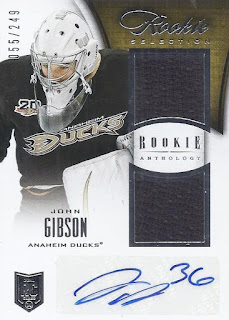 Starting off with the base/rookie selection card, and it is a pretty good one. A top goalie on a contending team is a far better gauge of a player than my usual "Is he still playing on this side of the Atlantic?" 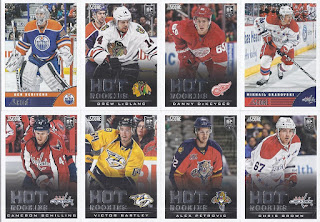 The score base cards. 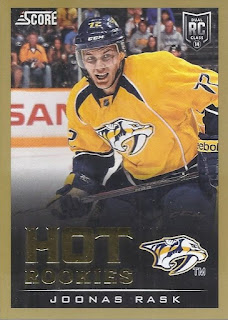 Joonas Rask may no longer be in the NHL, but at least he didn't make headlines for the same reasons the Preds player featured on the gold parallel in the previous box did. 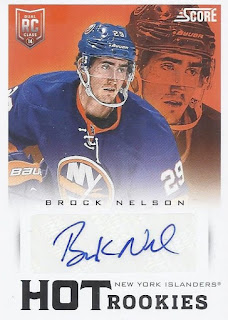 Auto #2, and I'm two-for-two for guys still being around. He just re-upped for another year with the Islanders.

Prizm base cards. No dupes from the previous box this time. 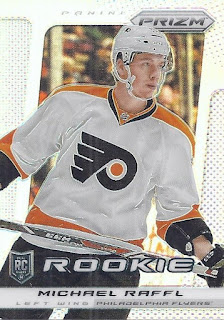 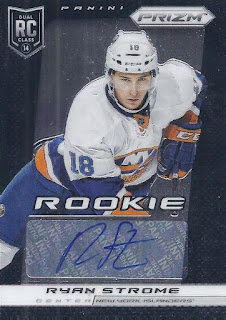 And an autographed Prizm. That's the second Islanders auto so far, but Strome has since moved on and is now with the Oilers. At least card companies can use the same coloured jerseys to take advantage of that with relic cards. 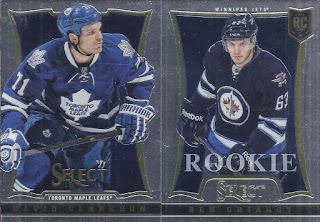 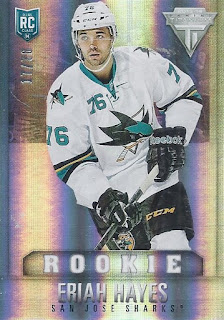 More shininess with this box, as one of the Titanium Update cards was also contained within. There are ones numbered to the draft position (max 100) and ones numbered to their jersey number. One of the two is considered to be a true rookie, but I can't really say I care enough to figure out which. 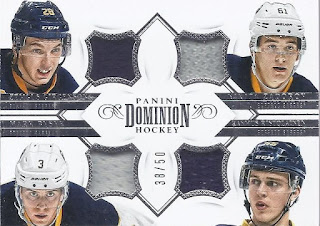 There's a nice quarter of relic featuring Buffalo Sabres rookies. Panini didn't do too bad a job picking players for this card, as all 4 remain in the league as of last season, and two of the players remain in Buffalo. 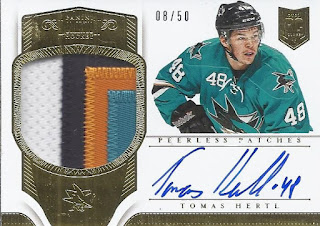 Dang! This is a great way to end the box! 4 colours on the patch and an on-card autograph. What a keeper!

Or it would be, if I didn't pull a second card from that exact subset of Hertl in a box I grabbed at the Expo this past May. Oh well, at least it falls nicely into my next COMC submissions.

And there you have it! Now it is time for some pre-game entertainment courtesy of the #billsmafia hashtag.
Posted by buckstorecards at 08:10